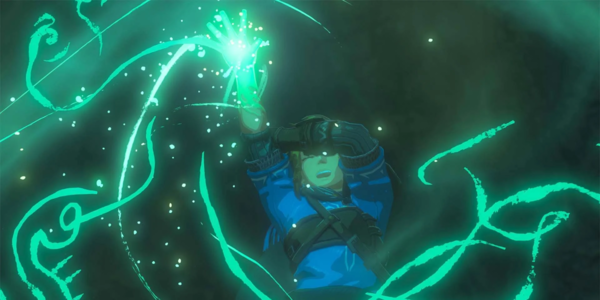 While we didn't get as much news about Zelda: Breath of the Wild 2 as we had hoped, we did get a glimmer of hope for later this year. Nintendo's Eiji Aonuma confirmed that development on the game is progressing smoothly, and Nintendo hopes to share more details later on in 2021.

Nintendo pamphlet confirms Link and Zelda are "deep within the caverns beneath Hyrule Castle" in Zelda: Breath of the Wild 2 (UPDATE) 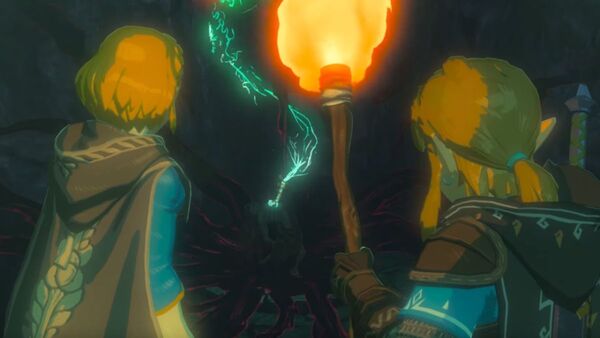 UPDATE - Unfortunately, this isn't new and doesn't come from Nintendo. This was originally from GamesRadar in 2019. You can find the original post below.

We've only had one teaser video for The Legend of Zelda: Breath of the Wild 2 so far, but that's been enough to fuel speculation on the game ever since. Fans are looking to glean any tidbit of info possible, and a new Nintendo marketing pamphlet gives us the tiniest of morsel to feed on. You can read the blurb from the pamphlet below.

Finally, Link and Zelda return in the eagerly awaited successor to unforgettable action-adventure The Legend of Zelda: Breath of the Wild, with series producer Eiji Aonuma promising a darker adventure this time. Deep within the caverns beneath Hyrule Castle, a new and powerful threat awakens. Can our courageous heroes save the kingdom again?

Not a mind-blowing statement by any means, but always nice to have a confirmation. What were Link and Zelda doing in the caverns below Hyrule Castle to begin with? How much of the game will involve working our way through this underground hollow? Hopefully Nintendo shares more insight soon.

Thanks to MangoJackie93 for the heads up!
Source: Link
Rating: 1

RUMOR - The sequel to The Legend of Zelda: Breath of the Wild listed to be released "2nd quarter of 2021" according to Austrian retailer

According to Austrian retailer Gameware:
-Shin Megami Tensei 3 HD will release in May 2021
-Zelda BOTW 2 would release during the 2nd quarter of 2021 (calendar year or fiscal year?)#Zelda #SMT pic.twitter.com/UM377DZWWo

An Austrian retailer by the name of Gameware states that The Legend of Zelda: Breath of the Wild 2 will be released in the second quarter of 2021. The retailer has been given credit for correctly predicting the release date for Kingdom Hearts: Melody of Memory in the past, but it is currently unknown if this release window is an accidental but accurate date or just a mere speculated one. Nintendo did have a habit of dropping game trailers and releasing major first-party games just a few months afterward back in 2020, so it is possible that Nintendo may perform something similar again this year.
Source: Link
Rating: 2

GameSpot Video - 9 Things We Want In Zelda: Breath Of The Wild 2

A sequel to The Legend of Zelda: Breath of the Wild is confirmed to be coming, so we take the time to look back at the series as a whole and think about what we'd want to see from the next installment.

Famitsu most wanted for Issue #1664

What's YOUR most anticipated game?
21 October, 2020 by nintendojam | Comments: 0 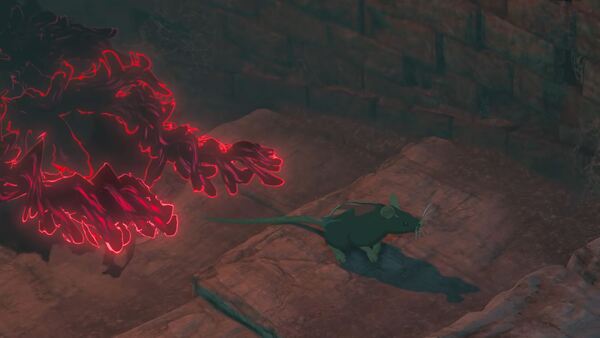 This week's issue of Famitsu has been released, and with it comes the most wanted games from readers of the Japanese publication. Check out the top 30 most anticipated releases below!

Could a future Switch successor bring this level of breathtaking clarity?
07 October, 2020 by nintendojam | Comments: 1

With the launch of the PS5 and Xbox Series X just one month away, and rumors of a Nintendo Switch Pro coming soon, many tech lovers have 4K on the brain.

The Legend of Zelda: Breath of the Wild 2 is a highly anticipated release for Nintendo Switch, and YouTuber SnazzyAI recently used AI upscaling and machine-learning on the E3 2019 trailer to see just how good the game would look running in 4K at 60FPS.

Even with a potential Switch Pro, it's extraordinarily unlikely we'll ever see BOTW2 running with this level of graphical clarity (at least officially), but it's still beautiful to see the possibilities!

The Nintendo Switch Pro is inevitable, right? We've heard the rumors of Nintendo asking developers to make a 4K version of their games. So, this is my way of pitching 4K60 for Switch Pro. I took the official BotW 2 trailer, AI upscaled it to 4K and then used machine learning-based video interpolation to emulate a 60hz refresh rate versus the 30 fps Breath of the Wild runs on the OG Switch.

Famitsu Most Wanted for issue 1658 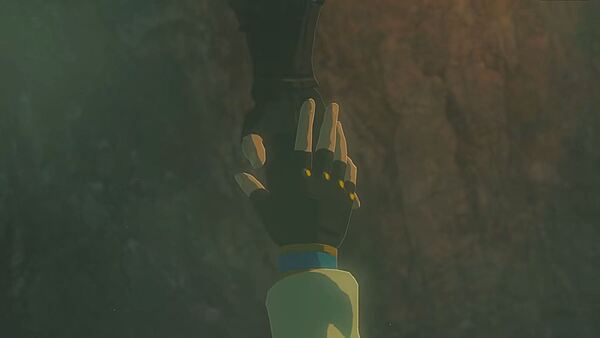 The latest Famitsu Most Wanted poll results are in. Issue 1658 is now available, and you can see the most-wanted Switch titles below.

Back to where it all started
08 September, 2020 by rawmeatcowboy | Comments: 5 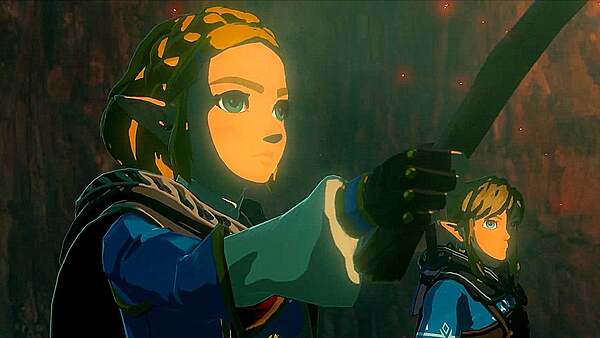 Earlier today, Eiji Aonuma was front-and-center for the reveal of Hyrule Warriors: Age of Calamity. Before he revealed that title, Aonuma did comment quickly on Zelda: Breath of the Wild 2.

“Regarding the Breath of the Wild sequel, in order to make the vast world you enjoyed exploring in the original game even more impressive, the team is working hard on its development, so you’ll have to wait a bit longer before we can provide more updates.”

The way that statement is worded does make it seem like Breath of the Wild 2 is going to take place in the same location as the original. There was some speculation that the game would move to another location, due to the scene in the reveal trailer where Hyrule Castle floats away. This comment from Aonuma certainly sounds like they'll just be adding to the current setting.

RUMOR - Spanish voice actors for The Legend of Zelda: Breath of the Wild 2 say their work is done (UPDATE)

Could this one be coming sooner than expected?
06 July, 2020 by rawmeatcowboy | Comments: 13 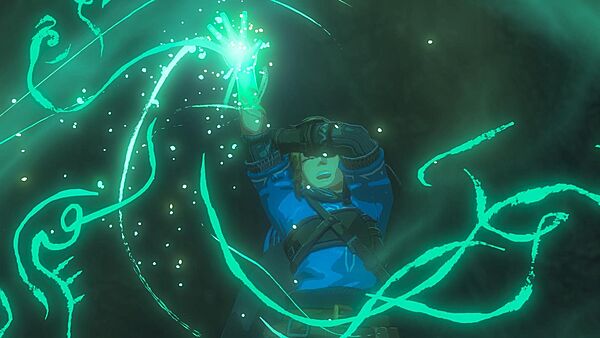 Nintendo has hardly made a peep about The Legend of Zelda: Breath of the Wild 2 since they revealed it, and fans are extremely eager to find out new details. While Nintendo remains quiet, it seems some people involved with the project may have let loose with a juicy tidbit.

The Spanish podcast "A Coffee With Nintendo" recently interviewed Marc Navarro and Nerea Alfonso, the voice actors for Revali and Zelda respectively. During the podcast, it seems that the two make mention of their work on the Spanish dub for the sequel being done. That's quickly followed up with a little clarification, with the duo saying they're not actually sure if they're allowed to share that information.

If that tidbit is indeed true, then Zelda: Breath of the Wild 2 could be much further along than expected. Let's hope Nintendo comes out and shares an update that gives us firm details on when to expect the game's release.

Thanks to Sergio for the heads up!

UPDATE - Risu64 on Twitter listened to the podcast snippets to give things a little more context. Risu says the duo almost slip on mentioning a story detail about the second game, but then quickly backpedal by saying they're not sure if they worked on the second game or not. After that, we hear one voice actor say, "There's a lot of weird stuff surrounding Zelda in the first game, and also in the second game, which we haven't worked on [laughs]." That second statement makes it very clear that they've at least done some work for the sequel, as you couldn't say there is 'weird stuff' surrounding the second game unless you had some knowledge of it!

Furthermore, Twitter user ReyVGM says the duo stated that there's "a lot of paranoia surrounding the 1st and 2nd Zelda," which the two say they haven't worked on the second one, but in a tongue-in-cheek way. The paranoia the two were referencing pertains to contracts and NDAs.

UPDATE 2 - The team behind the podcast have released a statement on the speculation and discussion that has surfaced around the interview. Their team claims some of the discussion has been taken out of context. You can read their full statement below. 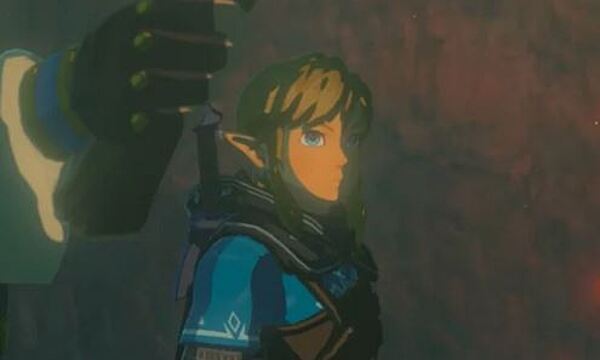 Famitsu's most wanted Switch games for the week of June 11th, 2020 has been released, and the sequel to The Legend of Zelda: Breath of the Wild takes the #1 spot for Switch games for the 12th week in a row. Check out the top 40 most anticipated games from Famitsu for June 11th - 17th below!