New Super Lucky's Tale 'Behind the Scenes' Featurette: The Music and Sound

Peek behind the game-making curtain: here's how we recorded the music and sound effects for the intro cinematic in New Super Lucky's Tale. 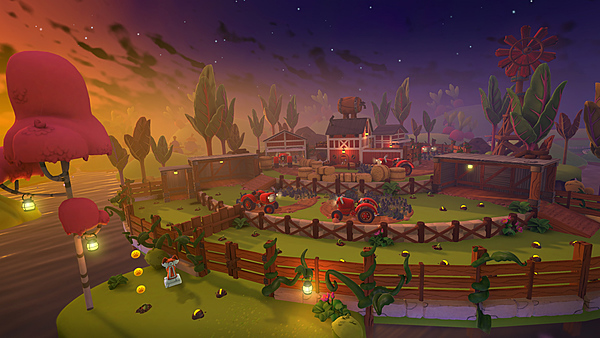 Playful Studios, the team behind New Super Lucky's Tale, has announced significant layoffs for the studio. Founders Paul Bettner and Katy Drake Bettner shared an open letter on the company's website about the restructure, and their path ahead. You can read the full statement below.

Since 2012, we have had the incredible opportunity to collaborate with some of the most talented developers in our industry, to create unique, beloved IP, and cherished original games. We’ve created and shipped multiple titles on a range of platforms to millions of players worldwide, and we are incredibly proud of the work our teams have accomplished along the way. During this time we have taken significant risks to grow our studio, we’ve dared to dream big, and we’ve worked hard to pursue these amazing opportunities together with our friends.

Continued changes in the global video game marketplace require Playful to evolve its approach to the development and production of our current and future projects. The studio will be pivoting to a more streamlined production model based on distributed game development and dynamic, project-based teams.

As part of this transition in our operating model, we have made the incredibly difficult decision to significantly reduce our full-time staff, effective today. We are truly heartbroken to be parting ways with many of our friends and colleagues. These are people who have poured their hearts into every game Playful has created, who have supported us and each other every step of the way, and have truly made this studio what it is today. We will be working closely with each person affected by this transition to help them move forward. 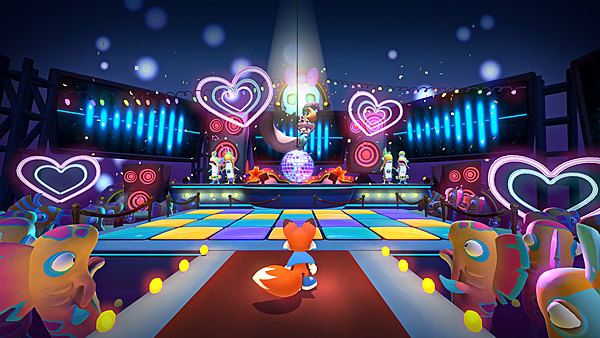 Great news for those still looking for the perfect present for the video game enthusiast: New Super Lucky's Tale is now available physically for Nintendo Switch in Europe and Australia!

Described as a "must-have for platformer fans of all ages", the digital version of the classic 3D adventure has already been celebrated by players and press around the world!

Experience an incredible variety of gameplay, ranging from 3D open-world hubs to story-based adventure levels to 2D side-scrolling challenges, rewarding mini-games, mind-bending puzzles, thrilling boss battles, and a memorable cast of characters!
A true love letter to classic 3D platformers, with hundreds of collectibles to gather, tons of rewarding secrets to unlock, and an entire wardrobe of costumes for the stylish adventurer!

All new levels, story, cinematics and character dialogue, tighter movement and player controls, a fully rotatable 3D camera, and sweet upgrades to nearly every other aspect of the game, including art and lighting, UI, sound, music, and more!

In this video, Did You Know Gaming takes a look at some facts, secrets and Easter eggs surrounding New Super Lucky's Tale.

"One of the best available 3D platformers on Switch."
01 December, 2019 by nintendojam | Comments: 0 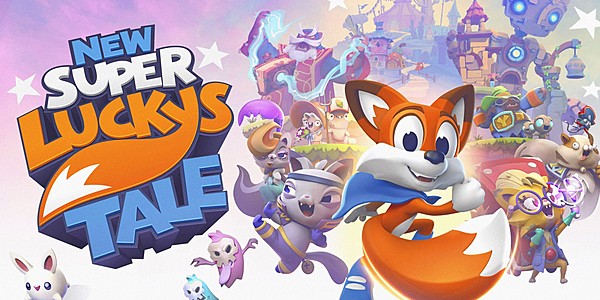 NintendoJam checks in with another review, this time sharing his thoughts on the 3D platformer, New Super Lucky's Tale. See what he has to say below! - RMC

Lucky joins the likes of Mario, Sonic, Banjo, Crash, and Spyro on the list of five-letter long names for iconic platforming mascots. While the young fox may not be as recognizable, he's got a special child-like wonder that helps to make “New Super Lucky's Tale” a silly, fun, heartfelt adventure.

Playful Corp. originally introduced the world of Lucky in early 2016, with the flagship VR title "Lucky's Tale", exclusive to the Oculus Rift. In late 2017, a sequel known as "Super Lucky's Tale" was published by Microsoft for Xbox One and PC, ditching the platformers virtual reality gimmick. Fast-forward to today, as the end of 2019 approaches, Playful has independently published a reworked version of Lucky's sequel for Nintendo Switch. Impressively, New Super Lucky’s Tale runs at a full 1080p in docked mode and 720p in portable. Matching the Xbox One version, It keeps a consistent 30 frames per second. 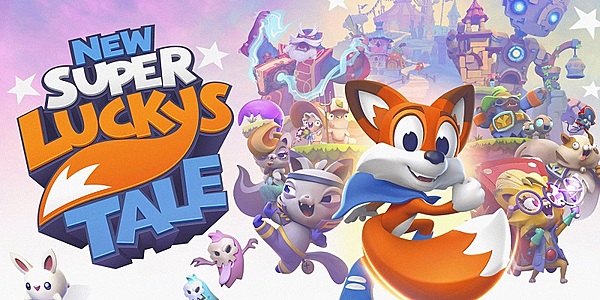 While we don't have a version number, we've learned that an update is available for New Super Lucky's Tale. This update provides various bug fixes, and improves loading times. If any other details are shared for this update, we'll make sure to add them to this post. 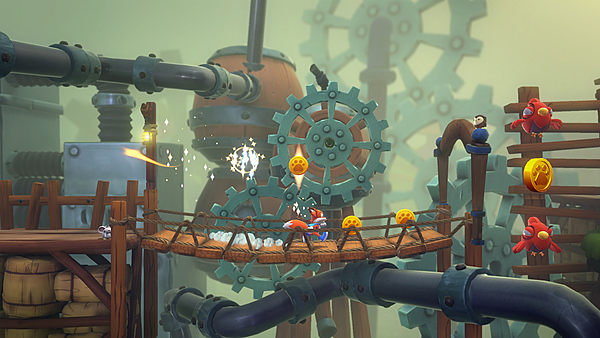 New Super Lucky's Tale has come to Switch, and it's pretty much the definitive version of the original Super Lucky's Tale. That said, there are still plenty of ideas the team had to leave on the cutting-room floor, as well as thoughts on a sequel. In an interview with Nintendo Life, creative director Dan Hurd talks about all of that content.

We even had some early prototypes where Lucky had like a companion character, there's something I would still like to do there at some point, I think we got too complicated with it, but there's a really cool opportunity for that if we go into like a sequel or something from this title and those are the types of things I immediately look to.

How do we further refine the core of what we love about this, but really shake-up other pieces of that make it feel fresh and invigorating. I would probably like it a little less if it just didn't add that much to the core experience, cause then why am I spending time with it - I want our players to really experience something fundamentally new by the inclusion of that, so that's kind of the high bar we've set...for new moves or new characters, they kind of must add that breath of fresh air of the way you experience and approach the game.

Of course, this project wouldn't have happened in the first place without the go-ahead from Microsoft. As we've mentioned before, Nintendo was more than happy to see the game come over as well, which only goes to show how strong the relationship between Microsoft and Nintendo has been lately. Later in the same interview, Playful founder Paul Bettner and company president Mark Stanley talk about just how much the enthusiasm from Nintendo helped fuel their dev team.

We saw that energy and that passion the [development] team had to keep going with the Lucky franchise and we said okay let's just keep going, let's take that and put it into the product and keep evolving it and improving it

We met with Nintendo after that...we combined those superpowers with the energy Nintendo brought to it when they first laid their hands on the game, on the early builds of the game - they were so thrilled by it and that just energized us even more

And we felt that the Nintendo audience was such a perfect fit for a game like this, but we didn't know at the time how Nintendo was going to feel about that, and it has just been the most warm embrace by their team, they played it - they didn't know either, I think, but they sat down they played the game and you know they kind of just looked up and smiled, that's it basically. That was like the best feeling because they know their audience and they know the quality they expect of games, especially that they're gonna kind of partner with the developer directly to bring something to market and so having that embrace, it means a lot to us 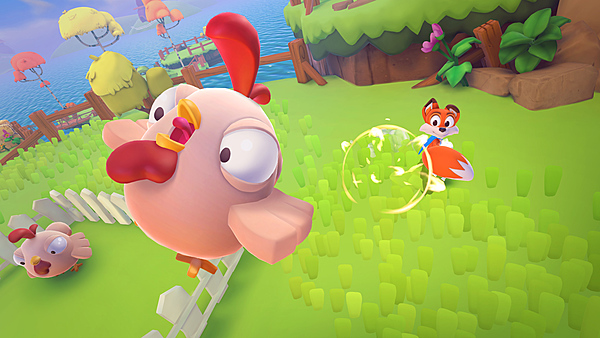 New Super Lucky's Tale hit the Switch recently, and the developers behind it couldn't be more excited. 3D platformers just seem at home on Switch, and developer Playful knows it. In an interview with NintendoEverything, Playful discusses why they felt it was right to bring the game to Switch.

After the launch of the last Lucky game (Super Lucky’s Tale on Xbox One), we felt like there was more we wanted to accomplish with the franchise. Every team member voiced how passionately they felt about spending more time so we could create the definitive version of a Lucky game.

In order to achieve this, we had to find a way to do it on our own. Playful supported that passion by investing our own money and time to reimagine and expand the game in all the ways we were excited about. A lot of work went into this game, and we truly hope players enjoy playing it as much as we enjoyed making it!

The Nintendo Switch is the perfect platform for New Super Lucky’s Tale. Its broad player base fits the style and genre of the game we’re making, and we believe its community has a hunger (as we do) for more delightful platforming games. Plus, being able to take the game on the go is a huge added benefit!

So, when Nintendo approached us about helping Lucky reach as many players as possible, we could not resist! Everyone we’ve worked with at Nintendo has demonstrated a lot of love for Lucky, and their support, passion, and excitement over New Super Lucky’s Tale has been amazing. From our initial announcement at E3 to everything leading up to launch, Nintendo has helped to bring awareness of the game to millions of new players around the world; certainly more than we could ever have reached on our own!

Experience an incredible variety of gameplay, ranging from 3D open-world hubs to story-based adventure levels to 2D side-scrolling challenges, rewarding mini-games, mind-bending puzzles, thrilling boss battles, and a memorable cast of characters!
A true love letter to classic 3D platformers, with hundreds of collectibles to gather, tons of rewarding secrets to unlock, and an entire wardrobe of costumes for the stylish adventurer!

All new levels, story, cinematics and character dialogue, tighter movement and player controls, a fully rotatable 3D camera, and sweet upgrades to nearly every other aspect of the game, including art and lighting, UI, sound, music, and more!

New Super Lucky's Tale is out now digitally for Nintendo Switch worldwide and physically in Europe on December 13th!

Run, jump, climb incredible heights, burrow deep underground, overcome enemies, and explore amazing worlds on an epic quest to rescue the Book of Ages from the mysterious Jinx and his nefarious Kitty Litter!