Two Point Hospital delayed, now releasing the first half of 2020 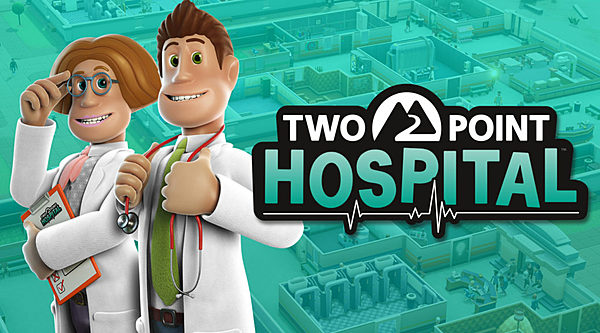 Two Point Hospital was originally planned to be released during the last half of 2019. Now, an official statement has been released from Two Point Studios announcing a minor delay for the upcoming title. A finalized release date has yet to be given, but we can look forward to the game in the first half of 2020. Check out the full statement from Two Point Studios' Craig Laycock below:

A big hello to you, the fine folks in our community.

We’ll cut to the chase: we’re going to delay the release of Two Point Hospital on console to the first half of 2020 to make it the best it can possibly be.

We invited press to come into the studio and get hands on with the game not too long ago, and they loved the direction we were heading in, especially with the revamped control scheme, redesigned for console platforms.

We also showcased the game at Gamescom, with hands-on playable code on the show floor, which went down well with hundreds of players. It was exciting and rewarding to see so many people getting hands on with the game.

All of that reaction has been fantastic to see, and it’s just another reason why we really care about getting the final release right.

So why the delay? Put simply: making a management simulation game on three consoles (and making it the best it possibly can be on all three), is a tricky programming puzzle.

We have to take the game apart and figure out how to fit it into what is essentially a smaller box. That takes a fair amount of time and engineering work, and it turns out we need to take a little more to iron out the remaining creases.

So, we’re going to take a bit longer to get that right. We expect a new release date for Two Point Hospital Console to be in the first half of 2020 and we’ll be sure to keep you right up to date with our progress.

We know you’ll be a bit disappointed by this news, but hopefully you understand why we’re doing it: quality is the most important thing and we want you to have the very best experience.

We’ll be sure to show you more soon,

Join the team at Two Point Studios as they take you through the illnesses and cures of Two Point Hospital.

Put on those tin foil hats, Two Point Hospital takes a dive into the extra terrestrial unknown with the all new Close Encounters DLC! Including three new unusual hospitals set in different locations, 34 new illnesses (including 11 visual illnesses), three new cure rooms, as well as new challenges, features and of course, you get to see them aliens.

With Two Point Hospital making its way to Switch, it's very likely this DLC will come over as well. For all we know, it'll be included with the base game once it hits Switch. We'll keep tabs on the DLC situation and bring you official word once it's available.
Source: Link
Rating: 1

The devs behind Two-Point Hospital talk about redesigning the popular PC title to work on consoles, how to keep your hospital from descending into complete anarchy and the perils of total facial replacement. 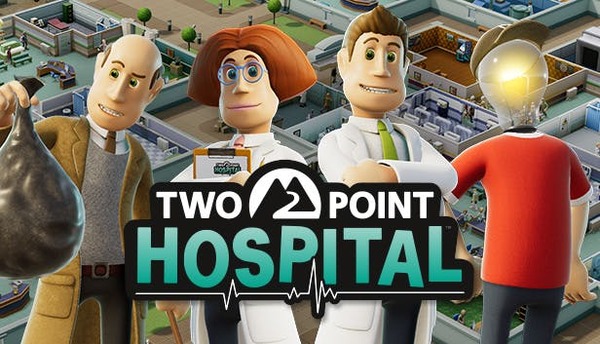 SEGA has today revealed its line-up for gamescom 2019, where visitors will be treated to a first-hand look at an all-new AAA game that has yet to be revealed to the public, the highly anticipated Catherine: Full Body, Two Point Hospital on consoles, and the retro-inspired SEGA Mega Drive Mini. All will be available at the Koch Media stand in Hall 9.1, C015.

SEGA/ATLUS will showcase the beautifully remastered update of the cult classic RPG/puzzle game, Catherine: Full Body – Launches 3 September 2019. Players will get the chance to try the demo which contains cutscenes that provide context to the title's complex and nuanced narrative. Plus, there will be a playable segment from early in the game, which showcases several gameplay features; such as a variety of puzzles, character interaction/development and more.

Sharing the spotlight is the critically acclaimed Two Point Hospital on PS4, Xbox One and Switch, developed by Two Point Studios. It's the ultimate management sim where you play the role of hospital administrator who must build, cure, and improve in an ever-changing and atypical healthcare environment. Visitors to the stand will be the first in the world to experience Two Point Hospital on consoles by completing the first chapter.

Are you ready for a blast from the past? The long-awaited SEGA Mega Drive Mini, coming to stores 4 October 2019 in Europe, will be available to visitors of the stand and all 42 games will be playable using a GIANT, fully functioning SEGA Mega Drive controller! The nostalgic console includes some of the most popular games released by SEGA including the much-loved Sonic The Hedgehog and the iconic Streets of Rage series. Other glorious titles included in the SEGA Mega Drive Mini include Darius, Road Rash II, Virtua Fighter 2, Ghouls and Ghosts, Strider, Kid Chameleon, and many more.

Two Point Hospital is Coming to Switch in Late 2019

The doctor will see you later this year
23 July, 2019 by rawmeatcowboy | Comments: 0

London, England – July 23, 2019 - SEGA® Europe Ltd. and Two Point Studios™ are thrilled to announce that after an exceedingly successful PC launch in August 2018, the critically acclaimed management sim, Two Point Hospital is coming to Sony PlayStation® 4, Microsoft Xbox® One and Nintendo™ Switch, both physically and digitally, late 2019. Celebrate this news with Dr. Clive Marmalade as he gives you a tour around Two Point County: https://youtu.be/GjIk16rGrYU

In the atypical and engrossing world of Two Point Hospital you, the hospital administrator, must deal with many tricky situations on a daily basis, taking on varied challenges and demonstrating your ability to build, cure and improve in the hardest and strangest circumstances. Running a hospital empire can be – often literally – a messy business. So, make sure to train your staff and deal with their wide-ranging personality traits if you want to defeat the healthcare competition of Two Point County, and don't worry if you can't save every patient, ghost capturing janitors are here to help!

Since its successful PC release, Two Point Hospital has seen a wide-range of new features added to the game thanks, in part, to a lot of great community feedback. Many of these features, such as Interior Designer, copy-paste room layouts and character customisation will all be included for the console launch later this year. Players will even be able to experience the recently added expansions 'Bigfoot', set in a snowy region and 'Pebberley Island', where you tackle new challenges in the tropics. Two Point Hospital will be fully rebuilt for console gaming, with controls that brilliantly work for playing on the go or with a controller in hand.