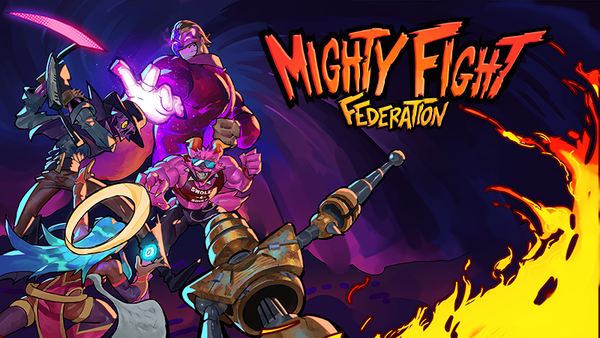 We finally have a release date for Komi Games' arena fighter Mighty Fight Federation, although currently only for Europe. Launching tomorrow, February 25th, 2021 from publisher Forthright Entertainment, the North American release will reportedly follow soon after. Sadly, exactly how soon after isn't clear. The game will be priced at $29.99 and be available via the Nintendo Switch eShop.

We are incredibly excited to announce that, in collaboration with @ArcSystemWorksU (@ARCSY_Event), Kunio & Riki, the hot-blooded tough guys from the Downtown Nekketsu and River City series, will be coming soon to the Mighty Fight Federation! Stay tuned for more updates. #FGC pic.twitter.com/QjrolY7RST

Mighty Fight Federation devs would like to do a physical release 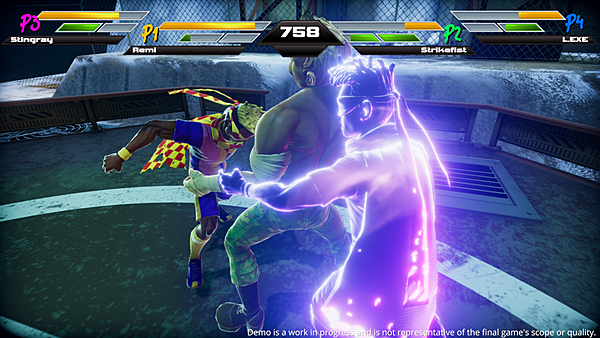 Mighty Fight Federation is coming to Switch, but as of right now, it's going to be digital only. According to an QuarterCircles interview with the dev team, there's plans to try and make a retail release happen.

We’re definitely planning on digital console releases, and we would absolutely love to find a partner to help us launch physically. Once we’re a bit closer to release we’re going to reach out to potential manufacturing partners and gauge interest.

Mighty Fight Federation is a multiplayer arena fighter with a focus on fighting game fundamentals. Slam your enemies into walls, launch them into the air and follow up with fast, high-flying attacks. Choose from 11 fighters, each with unique play-styles and deep combo opportunities.

In the vast reaches of space there lies a being of incredible cosmic power known only as Hyperion. Wielding the ability to bend reality to his will, he has collected the hypest warriors from across the multiverse. His goal? To pit them against each other in the universe’s most electrifying pay-per-view event: The Mighty Fight Federation!

Mighty Fight Federation is a throwback to classic 3D arena fighters, but with a focus on fighting game fundamentals. Select from a roster of characters each with distinct and deep combo opportunities. Use the game’s Hype mechanics to zone, evade, counter and play mind-games with your opponents. Mighty Fight Federation combines the old with the new in a fresh competitive twist on the party-fighter genre.

Breakers – From hitstun or knock-back, you can spend one bar of Hype Energy on a Breaker to immediately reverse your opponent’s combo and put them into a knock-back state. Time it just right and you’ll get a free Red Breaker.

Hype Cancels – During an attack you can spend one bar to Hype Cancel out of it. This lets you create combos from moves that wouldn’t otherwise link, or escape from dangerous situations.

Hype Factor – Spend both bars of Hype Energy to activate Hype Factor. During this mode, you won’t build any Hype but for a short time your damage output and speed will be increased and you’ll slowly regain lost health.

Hype Attacks – Once per match, at any time, you can throw out a devastating Hype Attack. Use these to punish an opponent who’s put themselves in a precarious position. Every character has a different Hype Attack with different use cases.

Multiplayer Mayhem – Battle with up to four players locally and online.

Play By Yourself – Learn the truth behind Hyperion’s plans in Story Mode, experience “what if” endings in Arcade Mode, and get good with character-specific tutorials and Training Mode.

Choose your Character – Pick from a roster of 11 outlandish characters with unique play-styles. Place traps, throw explosive projectiles and charge in with rush-down combos. Find the style that fits the way you play

Fight or Flight – Build energy to spend on combo Breakers or spend it all on a Hype Factor activation that can turn the tide of battle. The right choice can make all the difference.

Mighty Fight Federation is coming to Switch sometime in Q2 2020. The game's official website is open right now, which shares