Brigandine: The Legend of Runersia updated to Version 1.1.5 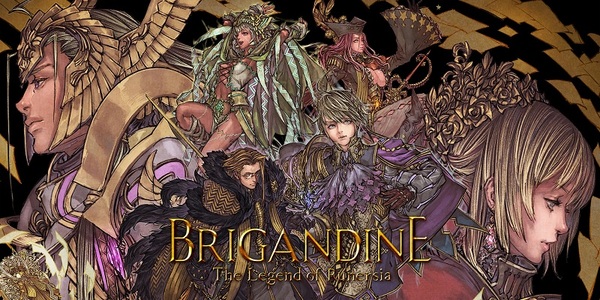 Brigandine: The Legend of Runersia has been updated to Version 1.1.5. Check out the patch notes for this update below. 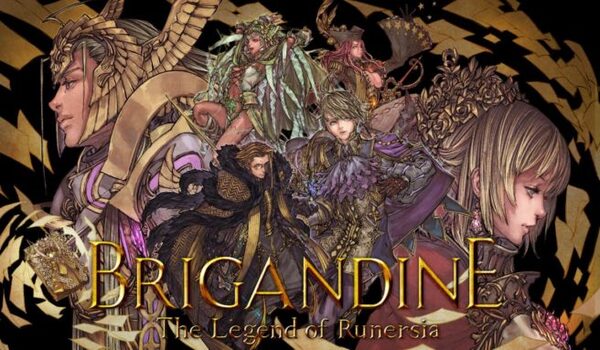 Version 1.1.4 is now available for Brigandine: The Legend of Runersia. These are the update's patch notes:

Fixed issue where items can be accidentally used on dead monsters from Manage Items during the Organization Phase.

Brigandine: The Legend of Runersia ‘Titans and the Iron Front’ English trailer

The "Titans and the Iron Front" update for Brigandine: The Legend of Runersia hit the Switch last week, but we didn't have an English trailer to share. That video is now available, and you can have a watch above. If you want a rundown of what the update includes once again, you can see our original post here.

Brigandine: The Legend of Runersia ‘Titans and the Iron Front’ update now available

Brigandine: The Legend of Runersia has gotten a “Titans and the Iron Front” update. This adds in all new features and content, along with bug fixes and more. You can read the full patch notes and a message from the producer below.

You can now customize up to 8 settings to enjoy a wider range of game difficulty.

Toggle Auto Mode ON / OFF whenever you like, such as when you come into contact with an enemy unit or only during monsters’ turns

If you set the CPU Defensive AI to “Guard Castle Hex” in the Custom difficulty settings, the CPU will deploy and keep troops around their castle (base) hex.

Players are able to use of items or changing of equipment across all bases.
Added function to discard multiple equipment at once.
Added function to release multiple monsters at once.
Added Repeat command in Quests to repeat a particular quest every season.
Display details when collecting items during quest results.
Added detailed stats page for knights and monsters in Info panel.
Sort function in Info panel will now remember last sort order.
Added info for knights in each base on Main Map.
Added Info and Power Relationship to System Menu.
Added option for number of front line knights confirmation dialog (can be toggled ON / OFF).
Game version at start of game and selected difficulty now displayed when replaying battles.
Increased monster limit from 100 to 200.
Combat: Increased changeable camera angles (height) from two to three tiers.
Combat: Added option for army color-coding (switch between two types).
Combat: Attacks on fainted units will always hit.
Combat: Added option for a slower battle fast-forward (select from three tiers).
Combat: Shortened display time of healing or poison damage at start of turn.
Added option for faster cursor speed (select from four tiers).
Adjusted menu behavior to prevent players from accidentally ending their turn.
Removed level-ups from random events in Challenge Mode.
Adjusted summoning/organization algorithm to favor monsters with higher costs.
Fixed a rare GPU-related bug.
Lowered volume for level-up sound effect.
Combat: Fixed bug where retreating knights occasionally could not be found in any base.
Fixed issues related to the recruiting conditions of certain knights.
Tutorial: Fixed rare bug that occurred during screen transitions.
Minor text fixes.
Other minor bug fixes.

When a unit with a Lapis Exilis accessory is defeated, they sometimes turn transparent upon revival.

After inputting certain controls, incorrect numbers are sometimes shown in commands to knights on the main map (quests, movements).

When there are knights on the move in Katchana, the display will overlap with the adjacent base of Koaloopa.

After an event, the next phase sometimes begin with the event BGM still playing.

Scheduled to be fixed in a future patch.

Letter from the Producer

Hello everyone! I’m Igarashi, the producer of Brigandine: The Legend of Runersia.

We’re very happy to announce that the “Titans and the Iron Front” update for the Nintendo Switch version of Brigandine: The Legend of Runersia is now available. This producer letter is to express our gratitude toward our fans who have played the Switch version or are considering the PlayStation 4 version. We’ll also be sharing some details about this exciting new update.

To begin with, I’d like to give a big thank you to everyone who has already bought and played the game! The objective of this update was to offer those who have already played through the game extensively something new to tinker with as the year comes to an end. Please update the game to rediscover a fresh new Runersia!

If you’re thinking about buying the PlayStation 4 version that will be launching next week on December 10, rest assured that “Titans and Iron Front” will be available as a day one update for your enjoyment.

There are around 30 new updates for the game this time. You can check the full details [above], but there are a few in particular I’d like to explain in a bit more detail in this letter.

This new difficulty allows you to customize up to eight settings. You can now make the game easier than Easy or harder than Hard if you like! For example, if you found the Demo too hard, try these settings on your next playthrough:

I think you’ll find that the game becomes much easier to handle this way! On the other hand, players looking for the ultimate challenge can adjust the settings to favor enemy countries so as to test your skills to the max!

Many players have also told us they want to play the highest difficulty without any time limit, and this custom difficulty feature was created partly to meet those requests as well.

One of the eight settings of the custom difficulty is CPU Defensive AI. This is a new AI algorithm that determines the CPU’s defensive play style.

Select “Guard Castle Hex” and the CPU will deploy and keep troops around their castle (base) hex. This makes it more difficult to lure knights from their formation, forcing you to come up with new tactics!

Skirmishes around the base will become more intense, making it harder to clinch victory. Camping at the base and waiting for enemies during defensive battles is a strategy often used by human players, so we’ve implemented this tactic for the CPU AI as well.

Do also note that the “Guard Castle Hex” AI is only available in Custom Difficulty.

As long as there are no custom settings configured, enemies on all difficulties on the Main and Challenge Modes will be using the same AI as always. (However, enemy AI has been tweaked to be slightly more difficult to tackle in Hard.)

If you set CPU Defensive AI to “Random”, you won’t know which AI the enemy is on until you get to the battle. You’ll have to change tactics on the fly depending on enemy behavior, which may make battles more thrilling!

Adding new knights, classes, and monsters has been on the table since the start, as we knew that would delight the player base.

We have added two new monsters to the game in time for this year-end update. Once you try these unique new monsters out, you’ll see that they have well-developed merits as well as a few lovable flaws at the same time. They’re likely to be very useful when you’re trying out strategies against the new Guard Castle Hex AI!

Each battle tends to take quite a bit of time to complete, and we’d been wanting to improve on this aspect of the game. So for this update, we’ve implemented a function that turns Auto Mode on or off with a single button click.

You can take the following steps right after a battle starts until your troops make contact with the enemies:

Move only the knight during player turn.
Standby knight and turn Auto Mode on with the Left Stick.
Monsters start moving automatically.
While the last monster is still moving, turn Auto Mode off.
Repeat these steps for troop B, moving just the knight.
Move monsters using Auto Mode.

We’ve also added a number of quality of life functions that improve playability, such as a Manage Items UI, Info panels, Options settings, and others. You can check the details in the list that was linked above. These improvements were made with the feedback of many players in mind, so thank you for the suggestions!

That’s all from us for the update this time. There are still a lot of other things we want to add in future updates as well. We’ve received so much good feedback, requests, and wonderful ideas from all of you that we agree with. I really feel like the player base sees this game heading in the same direction as I’d like it to go!

This is a brand new entry to the series after 20 long years, and country conquest simulation games like Brigandine are not really mainstream these days. Despite that, you took a leap of faith and purchased the game, although it wasn’t exactly the cheapest, and some of you even bought a new console just to play it! That’s why we wanted with all our hearts to make this free update available by the end of the year.

In that sense, I guess you could say that we’ve moved one step ahead with our goals as well!

Although we do not have details to share about any potential future updates quite yet, we assure you that we won’t stop trying to bring something new to everyone who has supported us. The launch of the PlayStation 4 version next week will be yet another milestone in our goal to allow as many people as possible to enjoy this game!

As always, thank you for reading!

Free content update coming to Brigandine: The Legend of Runersia on Dec. 3rd, 2020 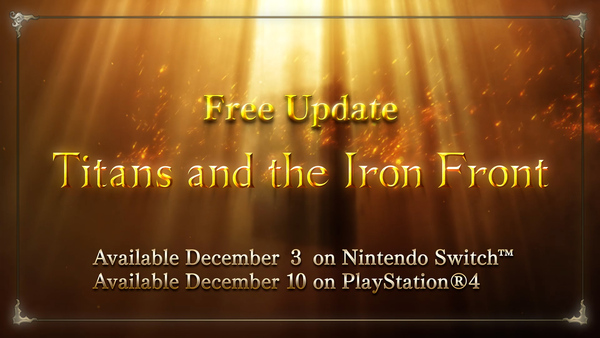 Happinet has announced that a free content update is dropping for Brigandine: The Legend of Runersia on Dec. 3rd, 2020. This content update is called Titans and the Iron Front, and new details on what this update includes will be shared on launch day.

Brigandine: The Legend of Runersia getting a free content update 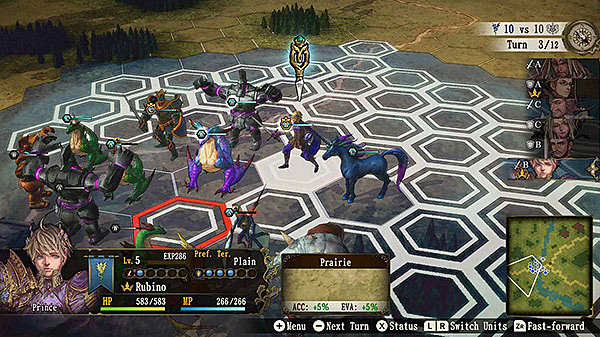 The latest issue of Famitsu contains a feature on Brigandine: The Legend of Runersia, and it reveals that something special is on the way. Those who have the game can look forward to a free content update on Dec. 10th, 2020. That's the date that was given for Japan, but hopefully the NA/EU update won't be far behind. Unfortunately, no details were shared on what the update will actually include.

Brigandine: The Legend of Runersia producer shares details on contents of a future update 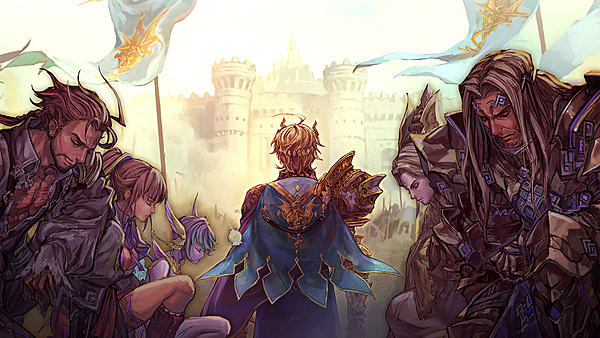 Brigandine: The Legend of Runersia was just updated to Version 1.0.3., but the team is already hard at work on another patch. While we don't have a release date, the game's producer did share info on what to expect from the game's next update.

Brigandine: The Legend of Runersia updated to Version 1.0.3 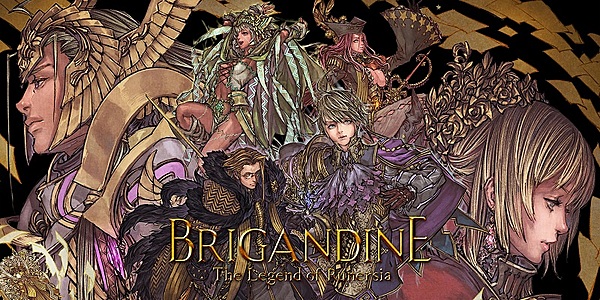 Brigandine: The Legend of Runersia has been updated to Version 1.0.3. Check out full patch notes below.

Another round of screens and art released for Brigandine: The Legend of Runersia 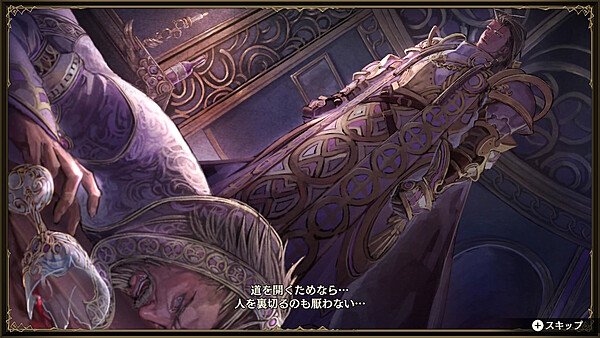 Check out more here and here

The continent of Runersia is home to six major powers with more than 40 bases, 100 knights, and 50 types of monsters. Select a ruler, compose your platoons of knights and monsters, and march to claim enemy bases. The player chooses how they will battle, so devise the best strategy to lead your nation toward continental conquest. How will your legend unfold?

The continent of Runersia is home to six major powers with more than 40 bases, 100 knights, and 50 types of monsters. Select a ruler, compose your platoons of knights and monsters, and march to claim enemy bases. The player chooses how they will battle, so devise the best strategy to lead your nation toward continental conquest. How will your legend unfold?