No one gets in. No one gets out. Welcome to Lockdown, the newest map in Rogue Company. Available now on all platforms. 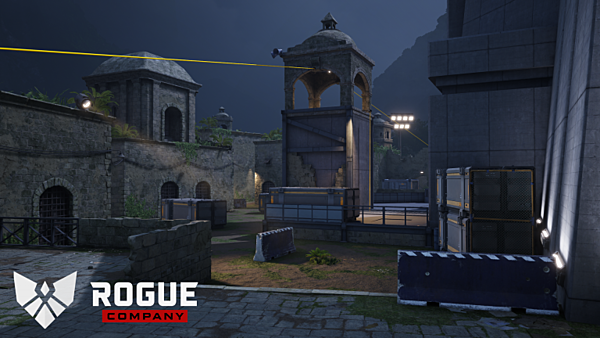 "Located deep in the jungles of Venezuela lies a maximum-security prison that houses some of the world’s most dangerous threats. Rogue Company has been called in to stop a breakout in progress. This new map features long sightlines for covering fire, contested power positions and intense close-quarter battles inside the prison’s walls."

Rogue Company is available in early access now on Switch, PS4, PC and Xbox one, with cross-play and cross-save across all platforms. Now that Rogue Bucks can be spent in the Store, the Founder's Packs are even better value - players should pick one up before they disappear!

Welcome to This Week in Rogue Company, where we'll be highlighting what's happening both in-game and within our community. Join Game Designer Nick Keogh for a look at the new map Lockdown, adjustments to aim assist, and one of our favorite gameplay moments from players!

Phantom was a genetic experiment, trained from birth to be an unparalleled sniper and assassin. The one who strikes from the shadows is now available in Rogue Company.

Welcome to This Week in Rogue Company, where we'll be highlighting what's happening both in-game and within our community. Join Game Designer Nick Keogh for a look at fixes for immunity, bomb planting, reconnecting, and more as well as some of the best gameplay moments from players!

Hi-Rez Studios has started a new series where they highlight the best player moments from Rogue Company. Today is the debut episode, and it's got some fantastic plays to show off. Check it out above, and maybe you'll see something you pulled off!

Welcome to This Week in Rogue Company, where we'll be highlighting what's happening both in-game and within our community. Join Game Designer Nick Keogh for a look at the Surrender System, In-Game Store, and some of the best gameplay moments from players! 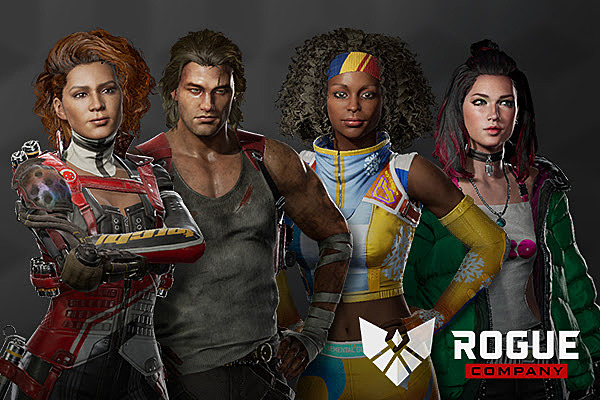 Rogue Company has gotten an update today, which the dev team has dubbed the 'Retail Therapy' update. Check out full notes on this update below.

The Rogue Company servers will come down on 9/2 at 7:00 AM (11:00 UTC) for maintenance to introduce a game update. Downtime is anticipated to be approximately 3 hours.

Rogue Company there is a lot to cover and little time to do it! The Retail Therapy update will introduce a number of new features, hotly requested bug fixes, and most importantly the Store! That’s right you can look good while you save the day by grabbing new wingsuits, Rogue skins, weapon wraps, and more!

Keep reading for all the details:

By popular demand, Deadzone adjustments for controllers can now be made in the settings menu!
Favelas has returned as an available map!
The PlayStation 4 and XboxOne keyboard and mouse has been disabled for now until we can provide a fully functional keyboard and mouse feature.
Players can now acknowledge/confirm teammates pings by pinging on top of existing friendly pings.
Players can now ping enemy deployables & gadgets, this will reveal them to your entire team and place an in world danger ping.
When equipping a camo or emote, you can now select an option to equip to all Rogues
Your weapon crosshair will now change to a friendly color when placed over an teammate

The Rogue Company Store is now available! Get ready to Look Good as you peruse a number of options to customize your Rogue, wingsuit, weapon, or emote. New items will become available each week so be sure to stop by frequently. Here is just a taste of what you’ll see!

There are times where the battle is a little one sided whether it be your team is having a bad game, or someone has disconnected and isn’t coming back. With the Retail Therapy update, your team will now have the option to offer a surrender in lieu of finishing your current Match.

Team members will have 30 seconds to cast their vote with no vote considered a no. If the vote fails, the team must wait 2 minutes before requesting another surrender vote.

Bleedout duration increased from 13s to 16s.
Players don’t swap sides on round 5.

Time for the bomb to explode has been reduced from 55s to 50s.
Demolition Bomb has projectile collision (no more hiding explosive stake inside the bomb).

This mode will now be available until further notice!
Note: This mode has been temporarily disabled to resolve an issue!

When ADS using a scoped weapon (will not affect non-scoped weapons), the edges of the screen will now be slightly blurred. This effect may be turned off in the Display Settings.

Fixed an issue where recoil was being applied over a longer duration than intended.

Fixed an issue where the Level 3 Upgrade of the MX-R was not receiving a recoil reduction.

Fixed an issue where the Level 1 and Level 3 upgrade for the D3D-i had different Kickback recovery delays.

Fixed an issue where holding down the Tab key to open the scoreboard would prevent it from opening again
Opening the scorecard prevents the user from walking forward when landing or opening scorecard for a few seconds at the start of the round
Ronin Ballistic Knife should no longer deal double damage upon proximity detonation
Adjusted Chaac so he can no longer fire his weapon before his ‘Stim Pack’ ability finishes
Fixed an issue where downed players could not use ping
Rogue Abilities should now recharge in Shooting Range after 20 seconds
Reduced the hitbox size of the sticky sensor to an appropriate size of the gadget
User reports the ability to repeatedly hide in a rock crevice on the map
Dima is no longer visible in two places at once in the Tutorial
Fixed a significant “shortcut” in the Tutorial
Flickering seams appear due to surfaces overlapping at the door after ‘Pick a Sword’ section.
The bomb in demolition can now be planted on top of objects in the bomb site
Fixed an area near the aquarium in Skyfell players weren’t meant to access
Gadgets can no longer get stuck in the Favelas garage walls
Fixed an area High Castle near site B to prevent players from accessing it
Players can no longer get stuck in or hide in Cliffs on High Castle
Fixed various map exploitable areas on Canals, Icarus, Factory, and Favelas.
Fixed a bug allowing players to make melee attacks significantly faster than they should by switching weapons.
Players should no longer get stuck in the social menu and be unable to close it
Players will no longer keep additional rounds gained from purchasing Shredder Rounds if they use buyback
Fixed an issue where players could spam quick melee and make attacks much faster than intended

Introducing the flashiest influencer of Rogue Company: Lancer. Rogue Company is a top-secret syndicate of elite Rogues around the globe. To most of the world, the elusive Rogues are a rumor at best. However, to those in the know, Rogue Company operatives are indispensable to solving the world’s deadliest and most challenging missions. As a Rogue, players will grab their weapon of choice and dive into iconic locations to compete online in various PVP game modes. 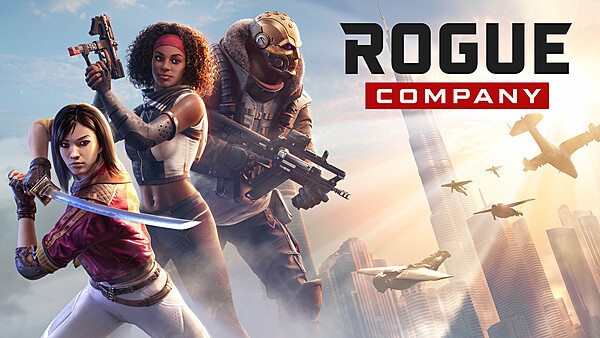 The latest hotfix for Rogue Company has been released. Check out the full patch notes below!