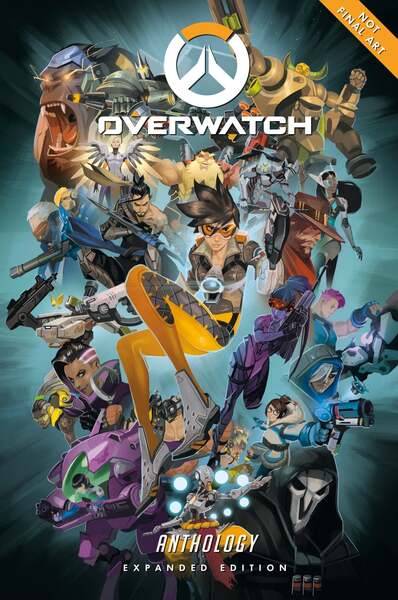 If you're a comic book and Overwatch fan, you have something to look out for in the near future. Dark Horse Books has revealed the Overwatch Anthology: Expanded Edition trade, which is a compilation of previously-released Overwatch comics. It launches on Nov. 23rd, 2021 for $25, and you can read a synopsis below.

In this exciting comic series, explore the backstories and motivations behind Overwatch’s most popular heroes—from Ana to Zarya!

This updated hardcover anthology now collects all of Blizzard Entertainment’s existing digital Overwatch comics from an all-star lineup of creators, including Ryan Benjamin, Matt Burns, Robert Brooks, Micky Neilson, Nesskain, Bengal, and more. Whether you’re starting in bronze or a Grandmaster, this expanded anthology adds over fifty pages of new comics and behind the scenes content, making it an essential companion to the Overwatch universe!

Blizzard shared two more Overwatch-related videos during BlizzCon Online 2021, which you can check out above. One of them dives into the voices behind the Overwatch characters, as well as insight into how the game's soundtrack was made. 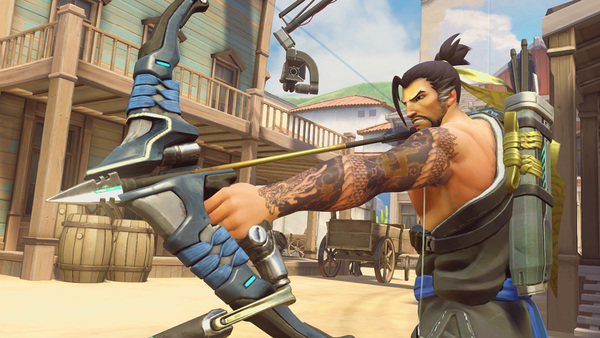 A new update is now available for Overwatch. Check out the patch notes for this update below.

This will make Fortify more reliable at preventing large bursts of incoming damage and make it more consistent as a defensive ability.

Reaper's shotguns have a high damage potential but require close range or large targets to fully utilize. We're smoothing this out by extending the range at which he can consistently deal damage while lowering the maximum damage of each shot.

With this change Winston will be slightly more resilient against shotguns, beams, and weapons with a high rate of fire.

For how often it can occur, Wrecking Ball's knockback is too strong. We're reducing the distance it moves enemy players to bring it more in line with other low cooldown knockback abilities.

Multiple Overwatch-themed panels announced for BlizzConline 2021, including a behind-the-scenes peek at Overwatch 2 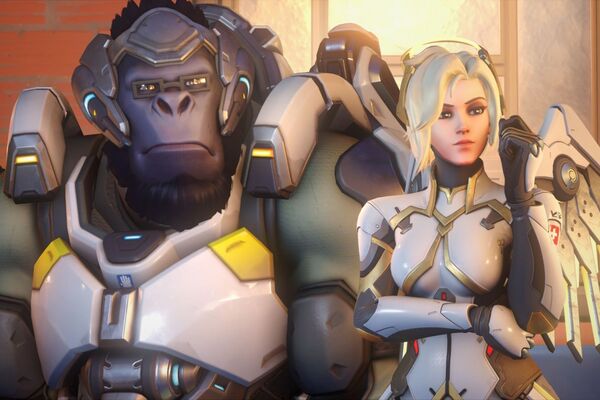 Blizzard has shared the official schedule for BlizzConline 2021, and there's a lot for Overwatch fans to look forward to. Multiple panels have been revealed, and we've rounded up each one below.

BlizzConline 2021 takes place Feb. 19th and 20th, 2021. If you want to see the specific days/times for these events, you can check out the full calendar here.

The next Overwatch event is underway, and it's centered on the Lunar New Year. From now until Feb. 25th, 2021, players will have a bunch of fun activities to take part in. See the full schedule below.

Ready for the fireworks to begin? Celebrate the Year of the Ox with family, friends, and teammates! Overwatch’s Lunar New Year 2021 event is now live on PC, Xbox, PlayStation, and Nintendo Switch. Don’t forget to log in from February 4 through February 25 to strengthen your cosmetic collection!

- Player who scores the first kill of the match becomes a Target; everyone else becomes a Bounty Hunter
- When the Target is killed, the player who dealt the final blow becomes the new Target
- Bounty Hunter will become part of the standard Arcade rotation after Lunar New Year

Weekly Challenges are back for Lunar New Year, allowing you to unlock limited-time rewards by winning nine games each week. Rewards include an array of player icons, sprays, and Epic skins!

A few character tweaks made
28 January, 2021 by rawmeatcowboy | Comments: 0 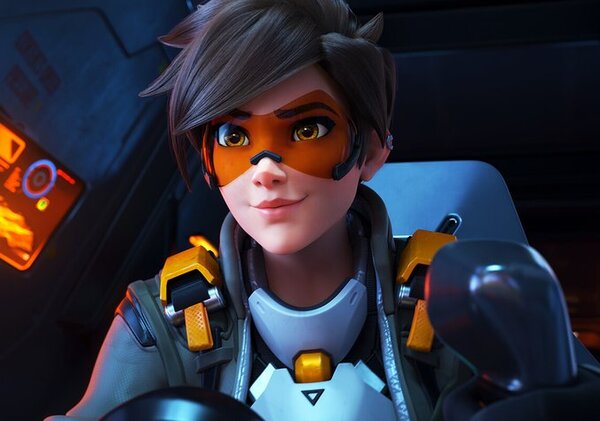 A new update has been pushed live for Overwatch. Check out the patch notes for this update below.

Echo's kit is designed around mobility and burst damage but she was performing too well against high health targets, such as tanks. Reducing the maximum firing duration of her primary weapon and Focusing Beam will lower her sustained damage output without impacting her burst damage potential against squishier targets.

This new falloff range causes the damage to scale down faster when targets are outside of Tracer's optimal distance, making her less threatening at mid-range.

Zenyatta has been a bit too effective at enabling team-wide damage output lately so we're taking some power out of the Orb of Discord by reducing both its total damage amplification as well as the speed at which it can be applied over long distances. The new projectile speed now matches that of his primary fire, Orb of Destruction.

Orb of Harmony
Projectile speed reduced from 120 to 90

The pandemic has caused a major shift in how eSports are handled, as in-person events aren't possible in much of the world right now. This means there needs to be restructuring for any eSports organization out there, and that definitely includes the Overwatch League.

In a new press release and video feature, full plans for the 2021 season of the Overwatch League have been shared. Check out the full breakdown of how things will play out below.

Today, Overwatch Esports Vice President Jon Spector shared updates to our 2021 season in a video posted on overwatchleague.com. To take full advantage of what was learned last season, we’ve made several changes that will improve the quality of competition and the fan experience for this coming season.

Our 2021 season will begin in April. Teams will be divided into two groups: East and West.

Teams in the East and West will play regular-season regional qualifier matches to determine seeding in four standalone tournaments that will feature top teams from both regions competing in one bracket. This is made possible thanks to the minimum latency tool found in Overwatch.

All regular-season matches will count towards qualification for the 2021 Season Playoffs, but only the top teams will qualify for and compete in the four tournaments. We’ll share more details about how teams qualify for tournaments as we get closer to the start of the season.

For our fans, we’re working very closely with YouTube as we enter the second year of our partnership. There are a lot of things in the works that we can’t reveal yet, but we can say that we’re going to level up the quality of our match streams, add more value to watching live matches, and improve the discoverability of live Overwatch content.

We’re also making improvements to our match broadcasts with a new and improved virtual set, a freshly redesigned graphics package, and changes to our show format that place even more emphasis on match play. We’ll have more to share on this later in the offseason.

On the content side, we’re developing new video series that spotlight players and teams, feature pro Overwatch tips, and gather the best analysis from our experts.

Our digital fan experiences are also getting some big upgrades. We’re working on a spoiler-free viewer mode and new integrations with partners like IBM that are going to significantly enhance the way our fans interact with players, teams, and stats.

On the competition side, we’re also working on using a new system that establishes minimum latency connections so that teams anywhere in the world can scrimmage against one another or conduct practices if players are apart.

While we cannot predict the future, we hope to welcome fans back to live events if health and safety conditions improve in 2021, but that might not happen, and it might not be at every location where teams compete. Our top priority remains to keep our players, fans, and staff safe.

Finally, we hope you’ll join us next month for BlizzConline on February 19-20 for a fun San Francisco Shock vs. the World competition. Stay tuned for more info on this event and more updates on the 2021 Overwatch League season, including competition specifics and our complete 2021 regular season schedule.

A new micro-event has just kicked off in Overwatch. You can hop into the game right now and take part in the Kanezaka Challenge, which runs until Jan. 25th, 2021. See full details on the event below.

Wins in Quick Play, Competitive Play, and Arcade will earn you a limited-time player icon, spray, and Kyōgisha Hanzo in addition to regular weekly rewards!

Now through January 25, tune in to Overwatch streamers on Twitch to earn up to six unique Kanezaka Challenge sprays!

Pawttery and Tato Takes Off Sprays

Savor the sights of Kanezaka, a quiet town nestled in the shadow of Hanamura and the site of the newest team Deathmatch map. During your visit, cuddle up at the Cat Café, check out Mochi’s Pottery Workshop, drop by Tora no Sumika (the local bar), or simply stroll down the streets and enjoy the ambience.

What are you waiting for? Kanezaka, Overwatch's newest Free-For-All map, is now testing on the PTR! pic.twitter.com/sUgbHM7RL6

Overwatch PTR has gotten an update, and it introduces a new map and more. Check out full patch notes for the update below.

Kanezaka, nestled beside Hanamura, is our newest Free-For-All Map!

Fight for your life in a thrilling battlefield of alleyways, ancient stone, towering steel, and cat cafes. Shatter your enemy's dreams in the pottery shop, deliver beatdowns in the Tora no Sumika nightclub, or rise above the competition in the tower at the center of the city.

The Overwatch Winter Wonderland event for 2020 is official live. From now until Jan. 5th, 2020, fans will be able to enjoy the following content.

In addition to Mei’s Snowball Offensive, Yeti Hunt, and Snowball Deathmatch, players will be able to experience the new brawl, 4v4 Freezethaw Elimination!

This new game mode requires one team to completely freeze the other team in order to win.

Players will become frozen when they would normally die.

Teammates can thaw someone by interacting with the frozen player.

Weekly Challenges are back for Winter Wonderland, allowing you to unlock limited-time rewards by winning nine games.

Rewards include an array of player icons, sprays, and Epic skins!