Check out a 25-minute gameplay video from Fairy Tail

Koei Tecmo and Gust have shared another 25 minutes of gameplay from Fairy Tail, which they debuted during a Cloud Matsuri 2020 live stream. The gameplay you see takes place roughly 2 to 3 hours into the game.

Fairy Tail may be delayed once again 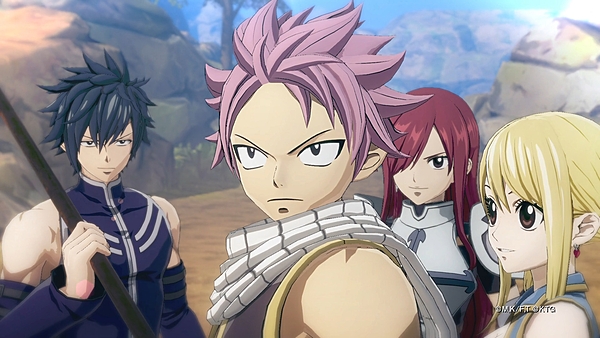 When Fairy Tail was originally announced, the plan was to launch it on March 19th, 2020. Koei Tecmo later announced that there would be a delay to June 26th, 2020, as the team needed more time to create the experience they wanted. Now we're hearing that the game might be delayed once more.

The latest issue of Famitsu apparently has a feature on the game, and it reveals that the June 26th, 2020 date is no longer happening. The game is being bumped back to July 30th, 2020, and the delay is related to the impact of the pandemic. Certainly an understandable delay, if this info does turn out to be true. 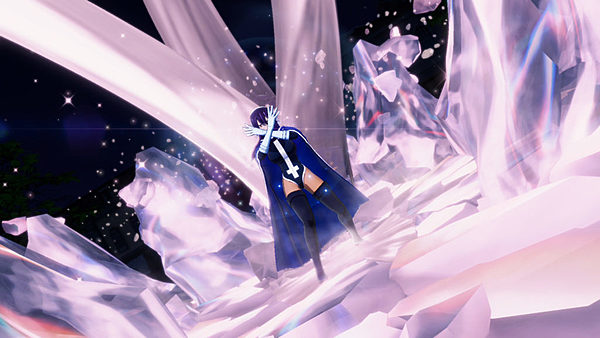 Fairy Tail was delayed from its original March 19th release date to June 25th, 2020, which is a considerable amount of time. What has the dev team done with the extra months? Producer Keisuke Kikuchi explains in a NoisyPixel interview.

We utilized the additional time to brush up on various aspects of the game, including gameplay mechanics, game balance, and visual effects.

In particular, we improved on three major game mechanics.

First off, FAIRY TAIL’s creator Hiro Mashima oversaw and helped create new Unison Raids, all of which are exclusive to this game and did not appear in the original manga. We are confident players will enjoy these new attacks which can only be experienced in FAIRY TAIL.

Our team also improved the rank system, a feature in the game which allows players to upgrade their favorite character. Points received from completing requests can be freely assigned in order to increase a character’s rank. For example, as a mage increases in rank, they learn new skills and gain access to additional features. This allows each character to become stronger in aspects that differ from those received when leveling up.

Players can also utilize various materials to produce a variety of equipable Lacrima. Our team increased the total number of available Lacrima and improved their functions so that players can make even greater use of this system.

In addition to game mechanics, we also worked on a number of other aspects of FAIRY TAIL. The camera and visual effects during battles were improved, along with lighting and object behavior in order to enhance the game’s atmosphere. Character animations and facial expressions during events were refined as well.

Finally, we made great efforts to increase the balance of boss attack patterns and attack strength, along with fine-tuning the distribution of experience points among party members and in other aspects of the game as well. 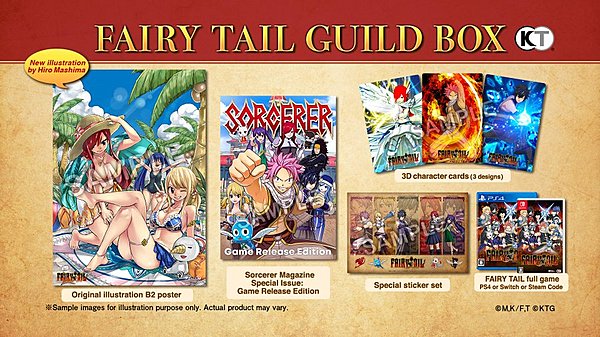 The collector's "Guild Box" edition of Fairy Tail from Koei Tecmo has now been confirmed for release in Europe, and pre-orders will be opening tomorrow, April 23rd, 2020 at 12:00 BST. Available directly from the Koei Tecmo EU Shop, the pricing for the bundle is set at £99.99. A North American release has yet to be announced. A full summary of the game and what's included in this collector's edition can be found below.

Strengthen Your Bonds, Learn New Magic, And Fight Together To Become The No. 1 Guild in this brand-new magical JRPG!

Demons, dark wizards, dragons, and cats. You’ll find it all as you start your journey in the land of Fiore and play through the adventures of Natsu Dragneel and Lucy Heartfilia as well as other eccentric members of the FAIRY TAIL mage guild on a fun-filled and thrilling quest. GUST Studios is creating the game under the supervision of author Hiro Mashima, promising a faithful recreation for the FAIRY TAIL world and its unusual inhabitants, including everything from magic to its iconic characters.

• Experience the exciting story - From popular fan-favourite episodes to original in-game episodes, players can experience the magical world of Earth Land and fight with Fairy Tail in the exhilarating story!
• Play as powerful mages from different guilds - Take on formidable foes as Dragon Slayers, summoners, shape shifters, enchanters, and other colourful mages from the top guilds of Earth Land!
• Grow and expand the guild together - Complete requests, strengthen friendships, and upgrade the guild’s facilities to increase the Guild Rank. The higher the rank, the more challenging requests are. Fight and prevail to become the #1 guild in the Kingdom of Fiore and beyond!
• Magic battles, Fairy Tail style - Wield fire and ice magic, summon spirits and weapons, control time, crush matter, use the Unison Raid, Dragon Force, Mode Change, and more - characters battle with their distinctive abilities from the comics and anime, faithfully recreated in 3D graphics!

KOEI TECMO America and developer GUST Studios revealed new guest characters featured in their upcoming magical JRPG, FAIRY TAIL. New guild hall features were also detailed to give fans a taste of the different gameplay highlights outside of battle they can expect when the game launches across North America on June 26, 2020 for the Nintendo Switch™ and PlayStation®4 computer entertainment system, and on June 25, 2020 for Windows PC via Steam®.

During FAIRY TAIL’s gripping narrative, players will team-up with a range of guest characters from other guilds across Magnolia to take on common enemies. These fan-favorite characters are ready to team-up and support your party in battle, and include: the ‘Arc of Time User,’ Ultear Milkovich, from the Crime Sorcière guild; the ‘Ice-Make Wizard,’ Lyon Vastia, from the Lamia Scale guild; the ‘Burning Hair Wizard,’ Flare Corona, from the Raven Tail guild; and Minerva Orland, ‘Sabertooth Guild’s Finest Lady.’ And while guest characters are not playable, they will instead join your party and automatically perform a range of powerful magic abilities – including those featured in the anime and manga!

Throughout the FAIRY TAIL adventure, from Tenrou Island to the Grand Magic Games and beyond, the guild’s famed hall becomes a key meeting point for party members to prepare for upcoming quests. Inside the guild, items are available for sale and trade – including consumable items, Lacrima, and a variety of materials at the item shop. There’s even a selection of drinks at the bar that provide different status effects to party members. By saving up gold and purchasing upgrades for the guild, an increased inventory of items and drinks are available for purchase, and the appearance of the guild itself becomes increasingly more extravagant.

Within the guild hall, players are also able to talk to their comrades and challenge them to thrilling one-on-one duels, with the winner receiving rewards based upon the character they just defeated. Players are also able to find members of other guilds across Magnolia and challenge them to duels, leading to all-new exciting battles that have never appeared in the manga or anime!

FAIRY TAIL is currently in development for the Nintendo Switch™, the PlayStation®4 computer entertainment system, and Windows PC via Steam®, and is available now for pre-order through select retailers.

Purchasing any version of the game, physically or digitally, within a limited time from launch will also unlock the Early Purchase Bonus special Miss FAIRY TAIL costume for Erza.
Source: GamesPress
Rating: 0 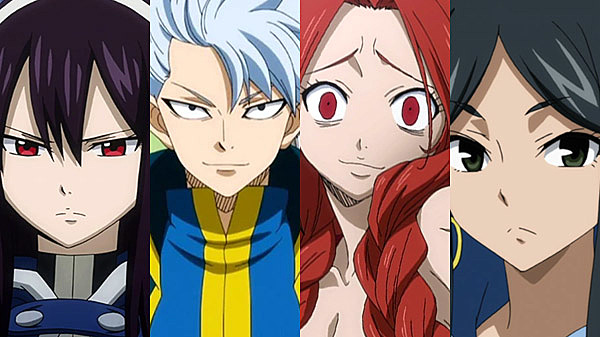 Another round of familiar faces are making their way to Fairy Tail. This week's issue of Famitsu confirms that Ultear Milkovich, Lyon Vastia, Flare Corona, and Minerva Orland will all be included as non-playable guest party characters. Ultear, Lyon, Flare, and Minerva, who are affiliated with other guilds, will automatically perform actions and cannot be controlled by the player.

Fairy Tail to get post-launch DLC, photo mode being considered

Plenty of content to look forward to
14 April, 2020 by rawmeatcowboy | Comments: 1 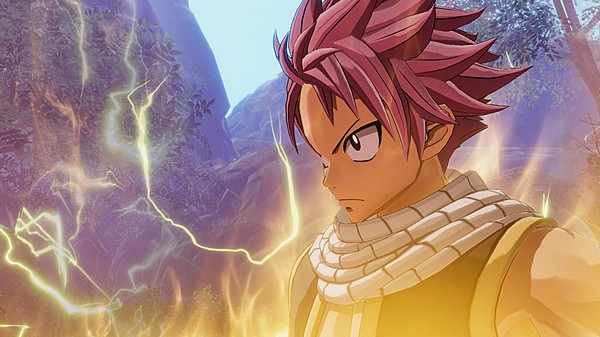 Fairy Tail is coming to Switch on June 25th, 2020, and it aims to bring the anime/manga series to life in ways fans haven't seen before. It's also aiming to provide an experience that'll keep players coming back long after launch.

In an interview with Noisypixel, Fairy Tail producer Keisuke Kikuchi confirms that post-launch DLC is in the works. There's also talk of a photo mode, but that's not set in stone yet. Check out full comments from Kikuchi below.

“As Fairy Tail has a lot of characters and costumes, we are planning to provide DLC so that players can continue to enjoy new content even after the initial release. In addition, we are preparing costumes for the base game as well.

We also received the same request (for a photo mode) from Fairy Tail’s creator Hiro Mashima. The development team is discussing a number of ideas, but exactly what form the photo mode will take is still being discussed. However, I would definitely like to prepare this feature in the future.” 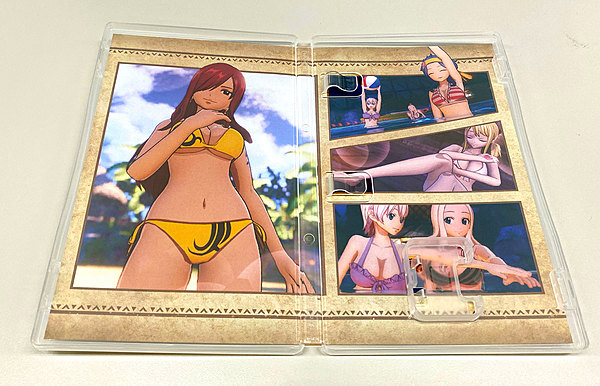 Koei Tecmo has revealed the winner of the Fairy Tail "Reversible Inlay" poll that they conducted on Twitter back in March 2020. Three different images were provided to be selected from, and option C (shown above) earned the majority 49.3% (2,606) of the votes. Featuring the game's female characters in swimwear, it's not too surprising as to why the particular reversible cover art was selected by Twitter users. If you're interested in what option A (30.8% of the votes) & option B (19.9% of the votes) looked like, you can view them below. Fairy Tail will be released for Nintendo Switch on June 26th. 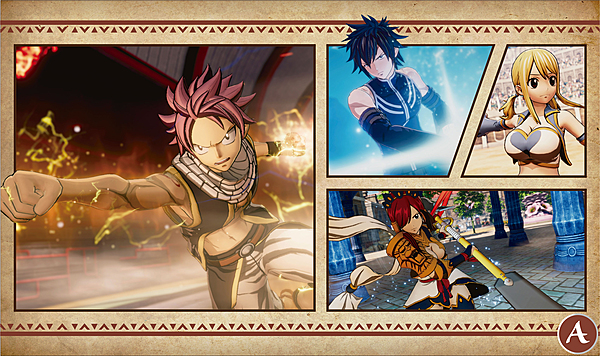 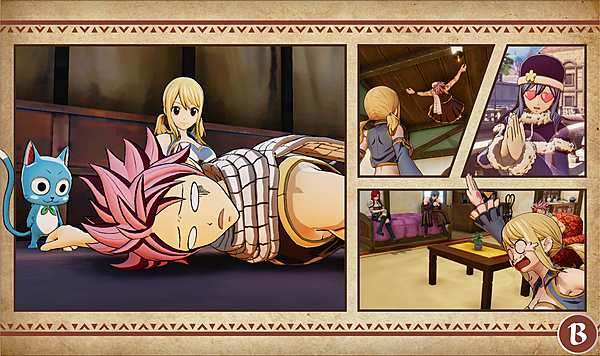 Have a listen to a soundtrack preview for Fairy Tail

We've had all sorts of content related to Fairy Tail pop up this week. There's been a new trailer, a character reveal, a batch of screens, and more. That content ball continues to roll today a 5 minute soundtrack sampler for the game. Grab your earbuds and give it a listen!

KOEI TECMO America and developer GUST Studios announced two huge additions to their upcoming magical JRPG, FAIRY TAIL, boosting the roster to 16 playable characters with the inclusion of Gildarts — “the strongest man in the FAIRY TAIL guild”— while also revealing the first details on the game’s Eclipse story arc. FAIRY TAIL is set to be released in North America on June 26, 2020 for the Nintendo Switch™ and PlayStation®4 computer entertainment system, and on June 25, 2020 for Windows PC via Steam®.

One of the most powerful additions to the FAIRY TAIL roster to date, Gildarts is an S-Class Mage who uses “Crush” magic to reduce anything he touches to rubble. Gildarts joins the fight in support of Natsu and other party members, using his overwhelming strength to help swing the odds in the guild’s favor. Throughout the adventure, fans will be able to put together their own dream team of FAIRY TAIL members and their rivals, including everyone from Gildarts to Erza, Gray, and Gajeel. The more characters continue to fight together in the same party, their bonds will gradually strengthen, and as their friendship level increases, special conversations called “Bond Dialogue” will play out, including original dialogue written specifically for the FAIRY TAIL game.

In addition, the first details of the game’s new Eclipse arc have also been revealed. This popular storyline revolves around “Project Eclipse,” an experiment that opens up a gate to the past, unleashing Dragons that lived over 400 years ago into the present timeline. Can Lucy and friends survive a fight against the great dragon Zirconis?

FAIRY TAIL is currently in development for the Nintendo Switch™, the PlayStation®4 computer entertainment system, and Windows PC via Steam®, and is available now for pre-order through select retailers.

Purchasing any version of the game, physically or digitally, within a limited time from launch will also unlock the Early Purchase Bonus special Miss FAIRY TAIL costume for Erza.