Bravely venturing down under
02 March, 2021 by rawmeatcowboy | Comments: 0

Just like the rest of the world, Bravely Default II is now available on Switch in Australia. If you're not sure the game is for you, perhaps the latest trailer will do the trick. You can watch the launch trailer for Australian audiences above.

The key to winning tough battles in Bravely Default II is knowing when to bide your time and when to go all in! Check out these tips on how to use the Brave and Default commands effectively.

My Nintendo has updated once again with a pair of new rewards. If you're looking for new wallpapers, you can grab both Bravely Default II and New Pokemon Snap options right now. As usual, there are both mobile and desktop options. Each set is priced at 50 Platinum Points, and you can snag them here. 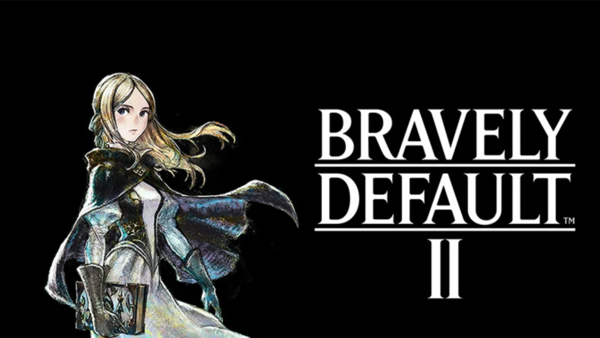 Just in case you didn't know, Bravely Default II is now available on the Switch worldwide, and it's ready to make you cry with its punishing difficulty! If you're still a bit in the dark on this title, you can read the official press release below.

Save the continent of Excillant with the help of new Heroes of Light! Follow the story of the young sailor Seth as you set out on a grand RPG adventure. You’ll meet a wide range of characters and take in some scenic sights on your quest to find the four Crystals.

Oh, and don’t worry if you’ve never played a Bravely game before: The Bravely Default™ II game is a perfect place to start! It’s a new world filled with new characters, but with the atmosphere and strategic battles that the Bravely series is known for.

The heart of the Bravely series is the turn-based Brave and Default system. Choose Brave to use multiple actions at once but risk forfeiting your next turn. Choose Default to go on the defensive and build up Brave Points to use later. Balancing risk and reward is the key to success!

In addition, you’ll also be able to choose from a wide array of jobs, skills, and abilities for your party to fit your battle strategy. Seth, Gloria, Elvis, and Adelle—known as the Heroes of Light—can learn jobs like Bard or Vanguard by defeating Asterisk bosses. It’s a way to freshen up your style (in terms of combat and outfits).

Want to try before you buy? You can get a taste of the battle system with the free demo.

GameSpot Videos - Bravely Default 2: 8 Tips You Should Know Before You Play

If you’ve never played a Bravely Default game, then 2 can actually be kind of tough. So, we’ve compiled 8 tips to help you navigate the world and give you the edge in combat.

Check out the launch trailer for Bravely Default II

Join the Heroes of Light on their grand quest to restore balance to the world in BRAVELY DEFAULT II – out now for Nintendo Switch!

Been wondering how Bravely Default II turned out? Well wonder no more, as a bunch of video reviews and gameplay clips have been released today. Check out all the content above!

Another Bravely Default II wallpaper available on My Nintendo

The My Nintendo service already added two wallpapers for Bravely Default II back in December 2020, but it seems Square-Enix and Nintendo were holding back on more options. A third wallpaper set is now available, and it's priced at 50 Platinum Points. You can see a sample of the wallpaper above, which comes in both PC and mobile sizes. If you've got the Platinum Points, you can purchase your wallpaper here. 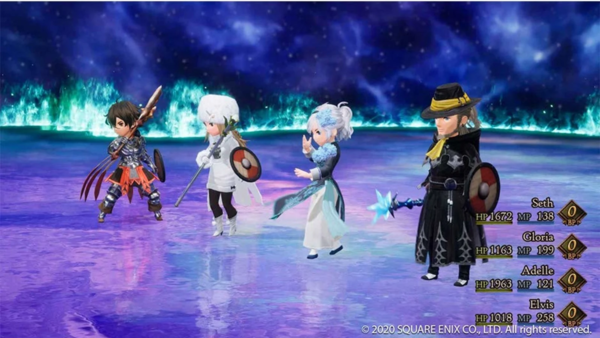 Bravely Default II is the first entry in the series that'll be on consoles, as previous entries appeared on the 3DS. While the Switch certainly allowed Square-Enix to express themselves in ways not possible on the 3DS, the team didn't want to lose the visual charm of the previous titles. Bravely Default II producer Masashi Takahashi talked about this in an interview with Dengeki Online.

We were able to make great strides in everything from the graphics to the music and characters to make it feel like a true sequel. Even with all the improvements though, we felt it was important to make sure it still resembled the previous titles in some way.

As an example, if you look at the towns in the game, previously we wanted to make create a feeling that players were walking on a painting in a 3D stereoscopic view. To keep the same feeling in this title, we decided to create the town as if it were paper craft. Once we prototyped it, things felt right and we decided to fully embrace the idea.

Additionally, to keep the series’ atmosphere intact, we aimed for something more akin to a model train rather something more realistic when designing the fields. We experimented a lot to make the graphics unique while keeping that “Bravely Default” feel.

I think players will get a good sense of this when they see it in action on a Switch screen rather than looking at screenshots. The “final demo” was also recently released, so for those players who haven’t seen the game in action yet, please give it a try. 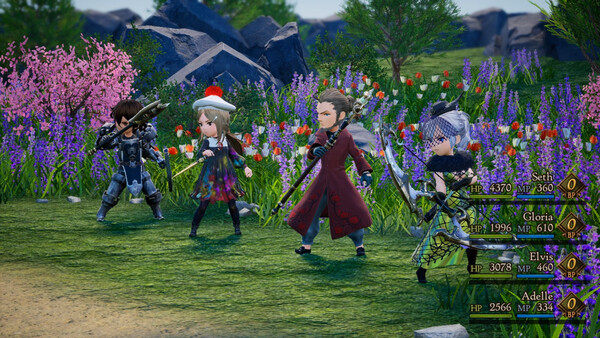 Bravely Default II takes a unique approach to its battle system, rather than going for a standard turn-based affair. Turns during battle are now based on things like speed, buffs and debuffs. This makes for more frenetic battles, as they won't play out as a simple back-and-forth.

In an an interview with Kotaku, producer Masashi Takahashi reveals that the game did have a more traditional battle system at first, but this was eventually decided against.

“[It] became clear to us that this would be something you would have to kind of be thinking ahead in and really making sort of complicated guesswork if you had this order of actions display in the game. That would make things more complicated than we than we wanted them to be so we ended up removing that prior to releasing the first demo for the game.”

The team knew that some players would be disappointed about the battle system, and feedback from the demo certainly showed that. Still though, the team decided to push on.

“We were kind of expecting to hear that opinion from people that they would want this order of actions element to be in in the game. We didn’t know how much feedback we would receive about it. We ended up receiving quite a bit, you know, and ended up deciding not to include it based on the reasons I mentioned.”