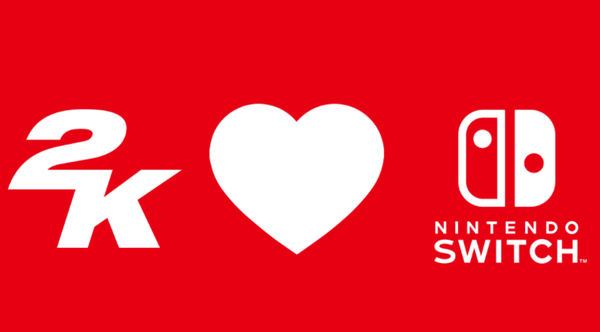 Virtuos talks about the biggest hurdles in bringing XCOM 2 Collection and BioShock: The Collection Switch 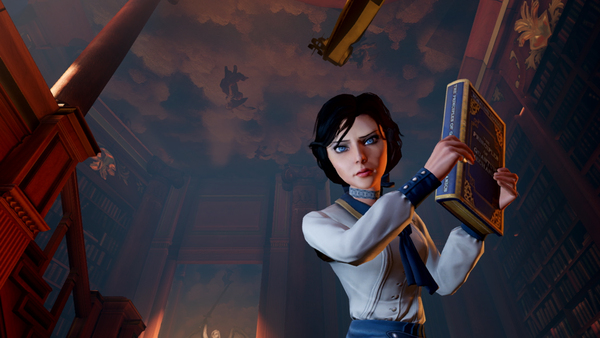 Virtous has handled a lot of Switch ports, including the high-profile releases of XCOM 2 Collection and BioShock: The Collection. In an interview with Automaton Media, Virtous' Zhang Chengwei talks about the biggest challenges the team faced with each game. You can see his answer below, courtesy of a translation via NintendoEverything.

Our biggest challenge with XCOM 2 Collection was memory optimization. The PC version uses over 7GB of memory, while the Nintendo Switch is limited to using only 3.2GB of memory. We had to continuously profile the game, make decisions, implement and test them, then profile again. We spent nearly six months optimizing just the memory. We tried many different methods using more efficient file formats, getting rid of unnecessary memory usage, and ultimately changing the original console’s memory system. The process was like wringing water out of a sponge: the more water we’d wring out, the more difficult and complex the process would become.

The challenges we face when porting a game are totally different from those on a typical development project. Firstly, we need to confirm whether or not we have all the original source code and data. With BioShock: The Collection, we recognized during the initial stages that some data had been lost, which took time to resolve. Secondly, the engines and middleware used in the original games are most often very old – especially middleware that was originally closed source. For example, BioShock and BioShock 2 use an extremely old version of Havok; it took us months just to contact and sort things out with the vendor. Lastly, players have very high expectations of a ported game’s quality. There’s almost always videos uploaded to YouTube comparing things like frame-rate, visual quality, load times, and so on. The way we ensure the quality of our games is also a huge challenge for us. Most often, it’s tied closely to the timeline and the cost of the project.

While there was a ton of work involved in each port, they didn't take a lot of time overall. Chengwei says that each project took roughly 10 months to complete.

Every game tested. Nintendo Switch handles all three BioShock games superbly, using a dynamic 1080p resolution to allow for a typically 30fps level of performance. Comparisons with Xbox One X also show it using the updates settings - including improved FOV - giving it an advantage over the last-gen originals.

Still not sure the original BioShock is for you? Worried that there could be performance issues? Perhaps the video above will assuage your fears, as it shows out the Switch version measures up to the PS4 Pro port.

Time to dive into another comparison video. This time we're getting a better look at BioShock Infinite on Switch. See how it measures up to the 360, PS4, and PC version in terms of both graphics and FPS in the video above.


Experience the unforgettable worlds and monumental stories of the award-winning BioShock series with BioShock: The Collection. Journey to the cities of Rapture and Columbia across BioShock Remastered, BioShock 2 Remastered, and BioShock Infinite: The Complete Edition, including all single-player add-on content. Fight for your life and outsmart your enemies, be it deep beneath the waves or high above the clouds.

Get three award-winning games in one with BioShock: The Collection 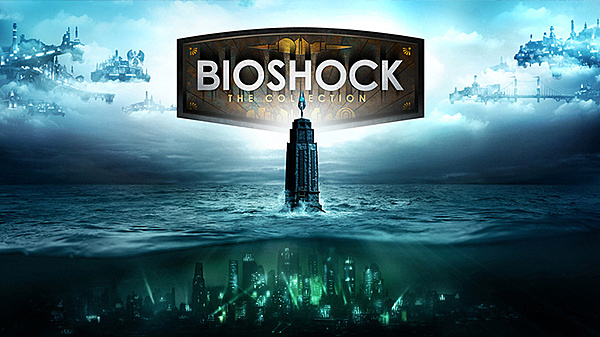 Journey to the cities of Rapture and Columbia in BioShock Remastered, BioShock 2 Remastered, and BioShock Infinite: The Complete Edition, including all single-player add-on content. Fight for your life and outsmart your enemies, be it deep beneath the waves or high above the clouds.

BioShock Remastered: Explore the undersea city of Rapture, a haven for society's greatest minds that has devolved into a dystopian nightmare. A new ecosystem has emerged amidst waterlogged ruins, where deranged Splicers hunt down the Little Sisters who would be helpless without their hulking Big Daddy guardians. Your only hopes for survival are quick thinking, reclaimed weaponry, and powers granted by DNA-altering Plasmids. To defeat Rapture's mutated monsters, you must become one.

BioShock 2 Remastered: See Rapture through the eyes of Subject Delta, a fearsome Big Daddy prototype on a mission to rescue his missing Little Sister. Eight years have passed since the events of the first BioShock, and Rapture's denizens have rallied into a collectivist cult. Wield even more Plasmid types, face off against a host of new enemies, and venture beyond Rapture's art deco architecture to traverse the ocean floor.

BioShock Infinite: The Complete Edition: Indebted to the wrong people, private investigator Booker DeWitt must take on an impossible task: travel to Columbia, a flying city above the clouds, and rescue a woman named Elizabeth who's been imprisoned there. She has the power to tear at the fabric of reality—a power her captor thinks will fulfill his warped vision of the American dream.

Experience the unforgettable worlds and monumental stories of the award-winning BioShock series with BioShock: The Collection. Journey to the cities of Rapture and Columbia across BioShock Remastered, BioShock 2 Remastered, and BioShock Infinite: The Complete Edition, including all single-player add-on content. Fight for your life and outsmart your enemies, be it deep beneath the waves or high above the clouds.

Seeing how the Switch versions shape up
28 May, 2020 by rawmeatcowboy | Comments: 2 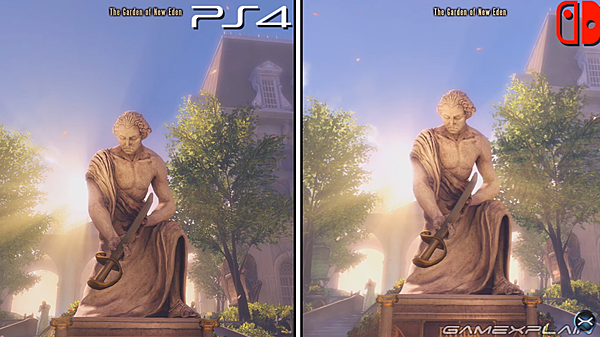 BioShock: The Collection is now available...depending where in the world you live. We've seen a few gameplay videos so far, but now we're getting into the real analysis. Check out more action below, including comparison to versions of these games that appear on PS4 and Xbox 360.

BioShock 2 will be available on the Switch tomorrow, but if you're curious to see how it looks before you jump in, you can check out the video above for a comparison between the Switch port and Xbox 360 original release.