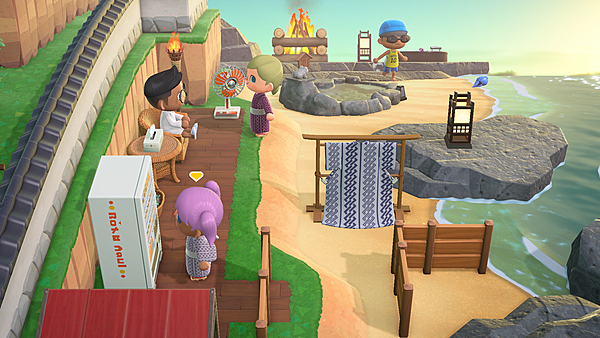 It's time for another week of French software sales data. For the week ending on August 23rd, Animal Crossing: New Horizons continues holding first place position for the third week in a row. Also notably, Clubhouse Games: 51 Worldwide Classics returns to the top 5. Check out the best selling France software from August 17th to August 23rd, 2020 below. 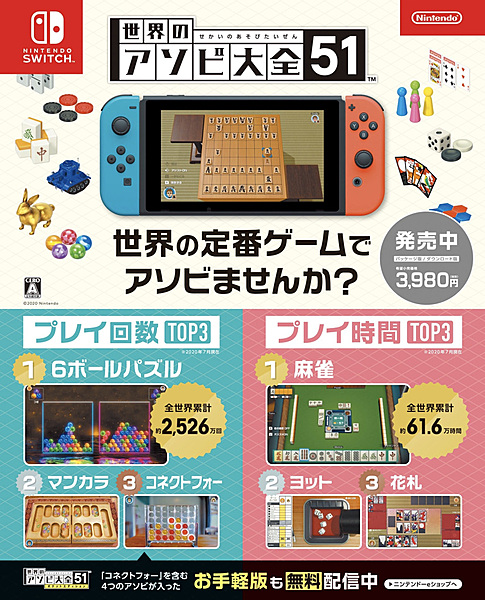 Nintendo has given Clubhouse Games: 51 Worldwide Classics the spotlight with a promotional advertisement featured in the latest issue of Famitsu. Available now both physically and digitally, you can check out the magazine advert for the game above. 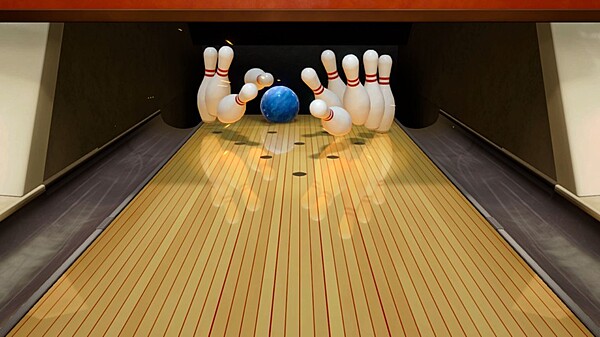 Clear the table and settle down with friends and family to enjoy a diverse collection of timeless favourites, in person or online*, in 51 Worldwide Games. From ancient board games to modern classics, relaxing solitaire games to fast-paced toy sports, experience the games that have shaped cultures around the world!

51 Worldwide Games: Local Multiplayer Guest Edition is also available to download for free from Nintendo eShop on Nintendo Switch, allowing up to three consoles to connect via local communication with a player who owns the full game. Use it to enjoy a selection of games in local wireless multiplayer or try out Mosaic Mode!

We’d love to see how you’re getting on with 51 Worldwide Games so we’ve started a contest on Twitter!

There will be four themes, with the current theme being: Bowling. We want to see your video clips showing you bowling a strike! To enter, simply share a tweet with the hashtags #51WorldwideGames and #NintendoUK alongside a video clip of you bowling a strike. To share your video, you can simply use the built-in screenshot capture and sharing functions of Nintendo Switch.

Every Monday from 10th August to 31st August 2020 we will pick one winner at random from all entries received by midnight on Sunday on the previous week’s theme. Each winner will receive £20 Nintendo eShop credit and a 12-month Nintendo Switch Online individual membership! Check the Nintendo UK Twitter account on Monday each week throughout the contest to learn the new weekly theme or check back right here. 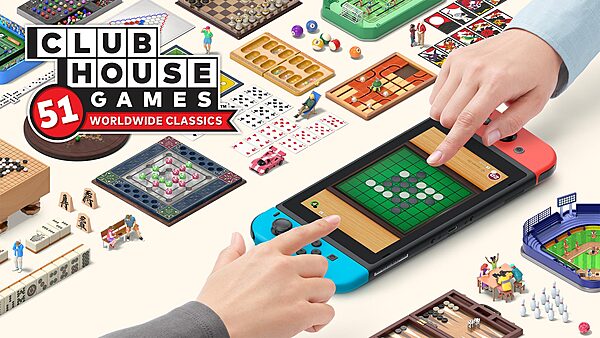 Clubhouse Games: 51 Worldwide Classics has been updated updated to Version 1.1.2. Check out the full patch notes below.

In ludo, when there are no pieces on the board that can be moved, you can now only re-roll the dice the number of times that the Starting Threshold was set to.

Raised the maximum Play Count for each game from 99 to 999.

Improved the stability of synchronous communication when playing online.

In Riichi mahjong, fixed an issue that caused 1,000 points from the scoring stick to vanish when Ron was called at the same time as Riichi.

In Riichi mahjong, fixed an issue that allowed players to win by picking up a tile while in furiten.

In Riichi mahjong, fixed an issue that caused players to make a “Closed Kan,” which changed the tiles needed to win after calling Riichi.

In Renegade, fixed an issue where the CPU wouldn’t move, preventing the game from progressing.

In Texas Hold’em, fixed an issue with the process for determining priority when multiple players have the same hand.

In the Game Globe, fixed an issue that caused some information in the Personal Best section to be displayed incorrectly.

Fixed several other issues to make for a more pleasant gaming experience. 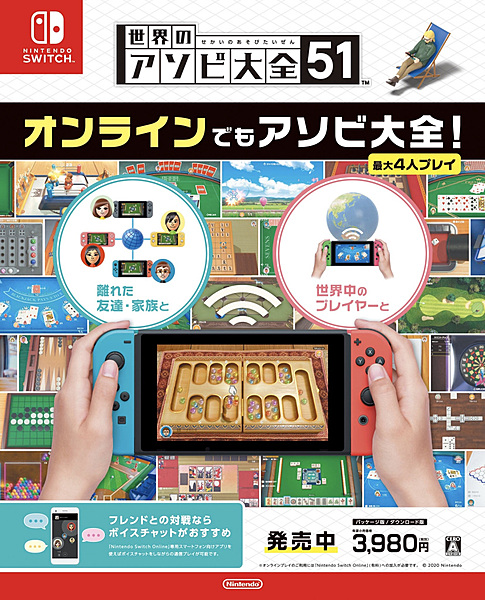 Clubhouse Games: 51 Worldwide Classics seems to be finding a sizable audience around the world, and Nintendo intends to continue bringing customers in with new advertising. Above you can see the latest Japanese print ad for the game, which appeared in this week's issue of Famitsu. The ad stresses the game's local and online multiplayer features. 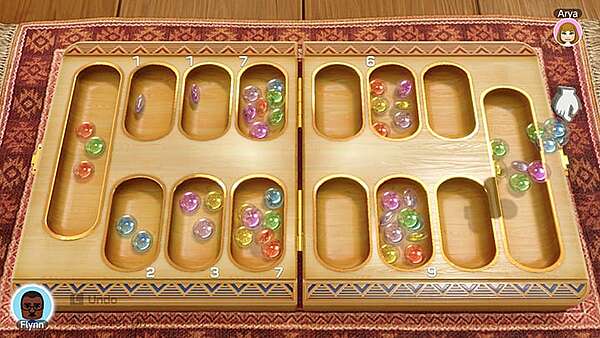 Nintendo has revealed some really interesting information about Clubhouse Games: 51 Worldwide Classics. The company has showcased a Top 3 list for multiple categories, revealing the most popular games and more. Check out the details below!

Top 3 with the most amount of players

Top 3 games that are played by younger players

Top 3 games played with people around the world online

Top 3 games with many turns

The free Clubhouse Games Guest Pass includes four games to play solo or with friends: Four-in-a-Row, Dominoes, President, and Slot Cars. Plus, up to four people can connect locally with a player who owns the full game*** to play all the 40+ multiplayer games.

Clear the table and settle down with friends and family to enjoy a diverse collection of timeless favourites, in person or online, in Clubhouse Games: 51 Worldwide Games. From ancient board games to modern classics, relaxing solitaire games to fast-paced toy sports, experience the games that have shaped cultures around the world!

Clubhouse Games: 51 Worldwide Classics glitch causes the CPU to crash a game, rather than lose

Here's a really interesting tip from D3rachi. He sent us the clip above, which shows him going up against the 'Amazing' level CPU in Clubhouse Games: 51 Worldwide Classics' Renegade. D3rachi has the computer beat, but the game just won't admit it! With the only moves left for the CPU being ones that will end the game in a victory for D3rachi, the game instead glitches out! You can see the game freeze up and hear the repeating sound effect until D3rachi does the undo move button, only to try it again and have the same thing happen. Looks like this needs a bit of fixing, Nintendo!

Introducing Clubhouse Games Guest Pass! Enjoy a selection of 4 games with others using Local Play. If a player owns Clubhouse Games: 51 Worldwide Classics, you can play all games that support Local Play together. No need for all to own the full game!