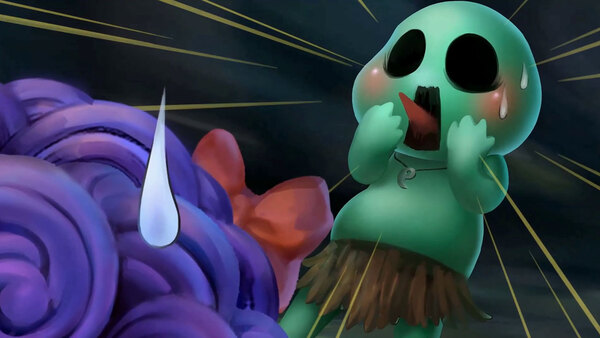 The latest round of Famitsu reviews scores have been released. With only three to take a look at this week, you can check out how well the games did below.

Join your hosts Samoa Joe and Jerry “The King” Lawler as they call the brawls during the first-ever global WWE 2K Battlegrounds tournament featuring some of the most popular online personalities around the world!

WWE 2K Battlegrounds can be fun on a very casual level for a short amount of time if you've got a group of friends to play with, and it's not quite a disaster on the level of WWE 2K20, but it is nonetheless another in a growing series of misses for WWE video games.

Trying to survive a Royal Rumble in WWE 2K Battlegrounds

I'm a huge WWE fan, so of course I've been dying to go hands-on with WWE 2K Battlegrounds. I did at tiny bit of training, and then decided to jump headfirst into a Royal Rumble. Do I have what it takes to be the last man standing?! 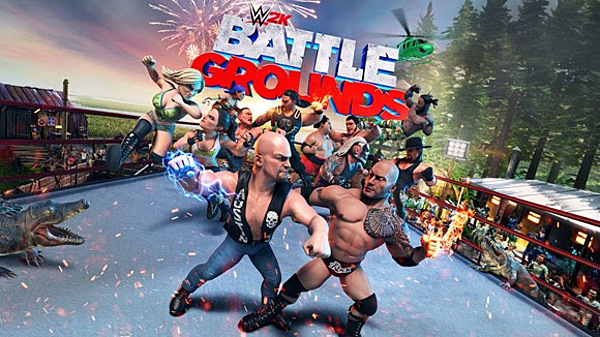 It’s time for players of all skill levels to lace up their boots and step into the ring: WWE® 2K Battlegrounds is here! Developed by Saber Interactive and available now for the PlayStation®4 system, the Xbox One family of devices, including the Xbox One X and Windows PC via Steam, Nintendo Switch™ system and Stadia for $39.99*, WWE 2K Battlegrounds brings fast-paced action and an assortment of power-ups, special moves, unconventional melee items and interactive environments to take the brawl to the next level. Players can take on the challenges alone or compete with friends and family on the couch or online in cooperative and competitive multiplayer modes.

A roster of more than 70 WWE Superstars, Hall of Famers and Legends will be available in WWE 2K Battlegrounds at launch, with more than 60 additional Superstars currently scheduled for future release via free** downloadable updates, including “Macho Man” Randy Savage, Ultimate Warrior, Ric Flair and many more. The deep and varied roster enables players to bring a myriad of dream battles to life, including Andre the Giant™ vs. Undertaker®, Roman Reigns® vs. The Rock, Charlotte Flair® vs. Beth Phoenix®, “Stone Cold” Steve Austin® vs. John Cena, Edge® vs. AJ Styles and many more. They can also create their own custom WWE Superstars in the Superstar Creator with different body types and sizes, facial features, clothing, hair and fighting styles. All Superstars utilize one of five class styles – Powerhouse, Technician, High-Flyer, Brawler and All-Rounder – with each class having its own combat moves, strengths and weaknesses. Arcade-style offensive and defensive power-ups, such as Flaming Fist, Ice Breath and Earthquake, offer an additional dimension of strategy that can quickly change the direction of a match.

“WWE 2K Battlegrounds marks a definitive new chapter in our partnership with 2K,” said Sarah Cummins, WWE Senior Vice President, Consumer Products. “The combination of over-the-top arcade action, social fun for friends and family, and fantasy matchups between current WWE Superstars and Legends will keep fans on the edge of their seats.”

A variety of game modes and match types are available in WWE 2K Battlegrounds, including King of the Battleground – an online, last-man-standing mode – and Battleground Challenge, where players take their customized creations from the Superstar Creator and compete in a series of challenges to unlock skill points, build up their abilities and earn cosmetic items. WWE 2K Battlegrounds also features a unique, single-player Campaign Mode, told through a comic book art style, where players team up with “Stone Cold” Steve Austin and legendary advocate Paul Heyman™ as they travel the world in search of the next WWE Superstars. Online multiplayer matches bring players together from around the world, while time-limited Online Tournaments offer rewards and a wide range of match conditions.

Energy, intensity and expecting the unexpected are all keys to victory in the world of WWE 2K Battlegrounds. Along the way, players can explore eight unique Battlegrounds environments featuring interactive elements and outrageous melee objects, such as squeaky toy hammers and motorcycles. Players will give opponents a tune-up in the Auto Shop by tossing explosive barrels at them and sending a car crashing down. The action heats up in the Everglades as players toss each other into the jaws of a hungry alligator! Players can also customize their own arenas to give each match a personal touch.

WWE 2K Battlegrounds is available in two formats: Standard Edition (MSRP $39.99) and Digital Deluxe Edition (MSRP $49.99). Players who purchase the Digital Deluxe Edition will receive WWE Hall of Famer Edge®; all versions of “Stone Cold” Steve Austin, The Rock and Ronda Rousey® unlocked at the beginning of play; 1100 bonus Golden Bucks, an in-game currency that can be used to unlock Superstars and cosmetic items***.

Developed by Saber Interactive, the studio behind the NBA 2K Playgrounds franchise, WWE 2K Battlegrounds is rated T for Teen by the ESRB and is available now for the PlayStation®4 system, the Xbox One family of devices, including the Xbox One X and Windows PC via Steam, Nintendo Switch™ system and Stadia, with cross-platform play available****

****Cross-platform play is currently available on Xbox One and Windows PC via Steam, Nintendo Switch™ system and Stadia.

Check out the launch trailer for WWE 2K Battlegrounds

Join your favorite WWE Superstars and Legends as they brawl it out in WWE 2K Battlegrounds for Nintendo Switch. Step into the ring today!

The world of WWE is your battleground with over the top, arcade action as your favorite WWE Superstars and Legends battle in interactive environments around the world. Compete using special abilities and power-ups in match types like Steel Cage, Royal Rumble, and more!

Maybe next time Mick Foley will keep his toenails to himself? Keep calm at the office and Brawl Without Limits when WWE 2K Battlegrounds lands on consoles on September 18th!


Alexa Bliss learned selfie etiquette the hard way! Want to brawl with your friends? Skip dinner and head to the WWE 2K Battlegrounds! Brawl at home or online with over 70 Legends and Superstars using unbelievable moves, incredible superpowers, and tons of wacky weapons! Brawl Without Limits when WWE 2K Battlegrounds hits consoles on September 18th!

The world of WWE is your battleground with all-new, over the top, in-your-face arcade action as your favorite WWE Superstars and Legends battle it out in outlandish environments with an arsenal of moves, special abilities, and power-ups.