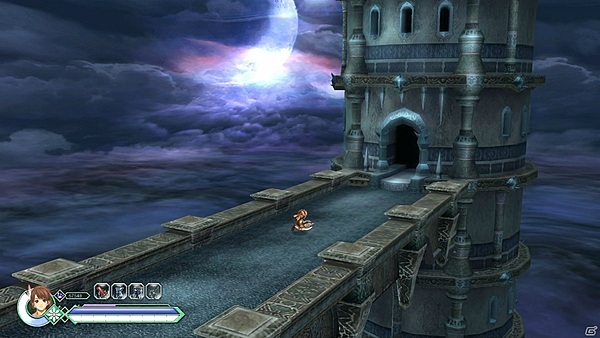 Ys Origin is getting a Switch release later this year, and just like in NA/EU, a physical version will be available in Japan. We don't have a look at the packaging yet, but we do have details on what the package will include. Coughing up 5,800 yen will net you the following.

If you like the Japanese retail version better than the NA/EU one, feel free to import. Ys Origin's Japanese release will have an English language option. 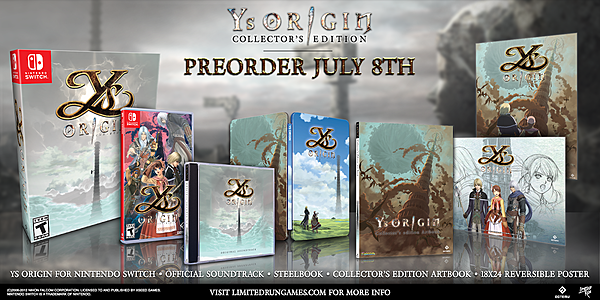 Publisher Dotemu today announced Ys Origin, the action RPG saga’s inaugural quest in which humanity flees a demon horde’s relentless pursuit, will reach the Nintendo Switch later this year. Fans in North America can choose between one of two physical versions from Limited Run Games as part of a global distribution for Ys Origin’s physical Nintendo Switch release, or experience the modernized classic through the eShop.

Fans who opt for Limited Run Games’ releases can choose between a standard version and a special collector’s edition which includes a poster, a physical copy of the game’s stirring soundtrack, an art book capturing scenes from Ys Origin’s surreal world, and a unique collector’s box. Demon slayers can keep tabs on both versions and their eventual release by following Limited Run Games: https://twitter.com/LimitedRunGames

Ys Origin joins aspiring knight Yunica Tovah and mage Hugo Fact, two fighters desperately searching for the Goddesses that have abandoned them. Together the duo must best the demonic forces lurking within an enormous tower before the beasts reach humanity’s sanctuary in the clouds. With tons of powerful loot to earn, distinct scenarios and playstyles between each character as well as secrets to unveil, Ys Origin is a deep, compelling RPG experience.

For the latest on Dotemu’s full lineup of games, be sure to follow them on Twitter @Dotemu or check out www.dotemu.com.