The final update for Puyo Puyo Tetris 2, Version 1.3.0, is now available. It adds the following features:

Spectator Mode – A “Spectator Mode” has been added to watch online “VS” and “Skill Battle” matches.
Super Spicy Difficulty – “Super Spicy” bosses are even more difficult than the already difficulty “Spicy” bosses, but defeating them has a high chance of earning you a high level item card.

SEGA has announced another free content update for Puyo Puyo Tetris 2, and the best part is that it launches today! You can see what's included in the update below.

Four new playable characters – Serilly, a timid mermaid, she has highly effective buff and debuff skills in her arsenal; Rafisol, a mysterious being from an unknown world hiding a hideous power with the ability to, among others, change the shape of the Tetrimino in your possession; Possessed Klug, an evil crimson spirit that has taken over Klug’s body, with a powerful skill that can set up a powerful T-Spin attack; and Yu & Rei, ghostly twins with a chilling degree of pun and trivia knowledge who have a skill that removes up to 32 pieces of incoming Garbage Puyos

New avatars – 20 fresh faces in the lineup, giving players even more options to customize their profiles 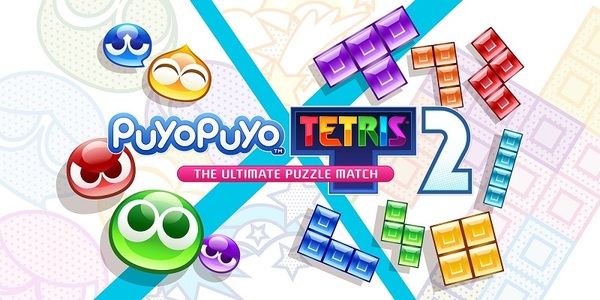 Puyo Puyo Tetris 2 will be updated to Version 1.1.1 sometime in early February. This seems to be a minor update, as it just fixes one issue. This patch takes care of a bug that caused Item Cards to not activate special effects during matches.

Just the other day, Puyo Puyo Tetris 2 got a content update that included Sonic the Hedgehog, Raid Bosses, and more. You can check out some of that new content in the gameplay video above.

– SEGA is proud to announce that Puyo Puyo™ Tetris® 2, sequel to the beloved crossover of two iconic puzzle series, is receiving the first of its free, post-launch content updates today on PlayStation 5, PlayStation 4, Xbox Series X|S, Xbox One, and Nintendo Switch!

To further light up the colourful puzzle play, players can look forward to a host of new characters, a fresh new game mode, four new BGM tracks, and 20 new avatars, all detailed below! All this new content will be available to players immediately after they download and install the new update.

- Four new playable characters to join you on your journey: legendary speedster Sonic the Hedgehog, Lidelle, Ms. Accord and The Ocean Prince, each with their own skills you can utilize in Skill Battle mode
- New online game mode Boss Raid has you working together with your friends to take down a common foe in co-operative fun
- Four new BGM (Background Music) tracks including the Sonic the Hedgehog theme song for ultimate immersion as you play
- 20 new Avatars featuring even more of your favourite Puyo Puyo characters you can use to customise your player profile

Players will need to be on the same version of Puyo Puyo Tetris 2 to play online together, so we recommend everyone to update to the latest patch to ensure compatibility.

Sonic the Hedgehog Dashes onto Puyo Puyo Tetris 2 in an Expanded Roster
An already-robust cast grows even larger starting today with four new playable characters joining the game. First up is a special guest from SEGA’s flagship series who needs no introduction, Sonic the Hedgehog! The speedy blue hedgehog lives life by his own rules. He hates dishonesty and injustice, and he's not afraid to fight for what's right.

Ms. Accord
Ms. Accord is a teacher of the Primp Magic School. Though gentle and kind, she's known to prepare rather peculiar lesson plans. While she only played a minor role in the original Puyo Puyo Tetris, this update marks the first time Ms. Accord will appear as a playable character in a localised release since Puyo Pop Fever.

Lidelle
Next up is Lidelle, a student of Primp Magic School. Known to be mild-mannered and soft-spoken, she is also very shy and hides her horns by wrapping them with her hair. While sharing no blood relation, she considers Dark Prince and Draco her big brother and sister.

The Ocean Prince
Finally, The Ocean Prince is, what else, the prince of the sea, a royal who can be pretty selfish without realizing it. He sometimes takes a human form when he uses a particular spell. Like Ms. Accord and Lidelle, this will mark his first playable appearance since Puyo Pop Fever after making a cameo in Puyo Puyo Tetris.

Team up for Boss Raid
The new online Boss Raid mode allows you to call upon three of your friends to aid you in your quest to take down a fierce CPU-controlled boss. In addition, for those playing on the Nintendo Switch, you can also cozy up for some couch co-op using the Switch’s local wireless multiplayer.

Following the rules of Skill Battle mode, players will create their team from the now-expanded roster of characters and choosing a party with complementary skills is key to a winning strategy. As you play, you’ll pop Puyos and clear Tetriminos, shaking Garbage Puyos loose and causing the boss to lose HP. If their HP hits 0, you win!

- Play according to your own skill level by adjusting the difficulty level: as you increase the difficulty, you’ll add on the number of bosses you’ll have to fight in a row; higher difficulties will have different level requirements, so make sure your team has the strength to survive this challenging gauntlet
- Chance Time can occur when players face random conditions during raids (e.g., inflict X damage at once, survive for X seconds), which upon being fulfilled, inflicts major damage on the boss
- Bosses have unique skills to keep players on their toes, like Paralyze which stops the player from being able to rotate their pieces for a short time, adding an exciting twist to each battle
- Item Cards and experience points can be earned from Boss Raids, with better rewards for higher difficulties. Players can use these Item Cards to equip their team of three in the Skill Battle Mode

Players can now access a free demo on Nintendo Switch to experience Puyo Puyo™ Tetris® 2, but hurry as it’s only available for a limited amount of time.
This is just the first of SEGA’s post-launch content updates for Puyo Puyo™ Tetris® 2. Players can look forward to even more game features, additional characters, and other exciting new content! More information will be announced at a later date, as well as more details on the game’s Steam release, so stay tuned to the official Puyo Puyo accounts on Twitter, Facebook, and Instagram for all the latest.

Sonic's the name, Puyo is the game! Starting today, Sonic the Hedgehog, Lidelle, Ms. Accord, and Ocean Prince join the playable cast of Puyo Puyo Tetris 2. Try them out in the new Co-Op Boss Raid mode, also available today! Chili dogs not included.

The official Japanese website for Puyo Puyo Tetris 2 has revealed some new, free content heading to the game tomorrow. A full breakdown of the content can be found below.

- Sonic the Hedgehog
- Lidelle
- Ms. Accord
- The Ocean Prince

- work with friends to take down a common foe

- includes the Sonic the Hedgehog theme

Two Puzzle Legends Reunite for the Ultimate Crossover!
Japan’s beloved puzzle game series Puyo Puyo and the world-renowned Tetris® game franchise have teamed up again to deliver even more Puyo-popping and Tetrimino-clearing fun in Puyo Puyo Tetris 2. Playing is easy: match 4 or more same-colored Puyos or complete a line of blocks to clear them from your board and dump Garbage into your opponent’s game. But keep an eye on what’s coming your way too.

Play traditional Puyo Puyo and Tetris…or mix them together to level up your game. Offline or online, you’ll have loads of modes that let you play the way you want from single-player Adventure to couch-competition Versus to ranked Online matches, and more.

• Brand-new Skill Battle introduces character-based skills that can quickly turn the tables on a match, plus item cards to power up your team
• Vibrant characters and an all-new story adventure add dimension to addictive arcade puzzle play
• Improved Online mode offers competition in game-specific leagues and Free Play for up to 4
• Challenge modes including endless Tetris and Puyo Puyo add still more variety to solo and online play 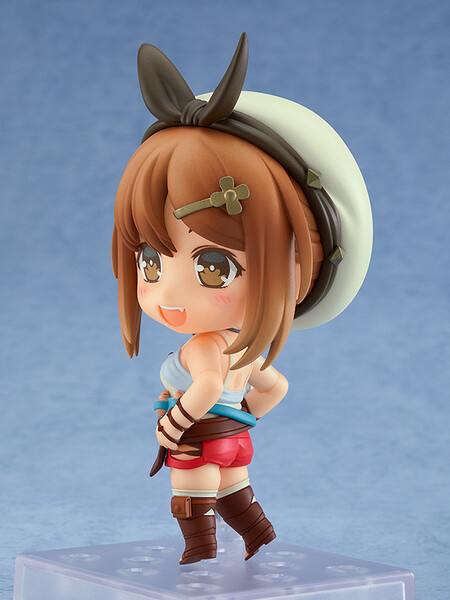 Good Smile Company has created a ton of Nendoroids based on video game characters, and two more are on the way. Both Atelier Ryza and Puyo Puyo Arle Nendoroids are in the works, and you can find new details on each below. 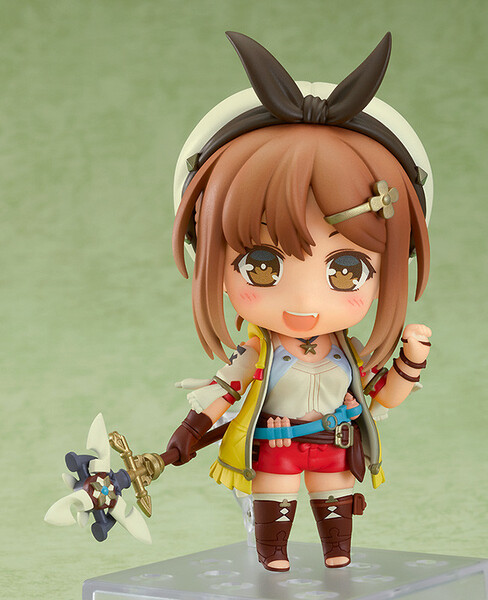 - pre-orders now open
- releases in Japan in July 2021 and North America in August 2021
- jacket is optional for additional posing
- based on Ryza's appearance from the first game
- always wears her trademark hat, tank top, shorts, and boots
- comes with a Celestial Seeker staff she can wield and a flask she can hold
- includes three face plates for smiling, blushing, and yelling
- priced at ¥6,430 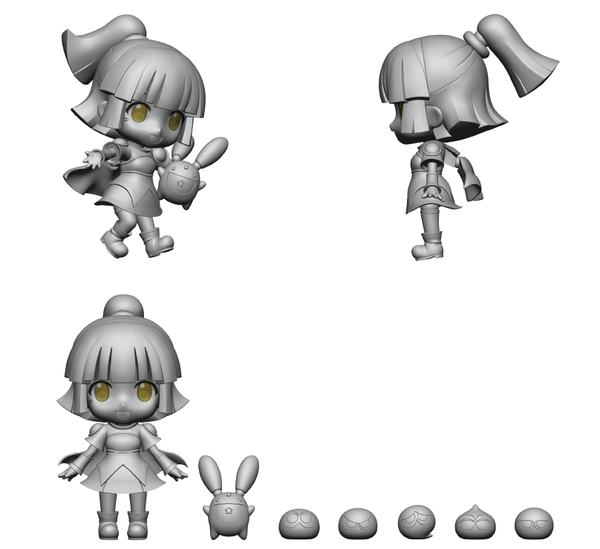 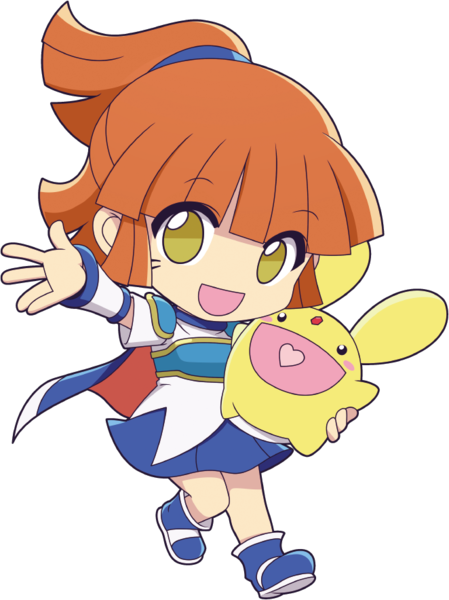 - comes with a Carbuncle buddy
- also includes a cape that will attach to her back
- includes a Blue, Green, Purple, Red, and Yellow Puyo
- no release date or price yet 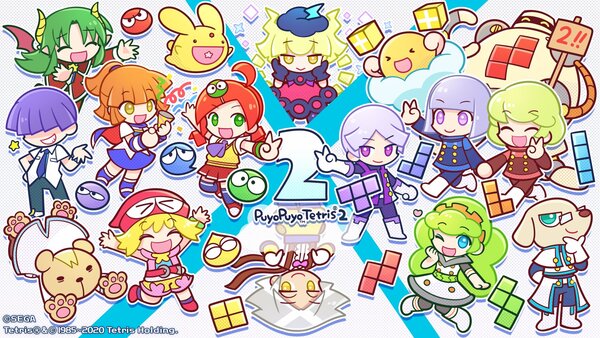 Puyo Puyo Tetris 2 is now available on the Switch, and SEGA is celebrating the launch with a new piece of art straight from the dev team. Everyone is front and center here, from Tetriminos and Puyo Puyo, along with countless characters who appear in the game.