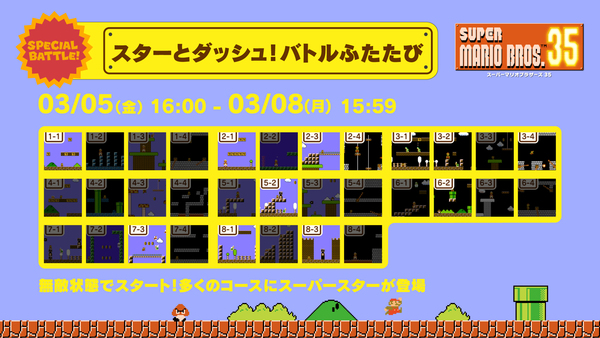 The Tweet above comes from Nintendo's official Japanese Twitter account, and it serves to remind consumers that certain Mario-themed content will be removed at the end of the March 2021. More specifically, Super Mario Bros. 35 and Super Mario 3D All-Stars are slated to be removed on March 31st 2021. Nintendo announced this information when the games were first revealed, and they seem to be sticking with the decision to remove the games.
Source: Link
Rating: -5

Ganging up on Goombas
19 February, 2021 by rawmeatcowboy | Comments: 0 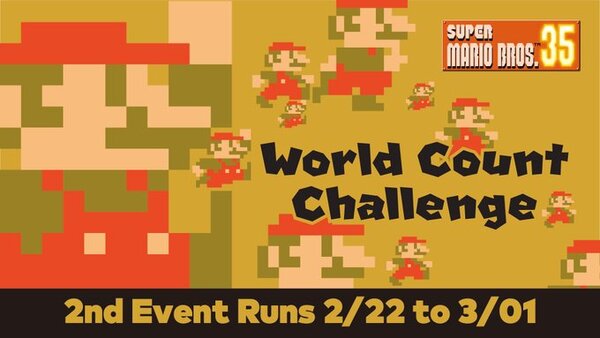 Nintendo has announced that the second Super Mario Bros. 35 World Count Challenge is on the way. From Feb. 22nd to March 1st, 2021, players are tasked with taking down 350 million Goombas. If the goal is achieved, anyone who squashed even one Goomba will get 350 My Nintendo Platinum Points. 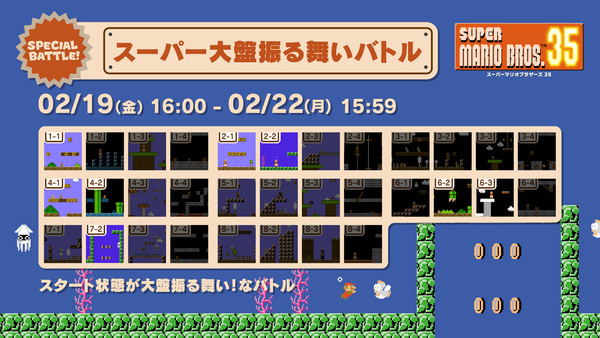 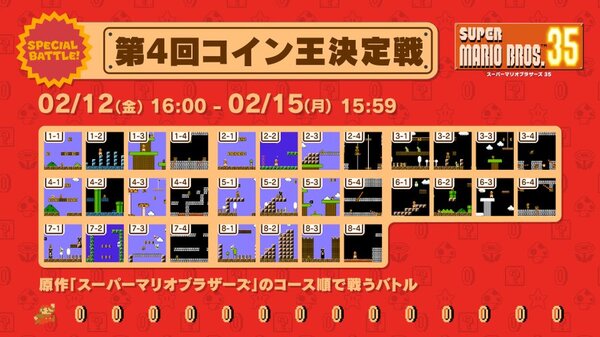 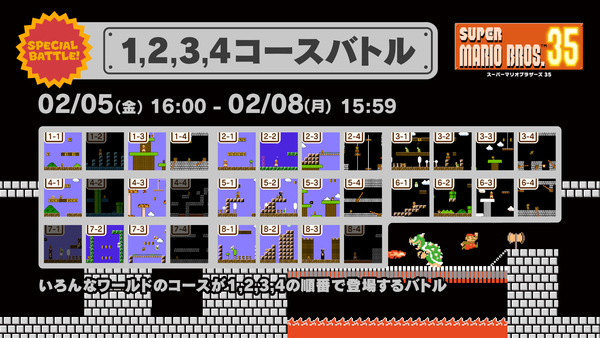 The next Course Limited Special Battle for Super Mario Bros. 35 has been revealed, and it runs for 3 days starting Feb. 5th, 2021. You can see the full run of courses you'll have to tackle in the image above. These courses will also show up in random order. 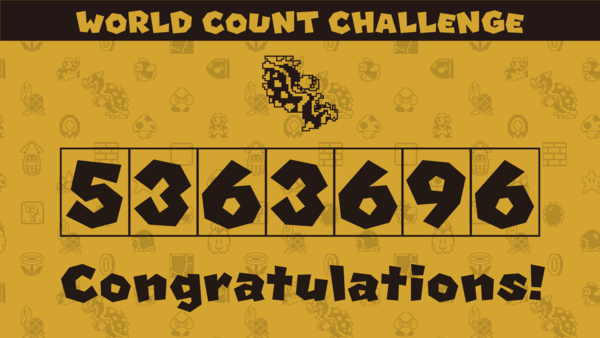 Nintendo has announced that the Super Mario Bros. 35 1st World Count Challenge has ended in a victory. A total of 5,363,696 Bowsers were defeated, easily surpassing the goal. This means all participants who defeated at least one Bowser will receive 350 My Nintendo Platinum Points in their My Nintendo accounts. Not too shabby for taking down Bowser! 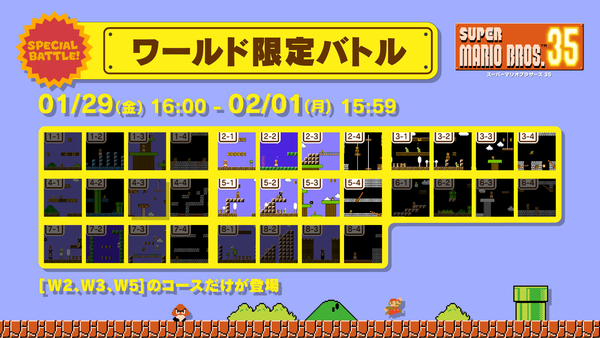 The next Super Mario Bros. 35 Special Battle has been revealed, and it runs for three days starting Jan. 29th, 2021. This is a Course-Limited Battle, featuring all the stages from World 2, World 3, and World 5. The order that they appear in will be random. 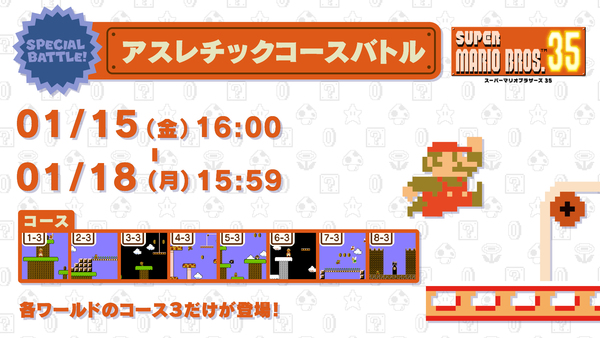 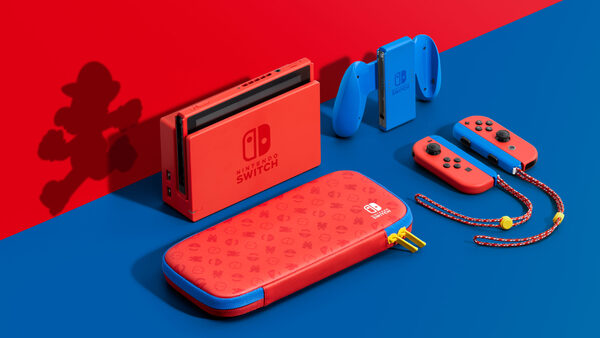 While some players may be fur-miliar with the original Super Mario 3D World game for the Wii U system, Super Mario 3D World + Bowser’s Fury for Nintendo Switch offers a number of additions to scratch the itch for new content. In the Super Mario 3D World part of the game, players can adventure through a whirlwind of colorful courses with friends and family wherever they may be, now with both online and local cooperative multiplayer for up to four players, taking on the roles of characters like Mario, Luigi, Peach and Toad.

Two new amiibo figures will be launching alongside the game and available for purchase separately at select retailers. Both the new Cat Mario and Cat Peach amiibo will offer in-game enhancements for Super Mario 3D World + Bowser’s Fury. Bowser and Bowser Jr. also have large roles to play in Super Mario 3D World + Bowser’s Fury, and their amiibo figures, which will also be returning for purchase at select retailers, have special activations in Bowser’s Fury, too.

To achieve the goal of the first Super Mario Bros. 35 World Count Challenge, players must work together to defeat 3.5 million Bowsers during the event period, which runs from 11:00 p.m. PT on January 18 to 10:59 p.m. PT on January 25. In addition to the 35-Player Battle mode, in which players can defeat Bowser as part of the regular gameplay, the Special Battle that week will feature courses with additional opportunities to battle with Bowser. During the event period, if the number of total Bowsers defeated in the game by players around the world rises to 3.5 million, individual players who defeat at least one Bowser will be eligible to receive 350 My Nintendo Platinum Points. Additional details about the next World Count Challenges taking place in February and March will be revealed in the future.