Fates are sealed as paradigms shift and a new era unfolds. What lies beyond the path toward hope?
Inti Creates' flagship 2D side-scrolling "Azure Striker GUNVOLT" series is back with a brand new title!

Check out the latest news from the development team and get ready for Azure Striker Gunvolt 3, coming 2022!

Thanks to sligeach_eire for the heads-up!
Source: Inti Creates
Rating: 3 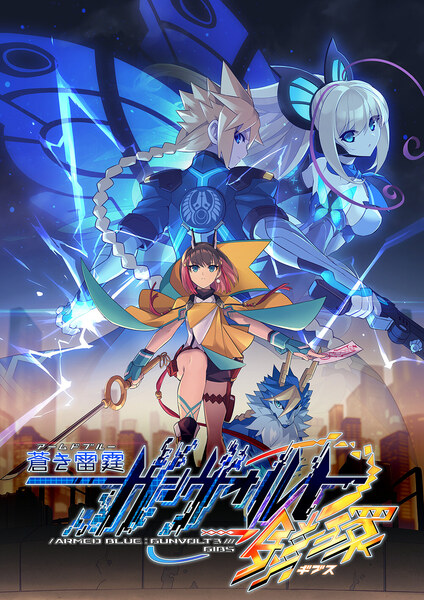 Inti Creates revealed Azure Striker Gunvolt 3 a few weeks back, but we haven't heard much of anything since that initial announcement. That's about to change though, as Inti Creates has confirmed that the game will be playable at Digital Games Expo 2020, which is being held in Akihabara on November 29th, 2020. That'll give us a chance to check out the game in action, and there are sure to be some new details gleaned from that gameplay. 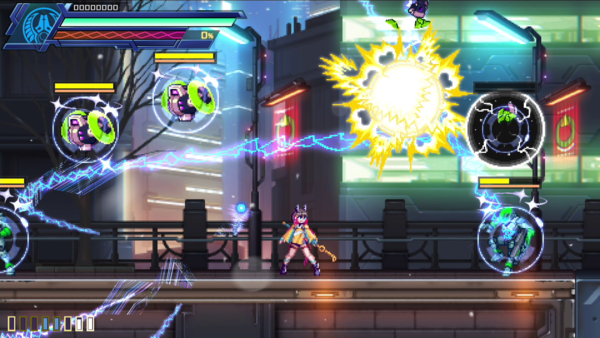 Inti Creates revealed Azure Striker Gunvolt 3 for Switch back in June, and the team is working hard to make this installment the best yet. In an interview with NintendoEverything, Inti Creates CEO Takuya Aizu teased some exciting gameplay innovations for this entry in the franchise.

Director Yoshihisa Tsuda and Action Supervisor Keiji Inafune are working together to create a game with fresh and exciting action. They are planning on introducing a “never-before-seen” gameplay style with the new character, Kirin, so please look forward to her reveal. If it turns out that the action is not so “never-before-seen,” well, that just means that the action was already excellent and they will work to make Gunvolt 3 the optimal game for that action. I have faith they will create a game that feels amazing to play.

Outside of that title, does Inti Creates have anything new in the works for Switch? While the company wasn't willing to say directly, Inti Creates producer Matt Papa clearly hinted at some more Switch love down the road.

We are in the middle of getting preparations done for a number of different projects. We are not a gigantic studio, so that means our resources are limited and it may be quite a while before some of these projects are revealed to the public, but I can assure that the gears are always turning here at Inti Creates and our creators are always coming up with new ideas. As far as the Nintendo Switch goes, we’ve been developing games that are built to run on Nintendo hardware since as far back as the Game Boy Advance era. I think Nintendo users make up the biggest group of people that know about Inti Creates and our IPs, so make no mistake that we will continue to release games on Nintendo hardware going forward.