The Remedy to your gaming blues
09 December, 2020 by rawmeatcowboy | Comments: 0 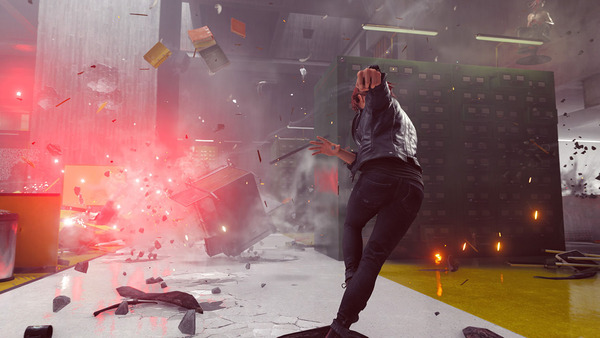 Remedy Entertainment held an investor presentation today, and they shared some details on how Control has been received. Since originally launching back in Aug. 2019 up to today, the game has managed to sell over 2 million units across all platforms combined. The Switch recently received a Cloud version of the game a few weeks back, which has no doubt added to the tally. In step with that, Remedy also revealed that 90% of the game's sales have been digital in 2020.

Control: Ultimate Edition and Hitman 3 were announced for Nintendo Switch this week, and both of these games can only be played via a cloud-based service. While this may sound fine in practice, this has lead some Australian users to be completely unable to play the games. It is believed that these cloud servers are only available on a regional basis, and when it comes to Australia's servers, their infrastructure just is not sufficient enough to play these types of games. There are even still issues if an Australian user switches from an Australian eShop account to an American one; the fact of the matter is that users are struggling to play cloud-based games in Australia.
Source: Link
Rating: 1

Control Ultimate Edition – Cloud Version is the complete Control experience, including the original base game, both expansion packs, and all additional game modes. It also features an Enhanced Graphics mode at 30fps with ray tracing on or Enhanced Performance mode at 60fps with ray tracing off, as well as seamless transition between TV and handheld. With fast load times and cloud save synchronization, you can pick-up-and-play Control anywhere with a stable Internet connection.

“This is the first time ever that a Remedy game is playable on a Nintendo console! We couldn't be happier that Nintendo Switch owners get to experience Control Ultimate Edition through the Cloud and join Jesse on her journey to becoming the Director of the Federal Bureau of Control. We hope players enjoy discovering secrets and putting Jesse's telekinetic powers to use in the weird, supernatural world we've created,” said Remedy’s Communications Director, Thomas Puha.

Following the story of Jesse Faden as she explores the dark secrets of the Federal Bureau of Control, Control Ultimate Edition – Cloud Version delivers a visually stunning third-person action-adventure that will keep you on the edge of your seat. Blending open-ended environments with the signature world-building and storytelling of renowned developer, Remedy Entertainment, Control presents an expansive and intensely gratifying gameplay experience.