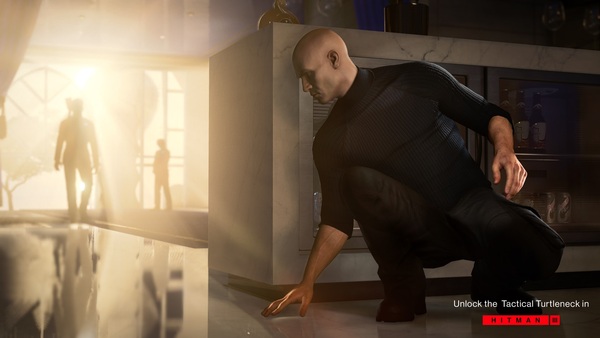 A sizable patch has been released for HITMAN 3 today, including the Switch cloud version of the game. This patch includes the following content.

If you'd like a much deeper look into this update and the features it adds, you can find a full breakdown here.

The new Hitman games have always been great for speedruns, and Hitman 3 continues this trend by featuring levels that players can finish in mere seconds. So naturally, we asked the devs at IO Interactive if they would be interesting in watching years of their hard work finished in record breaking times.

Hitman 3 may be the last adventure Agent 47 takes for awhile, but IO Interactive still has some goodies lined up for the game in the coming months. That includes content we'll see in February, which you can find detailed below. 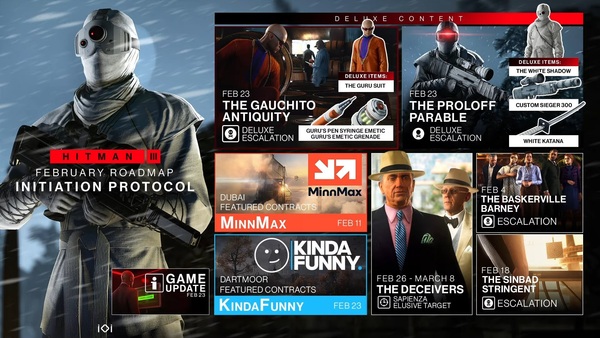 Agent 47 is a man of many talents. He may have a singular mission of eliminating a target, but the means by which he does it are near limitless. In the video above, you can check out 47 different ways to take out your enemies.

Hitman 3 will "definitely" get DLC, but details on what to expect aren't locked in yet

The contracts keep piling up
29 January, 2021 by rawmeatcowboy | Comments: 1 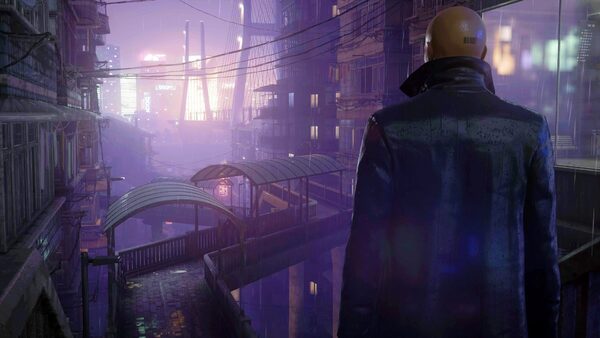 Have you already seen everything on offer in Hitman 3? No worries, Agent 47 will have some new missions to take on in the future.

In an interview with TheGamer, executive producer Forest Swartout Large confirmed that Hitman 3 will get some DLC. That said, the team hasn't completely figured out what they want to do yet. You can see Large's statement on the DLC below.

"We are definitely going to be doing some DLC, but we haven’t defined what that is. I think for now we are not looking at new maps like the bank and the island. We’re more looking at using existing locations and reimagining them, twisting them. And this time around, we can use the whole trilogy. We can look back at Hitman 2016 maps, Hitman 2 maps - we have all the locations."

Hitman 3 recoups project costs in less than a week 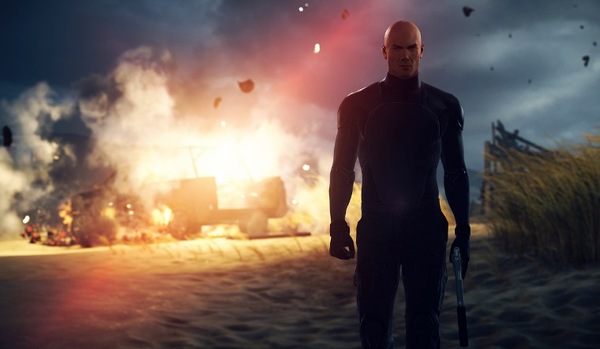 We've already reported on the big start for Hitman 3, as the game saw the biggest digital launch in the franchise's history. Now we had some more data to put that launch into perspective.

According to a GamesIndustry interview with IO Interactive CEO Hakan Abrak, Hitman 3 has already turned a profit in less than a week.

"We have been really happy with the Hitman 3 journey. It has been a labor of love between our fans and everyone at the studio. As the developer and publisher, we are immensely proud that we can say Hitman 3 is already profitable. We have recouped the total project costs in less than a week. That puts us in a really good place and allows us to confidently move forward with our ambitious plans for future projects."

Following this week’s launch of Hitman 3 and the game’s positive reviews, there are many players who are experiencing IO Interactive’s series for the first time. Since I personally understand how difficult it can be to approach this series as a new player, I’ve created a Hitman 3 beginner’s guide that contains the necessary tips for you to become a master assassin.

Hitman 3 hasn't even been out for a full week yet, and speedrunners are already decimating the game. While there's plenty of amazing speedruns out there, none are as impressive as the one above. The Dubai stage usually takes quite a bit of time to work your way through, but speedrunners Wreak and Der_Lauch_Linus show how it can be completed in just 9 seconds!

Jonathan Ferguson, a weapons expert and Keeper of Firearms & Artillery at the Royal Armouries, breaks down the weaponry of Hitman 3, including Agent 47’s iconic Silverballer pistol, the legendary Sieger 300 sniper rifle, and the Krugermeier pistol. 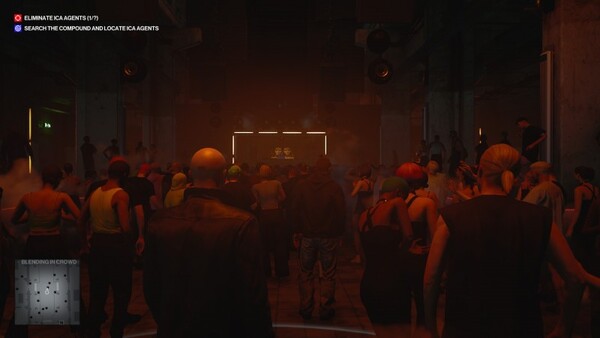 Agent 47 has taken on a lot of intense missions, but there may be none more memorable than the Berlin level in Hitman 3. People have been singing this missions praises since the game released, as it drops you smack-dab in the middle of a rave. In an interview with Game Informer, some of the dev team shares insight into how the level came together.

“I feel like it’s so much, that experience up to that reveal. And then you get inside and you’re like, ‘Oh my god! Mind blown!’ I cried when I saw the rave, and when I had the ‘I have arrived’ moment. It was totally emotional. It hit me like a ton of bricks.”