Find out what’s going on in the mind of our dev team with Julien Galloudec, Associate Game Director!

The most famous card game hosts a legendary showdown! An all-new game mode inspired by the mythical world of Immortals Fenyx Rising, UNO Fenyx’s Quest plunges you into the marvelous Golden Isle and its mysteries and wonders. Avoid the traps of Typhon, free the gods from their curse, and wield their mighty powers to be the first one to get rid of your hand. Olympus awaits you.

Take your seat around the golden board, meet the gods, and accomplish Fenyx’s Quest. You are the gods’ last hope!

Expand your Immortals Fenyx Rising adventure with this first DLC, "A New God" for more epic adventures and puzzles!

In this new adventure, play as Fenyx to overcome the trials of the gods of Olympos and attempt to earn a place among the inner circle of the Pantheon.

Try Immortals Fenyx Rising for free with the demo and get a taste of Fenyx’s godly powers! Set in an exclusive archipelago, the demo sends you on a quest filled with combat, exploration, and puzzles to discover the mysterious Secret of the Cyclops.

Immortals Fenyx Rising is a fresh and witty take on the open world action adventure genre, featuring dynamic action, combat and stories inspired by Greek mythology. Roam freely across a beautifully stylized world and use extraordinary abilities gifted by the gods against fearsome mythological monsters. Treacherous trials, heroic feats and the very underworld itself await your bravery. 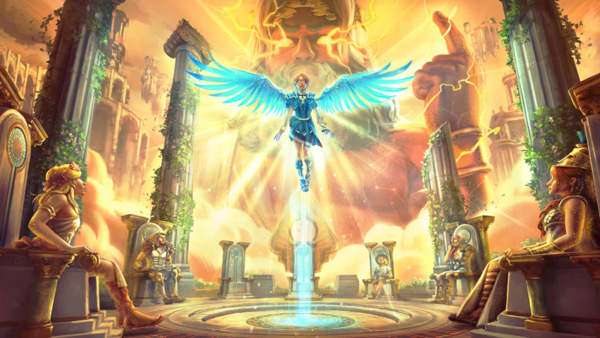 Ubisoft has confirmed the release date for Immortals: Fenyx Rising's first DLC. Players can look forward to snagging "A New God" on Jan. 28th, 2021. You can gain access to this content through the Season Pass, or as an individual purchase. Check out a rundown of what the DLC includes below.

Immortals Fenyx Rising's first DLC, Immortals Fenyx Rising: A New God, is available on all platforms on January 28 and tasks Fenyx with overcoming the Trials of the Olympians to take their rightful place in the Greek pantheon. A New God will allow players to explore Olympos Palace and interact with new gameplay mechanics as they traverse the new trials built by the gods. Along the way, players will unlock four surprising new ability upgrades for Fenyx and a new gear set with fantastic perks fit for a god such as letting you perform additional jumps. 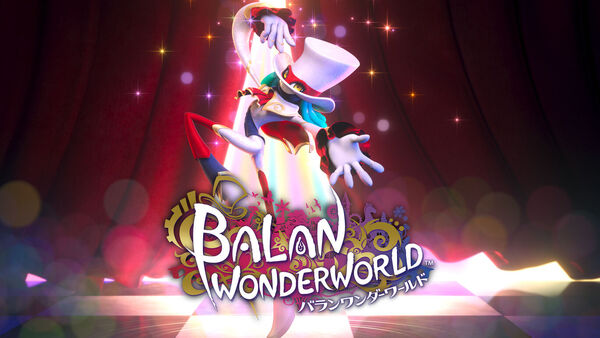 Five more demos have become available for Switch games on the Japanese eShop, and we have all the info on the titles below. Check out all the demos that can be downloaded for free using a Japanese Nintendo Switch account!

BALAN WONDERWORLD is a wondrous action platformer game themed around the Balan Theatre. Led by the enigmatic maestro named Balan, the stars of the show Emma and Leo will use special abilities from a multitude of characterful costumes as they adventure in the bizarre and imaginary land of Wonderworld. Here memories and vistas from the real world mix with the things that people hold dear.

The game's story centers around protagonist Kisa Tachibana, a girl who had given up a career in theater, but receives an invitation to attend the Univers Drama School, an elite drama school for male actors, where students play female roles (referred to as "Jeanne" roles) in addition to male roles ("Jack" roles). However, to maintain her enrollment, she must land a starring role in the school's play at the end of the year and also hide that she is a girl.

There are two kinds of people: the rulers and the ruled. The Heights are a gorgeous utopia. The Depths, a filthy industrial wasteland. Our heroine, raised in the Heights, has nothing but contempt for those below. Now an observation mission requires her to descend into that world, and the gears of fate have begun to turn.

Immortals Fenyx Rising™ brings grand mythological adventure to life.
Play as Fenyx, a new, winged demigod, on a quest to save the Greek gods. The fate of the world is at stake – you are the gods’ last hope.

The Ramen Sensei
Published by: Kairosoft

Build the ultimate bowl to leap past yourramen rivals and achieve greatness!
Build your ramen rep by fashioning the ultimate bowl from a vast assortment of noodles, soup, and toppings. From roast pork to miso, mackerel, and more--the only limit is your imagination, meaning you'll need to use your noodle to nail the right recipes and bring hungry customers in by the crowd!
Enter contests and see how you size up against rivals, thus cementing your standing as superlative sensei of the savory! Succeed--and one day you might even have your own ramen theme park! 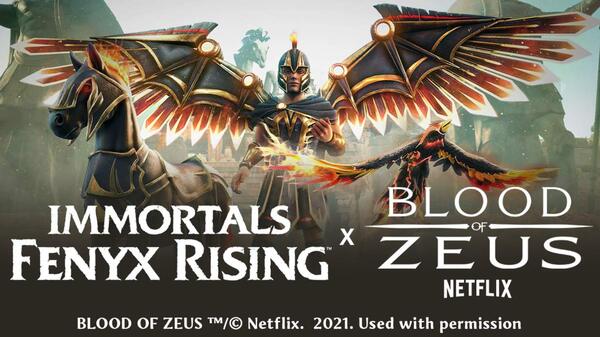 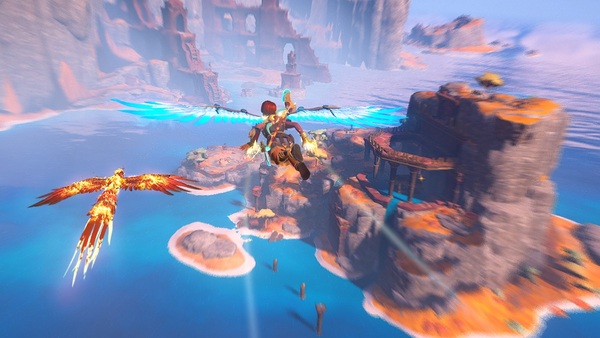 Immortals: Fenyx Rising has been updated to Version 1.1.0. Check out patch notes for this update below.

Fixed the issue when (REDACTED) stops fighting you in the Zeus Throne region main story fight.
[Photomode] Fixed multiple issues when having more than 50 photos.
[Photomode] Friend photos are now prioritized on the map and correctly identified.
Fixed an issue where gameplay elements disappear after fast-traveling.
Fixed an issue where the Fenyx would get stuck after fast-traveling.

Fixed an issue when the player would get stuck behind an invisible wall after looting a chest In dungeons.
Fixed an issue where customizing the “Dodge” action button would affect the “Sprint” action button and vice-versa on a controller.
Adjusted the “Look, No Hands” obtention to be only in vaults as described.
Fixed the “Galewind” bow behavior to fit its first perk description.

Guided arrow can now be seen from farther away.

YOU ARE THE GODS' LAST HOPE!

Play as Fenyx on a quest to save the Greek gods from a dark curse. Wield the powers of the gods to battle powerful mythological beasts in the air or on the ground, and solve ancient puzzles.

Play as Fenyx, a new, winged demigod, on a quest to save the Greek gods. The fate of the world is at stake – you are the gods’ last hope.