And there you have it, our first three DLC wrestlers that will be coming to RetroMania Wrestling: @JamesStormBrand, @BodyguardHughes, and @DashingChrisBey.

We have many more coming, but those announcements will come in time. 👀

Chris Bey will be a free download, the rest of the DLC will be paid, but very very affordable.

"Continue the epic battle between autobots and decepticons."
26 February, 2021 by nintendojam | Comments: 1

Enter the next dimension of TRANSFORMERS: BATTLEGROUNDS, help the Autobots reconstruct the Spacebridge and find their way back to Cybertron as they battle the evil Decepticons along the way! Every run through the multiverse presents a unique new challenge; can you win back the scattered Spacebridge components, help the Autobots’ recover their lost abilities, and keep your team’s spark alive long enough to make it home?

Released in October 2020, TRANSFORMERS: BATTLEGROUNDS features fan favourite characters from the TRANSFORMERS franchise including Bumblebee, Optimus Prime, Grimlock, Starscream, and Megatron as they battle it out for control of the AllSpark in single-player and co-op gameplay. This new DLC update is available to purchase for all players who own the base game and features new maps in the expanded multiverse as well as 20 additional missions to complete. Choose your team, missions and upgrades strategically to survive and avoid having to start all over again in your quest to help the Autobots make it back home.

CrossCode "A New Home" DLC coming to Switch this Summer

Frankfurt/Germany, February 17th 2021: More than two years after its launch CrossCode will receive its long awaited DLC. Today we can finally reveal not only its name but also the date: A New Home will launch on PC on February 26th. The console version will follow this summer.

With A New Home the story of CrossCode will expand even further. The story starts right after the events of the maingame and players will be able to finally figure out what happened to Lea and all their beloved characters. The time has come to once and for all finish the raid. And to give everyone a good feeling of what CrossCode is all about, we have prepared a fresh trailer, showcasing lots and lots of new puzzles, enemies and story snippets.

- Fresh Content which will entertain players for about 8 - 10 hours
- The biggest dungeon in the history of CrossCode
- New challenging enemies and bossfights
- New music tracks
- And of course: The final chapter of the Raid.

A New Home will drop on Steam and GOG on the 26th of February. It will cost 8,99$. For consoles we are targeting a release this summer.

Based on his appearance from the Netflix anime series, Bemular’s strange alien origins give him access to deadly energy attacks that will leave his opponents scrambling to keep up. The mech follows Ultraman himself as the second of four ULTRAMAN characters coming to the game, with Black King and Dan Moroboshi releasing in the coming months.

Players with access to the Override 2 Season Pass will now have access to Bemular. He can also be purchased individually.

Alongside the launch of the latest DLC character, a new update has also been released. Check out the patch notes below.

- New mech added for Season Pass owners (Bemular).
- Added support for co-op matchmaking to Leagues and Quick Play -> Random.
- Removed infinite combos from Crystal and Cocada.
- Fixed Stardust’s infinite damage multiplier and reduced its bonus to 30% instead of 100%.
- Fixed Maestro’s projectiles not colliding with terrain.
- Fixed Mya’s air slash (right punch while in air) not following the proper trajectory.
- Fixed ways to bypass certain ability cooldowns (like Pescado’s hook).
- Fixed a crash that could happen while using Rocca’s rocket punch.
- Fixed Atlas’s boomerang trajectory.
- Fixed Bellona’s Ground Sword and Ultimate not hitting people on the edges of stages.
- Fixed a desync that happened if someone were hit by the falling buildings on Brightsail Point and Central Rise.

The "Bounty of the Night" content update is now available for Vigil: The Longest Night on Nintendo Switch. Check out the patch notes below.

- Added: A Large Number of New items and Equipment
- Improved: Overhaul of English Language Localization
- Added: New weapon actions
- Improved: monster drop rate mechanics
- Map update: Fixed icon errors and issues with maps not revealing hidden areas once found
- Added a number before every portal’s name
- Modification: Support added for third party controllers (None Xbox, PS, and Switch controllers)
- Update: NPC dialogues (mostly Nordell and some of the traders)
- Update: Added names to map( Added names on rooms in the Abandoned Town and the Flooded Area)
- Update: Tutorial for saving and teleporting are separated now
- Improvement: The Miner rescue quest will now remind players and show the miner’s corpse when failed.
- Fixed: The enchantment special effects of fire and curse now work as intended.
- Improved all Leila’s actions:
- Decreased the movement distance of a normal attack.
- Removed the slow effect when landed from jumping.
- Improved the third attack of dual weapon’s air combo.
- The combo’s triggering time has been changed to 0.25 sec on the keyboard and 0.45 sec on controllers.
- Fixed: Loading, squatting down, or entering another scene when using the bow and holding the other 3 weapons will cause immediate death.
- Fixed: Many fall through issues scatters around throughout the game
- Fixed: Autosave in the Owl Statue will cause some monsters to repeatedly play the death animation
- Fixed: Now the NPC Alice’s name is all changed to Iris.
- Fixed: The Hand of Glory bug
- Fixed: Now Hilda won’t disappear in the Mill after the apocalypse
- Fixed: Now the Lower Underground Hall’s portal name displays correctly.
- Fixed: Percival’s buff is now effective with all other enchantment effects. 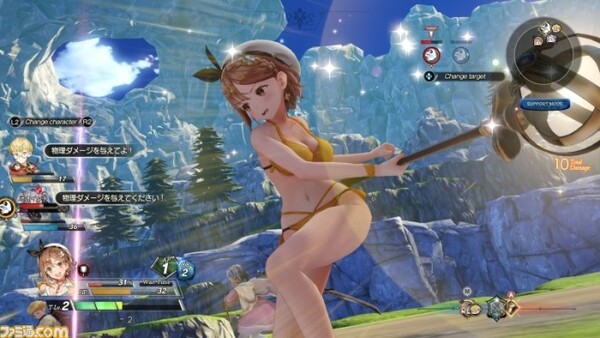 The third DLC pack for Atelier Ryza 2: Lost Legends & the Secret Fairy is now available in Japan. Including 7 swimsuit costumes (listed below), you can check out screenshots of each one here via Famitsu. The Season Pass that includes this DLC won't be available westside until March 2021.

Three more tracks have been revealed for FUSER, and they'll arrive as DLC ($1.99 each) on Feb. 4th, 2021. You can watch the trailer above to see some samples for the tracks, which are as follows.

Expand your Immortals Fenyx Rising adventure with this first DLC, "A New God" for more epic adventures and puzzles!

In this new adventure, play as Fenyx to overcome the trials of the gods of Olympos and attempt to earn a place among the inner circle of the Pantheon.

The award-winning couch co-op game Moving Out is back with more content!​
The 'Movers in Paradise' DLC is coming soon to a platform near you! ☀️😎 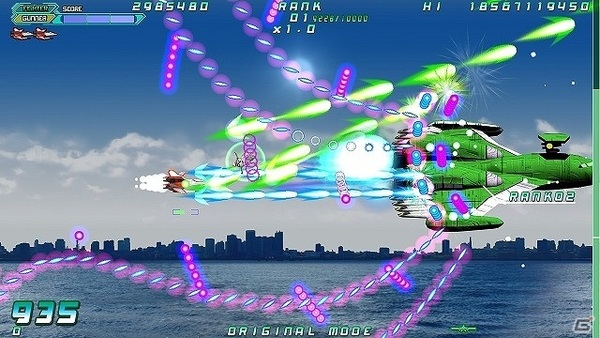 Mebius is seemingly ahead of schedule, as their Rolling Gunner DLC originally planned for 2021 will now be launching December 3rd, 2020 in Japan. Priced at ¥1,280 (40% off until December 10th), you can check out more screenshots of the "Over Power" DLC here.