The Legend of Zelda: Breath of the Wild has been beaten without walking

While we all wait for more information on The Legend of Zelda: Breath of the Wild 2, fans are still finding new ways to squeeze enjoyment out of The Legend of Zelda: Breath of the Wild. The video above is the perfect example, where we see a fan tackle the game without walking. Now there's still movement like rolling and backflipping, but taking a single step or anything more makes the run null and void. This leads to quite a few interesting setups during gameplay, as well as numerous frustrations. Check out how it all goes down in the video above.

Watch the trailer for "Mother to Earth," a documentary chronicling the journey of Earthbound Beginnings

Mother to Earth is an independent film documenting the hidden history behind the localization of the cult classic, Earthbound Beginnings, better known in Japan as Mother.

Our film will offer in-depth interviews and behind-the-scenes looks at this game's localization from Japan to North America, a process that took a quarter of a century.

This project was initially funded using Kickstarter, but if you missed the fundraising campaign, that's fine! With our new online store, you have another chance to pre-order a copy of the film, some of our amazing posters and t-shirts, and even more great stuff!

Earthbound Beginnings didn't see official release from Nintendo until all the way in 2015, but the game was actually planned for localization on the NES. This documentary takes a look at that cancelled localization, leak, fan translations, and so much more. If you want to learn even more about the project, check out the official site for the documentary here.

Platinum was "really nervous" about launching The Wonderful 101: Remastered's Kickstarter

The Wonderful 101: Remastered found Kickstarter success literally within an hour of going live. That's pretty fantastic for a title that failed to find an audience the first time out. Time has been kind to the game, and thousands are eager to give the game a second chance.

In an interview with Siliconera, Platinum's Hideki Kamiya opened up about the company's fears for the Kickstarter. Turns out the team was really worried about things not going well.

We were really nervous with the Wonderful 101: Remastered Kickstarter. Really terrified. This is the first time we’d done anything like this. We really didn’t know what to expect. We were thinking “What if we don’t hit the first goal? What are we going to do?” Thankfully, it was a success very quickly, so now we have nothing but happiness. We’re glad for all of the support. When we were in the office and it hit the goal, we were watching it on a large screen that we have. When we hit the goal, everyone in the office cheered. 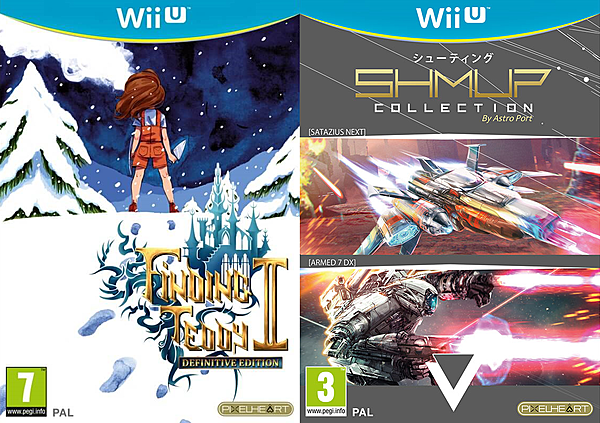 If you're a Wii U physical game collector, we've got a double-dose of titles for you today. Boutique retailer Pixelheart is offering up PAL versions of both Finding Teddy II and SHMUP Collection on the Wii U. Both of these games are also seeing physical release on Switch from Pixelheart, which we've covered previously. If you want to get in on the Wii U action, you can check out the listings here and here.

DuckTales Remastered returns to the Wii U eShop 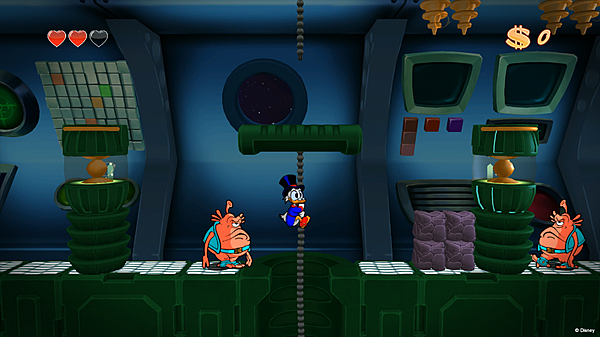 While the retail version of DuckTales Remastered for Wii U can still be found out in the wild, the Wii U eShop version disappeared on Aug. 9th, 2019. The same went for all digital storefronts, as the downloadable version of the game was delisted. You don't have to be sad about missing out anymore though, as the game has now returned!

Capcom has announced that DuckTales Remastered is once again available on all the digital storefronts that it originally appeared on, including the Wii U eShop. A Switch port of the game would certainly be lovely, but this is definitely better than nothing. If you need a refresher on the game, you can check out Capcom's blog here.

Looking to add some Minecraft shirts to your wardrobe? You're in luck, as a Minecraft X Uniqlo collaboration has been announced. Roughly 20 shirts are going to be made available worldwide at Uniqlo locations sometime in Spring 2020. Unfortunately, it seems the entire lineup will only be offered in kid sizes.

While we have to wait for more details on the real-life t-shirt collab, you can take advantage of an in-game version right now. 7 new t-shirt designs as well as some "other fun surprises" are now available in the Mincraft X Uniqlo skin pack, and it won't cost you a penny. You can grab the skin pack right here.

Platinum won't say who owns the rights to The Wonderful 101 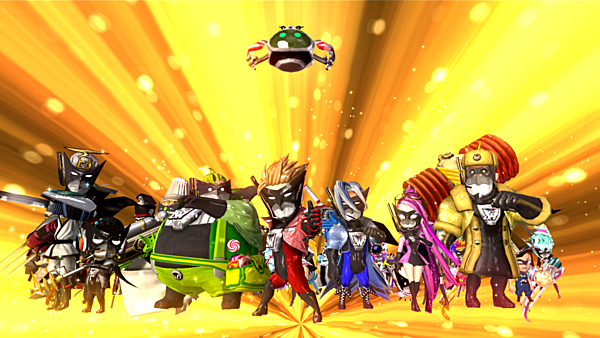 The Wonderful 101 was a Wii U-exclusive, but The Wonderful 101: Remastered is hitting Switch, PS4, and PC via Steam. Many through the IP was owned by Nintendo, but somehow a deal was worked to bring the Remastered version to other platforms. Does that mean that Nintendo relinquished rights to the IP? Platinum's comments on the situation leave room for speculation.

In an interview with Dtoid, Platinum's Hideki Kamiya was asked about who owns the IP. You can see his answer in full below.

"Thanks to the kindness of Nintendo, we were able to do this remaster, but unfortunately, we can't give you any details regarding who owns The Wonderful 101."

You would imagine that if Platinum got the rights back, Kamiya would have said so. Whatever this deal between Platinum and Nintendo is seems like a one-time thing, and certainly took some finessing on both sides. All that matters in the end is that we're getting the Remaster, though!

Not that long ago, Platinum Games shared a video interview with the composer on The Wonderful 101: Remastered. It looks like that was the first of a series of interviews, as a new one has been released. In the video above, you'll get to hear from the environmental artist for the game as he discusses the unique challenges that were tackled during development.

You can do some absolutely amazing things with Nintendo Labo's Toy-Con Garage. We've seen people make some incredible cardboard creations, but what we're showing you today doesn't even involve any physical construction. It's just an unbelievable tribute to The Legend of Zelda: Breath of the Wild.

In the video above, Nintendo Labo expert Green_Squid manages to recreate the first shrine from Zelda: Breath of the Wild with pretty spot-on accuracy. It might not be as visually detailed as the original, but it certainly lines up in the gameplay department!

This isn't the first dungeon Green_Squid has translated into Nintendo Labo. Check out his other efforts below. 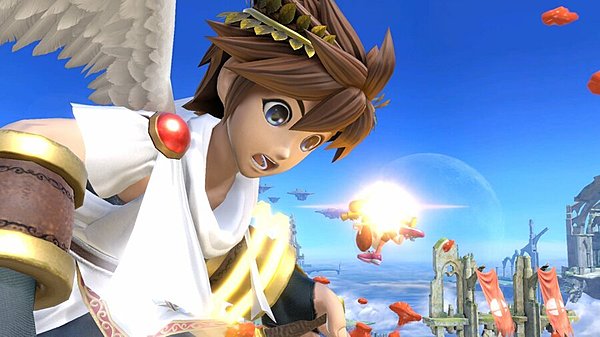 Yesterday I posted a pic showing what looks like an old version of Battlefield. This was a dev stage we used to check how the game's fighter models would look using a common light source, etc. You won't find this in the final version of the game!