Game Freak considered releasing a Virtual Boy game, but didn't get the time to do it 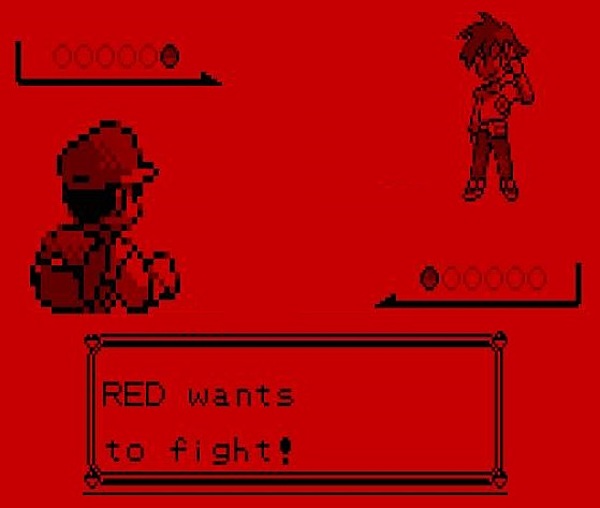 The Virtual Boy is but a quick blip in Nintendo's history, but it's certainly a sore spot. The system stumbled out of the gate, and was yanked quicker than any other Nintendo hardware out there. What came out at launch was pretty much the bulk of what the system saw, as it was dead in the water soon thereafter.

Ever wonder what could have been for the platform? If it ever found its legs and got some momentum going, it seems that Game Freak would have cooked up something. In an interview with Game Informer, Game Freak's Junichi Masuda said that the studio thought about a Virtual Boy game, but it never came to fruition. The title would have been a new IP, but according to Masuda, "by the time we were really getting around to it, the system was on the way out."

It sounds like Masuda would have really liked to create something for the Virtual Boy, as he said that he "really liked" the platform.

Having explored the span of the Virtual Boy's librarly, let's now create a little context for its existence. There's more to this curious little system than the fact that it bombed at retail and Nintendo cut its life short. It represents designer Gunpei Yokoi's passion for interesting applications for affordable technology, prefigured some game industry design standards, and presented a remarkably solid library of software. Was Virtual Boy flawed? Absolutely. But that doesn't mean it's not worth experiencing, or remembering.

This is it! The very final Japanese release for Virtual Boy. The final Virtual Boy game retrospective. And the most expensive Virtual Boy game by far. But you know, it's kind of nice to end this series on a high note. Virtual Bowling is legitimately a fantastic take on the sport, with great mechanics and pleasant visuals. Pity that a boxed copy will set you back as much as a decent used car these days.

The second of Virtual Boy's big-ticket Japan-only rarities, Virtual Lab stands out from the rest by virtue of being the absolute worst. It's a disaster of a puzzle game, riddled with derivative yet ill-conceived mechanics, terrible visuals and sound, and a lack of quality that permeates every aspect of this overpriced cartridge. Do not engage.

We're nearly done with Virtual Boy Works, but before we can put a bow on this venture, we need to tackle the four daunting Japan-only collector's pieces that shipped in the console's final month of existence in that market. First up is Space Invaders: Virtual Collection, a pretty decent recreation of and embellishment on the venerable arcade classics. It's a game that would be a no-brainer pick-up if not for the fact that its value has shot into the stratosphere thanks to its extreme rarity. Oh well.

Did You Know Gaming - Virtual Boy

In this video, Did You Know Gaming takes a look at some facts, secrets and Easter eggs surrounding the virtual reality VR console, Nintendo Virtual Boy and Virtual Boy games such as Wario Land and Mario's Tennis.

Venture into the ineffable madness of on of Virtual Boy's most unique creations: A fast-paced first-person shooter based on the works of H.P. Lovecraft. This is one of those games whose existence seems completely inexplicable—but it's nevertheless quite welcome. Innsmouth no Yakata (sometimes transcribed as Insmouse no Yakata) is a relentless, challenging shooter that creates an impressive sense of anxiety—which means it's a pity it never made its way outside of Japan.

Next in our look at Virtual Boy's Japan-exclusive lineup is the system's sole foray into the fishing genre: A by-the-numbers take on the format by Locomotive and Pack-In-Video called, creatively, Virtual Fishing. It is... fishing. On Virtual Boy. The end.

Another Japan-exclusive Virtual Boy release, this one from minor publisher Coconuts Japan. And it's a good, if slight, creation that takes great advantage of the Virtual Boy hardware to present players with a sci-fi rendition of a popular sport. Like a lot of other games on the system, it needed a little more time in the oven to achieve its full potential—but it's both fun and interesting, making it one of the more notable imports for Virtual Boy.

Tetris with the added bonus of bleeding eyes
15 May, 2019 by rawmeatcowboy | Comments: 0

We launch into Virtual Boy's Japan-exclusive line-up by heading back to the other Tetris game at the other end of the system's life: V-Tetris. This game is nothing at all like 3D-Tetris; for one thing, it's actually Tetris. V-Tetris does nothing to really take advantage of the hardware here, so it's a shame that this interpretation of the block-dropping classic has been locked to Virtual Boy—its special mode offers a unique and enjoyable take on the venerable favorite.