Q-Games is cooking up something special for Star Fox's anniversary. The cake still needs to be baked for a bit longer but we wanted to give you a sneak peek of the upcoming shenanigans.@dylancuthbert is preparing to sit down with @PushDustIn for an interview. How will it go? pic.twitter.com/hv95As7W79

Q-Games is a video game development company that was originally founded by game developer Dylan Cuthbert in 2001. Since that team, the company has gone on to develop a variety of games including games in the Star Fox franchise. In celebration of the company's 20th anniversary and the Star Fox franchise's birthday, Q-Games will be releasing some interviews with Dylan Cuthbert regarding his time working on Star Fox games. We will post more information regarding the interviews here on the site once they are released.
Source: Link
Rating: 1

Random Time! - Fan-made Star Fox video shows what the franchise would like in a Paper Mario style

The following information comes from the description of this fan-made Paper Star Fox 64 video:

Star Fox 64 is my favorite game and I always liked the style of Paper Mario, so I thought about making a video that would combine both.

It took me a month and a half, but I finally had time to do it, it was a fun process and I learned a lot trying to improve the video day by day.

I did everything, I used Maya, C4D, After Effects, Illustrator and Photoshop.

All music and sound effects belong to Nintendo. 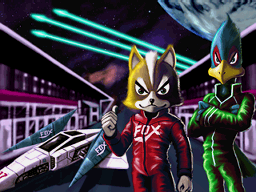 This is a rather interesting rumor to say the least. According to Reddit user DasVergeben, Retro Studios seems to be working on a Star Fox spin-off that focuses on racing. Star Fox: Grand Prix, as the game is called, would be a mix between F-Zero and Diddy Kong Racing. It would include bosses, missions and even a dedicated hub world.

What do you think of this information? Personally it raises some eyebrows around these parts. Here is the quote of said Reddit user in full...

"What Retro Studios is working on is a spinoff based on an existing Nintendo IP that they haven't worked with before.... Star Fox.

It is actually a racing game. Something like Diddy Kong Racing mixed with F-Zero essentially. But more like F-Zero gameplay. It will have a adventure mode of some kind (think Diddy Kong Racing) and there will be some boss fights and a hub world like it too. You can now download Star Fox Zero: The Battle Begins + Training from the North American Wii U eShop. While you will have to search for the title, it is certainly worth it. The software gives you access to the animated short as well as a demo. Just be aware that the application takes up 1677MB space wise!

“In this demo, enjoy the full Animated Short Movie – Star Fox Zero: The Battle Begins, then jump into training to prepare for combat! In this white-knuckle space shooter, it’ll take more than luck to master the Arwing jet, the Gyrowing flight drone, and the Landmaster tank!”

These are parts of a Geek Melee interview with the voice actors of Fox (Mike West) and Falco (Bill Johns)...

Mike West on his voice in Smash Wii U/3DS
''In my opinion you have 20/20 hearing. I don't know why they decided to change up Fox for this one. When you get hired for a voice job, you are alone in a booth. On the other side of the glass sits the engineer who makes sure the recording is proper. Then you have producers and directors who tell you what they want. Your job is to follow their direction.

I try not to read social media crap but I saw some pretty harsh comments about my performance as well as a couple of other voice actors.''

On recording lines for Star Fox Zero
''This go around with Fox, we all made damn sure that the voice matched the original, as much as it could after all these years. I was 34 years old when we recorded the first game, so if you do the math, Fox has an AARP card now!''


Bill Johns on the original recording session
''I came to the recording session a little early and sat in with the sound engineer and the Bad Animals producer. I was the only cast member there—we each recorded our work separately. The Nintendo team was running a little late, so they asked if I wanted to lay down some practice tracks. I went into the booth, put on the headset and started doing triplets of the first line. The idea of triplets is to do the line three times without cutting, each with as much variation as possible so editors have lots of choices. I did the first set and the Bad Animals producer seemed to like it and we moved on to the second line. In just a few minutes we had worked halfway through the script and the Japanese team came in. They were young, well dressed and unbelievably apologetic. I'm not sure how much English anyone in the group spoke, but the Bad Animals producer told them we had done some practice tracks and wondered if they wanted to hear them. They did, and as I watched through the booth window, they listened in a very stony silence. They were all still standing and they put their heads together and conferred. After a few seconds, one of the Nintendo team looked at the Bad Animals producer and said in very halting English, 'uh… more excited.' The producer turned to me in the booth and said we were going to start over and to bring a little more to the next set of triplets. I had never seen or heard the Japanese version of the game, there was no monitor to give me any cues of what I was voicing. It just had to be 'more excited.' I did another set, bumping it up another notch. It was clear these lines were in the midst of some kind of combat. Even though Falco was cool and confident and had clearly seen it all, these lines were being delivered in the midst of a very bad day. After my next recording, they conferred again, and again the same team member looked at the Bad Animals producer and said, 'uh… MORE excited.' At some point I found myself almost wondering why we were doing triplets. Each time I did the line it seemed like I was 'at eleven.' We moved on to the second line and it became clear to me that if that script was any longer than the page and a half it was, I would have been hoarse for a week.'' 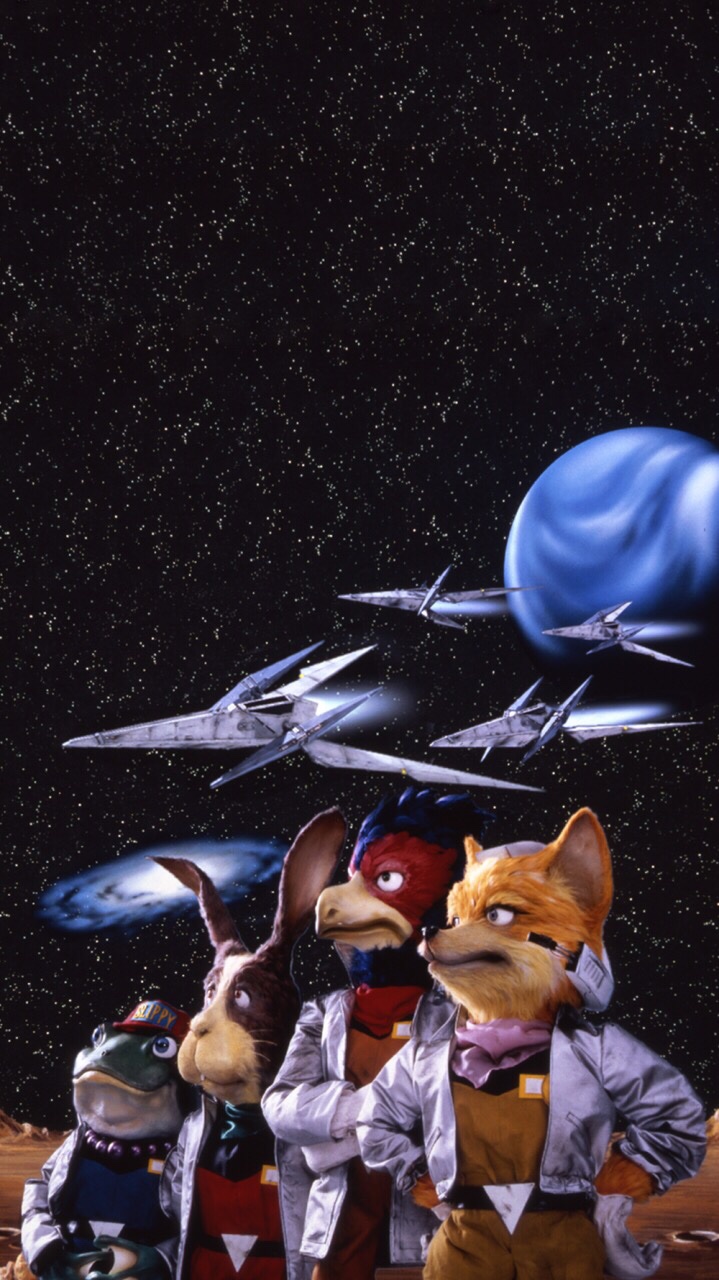 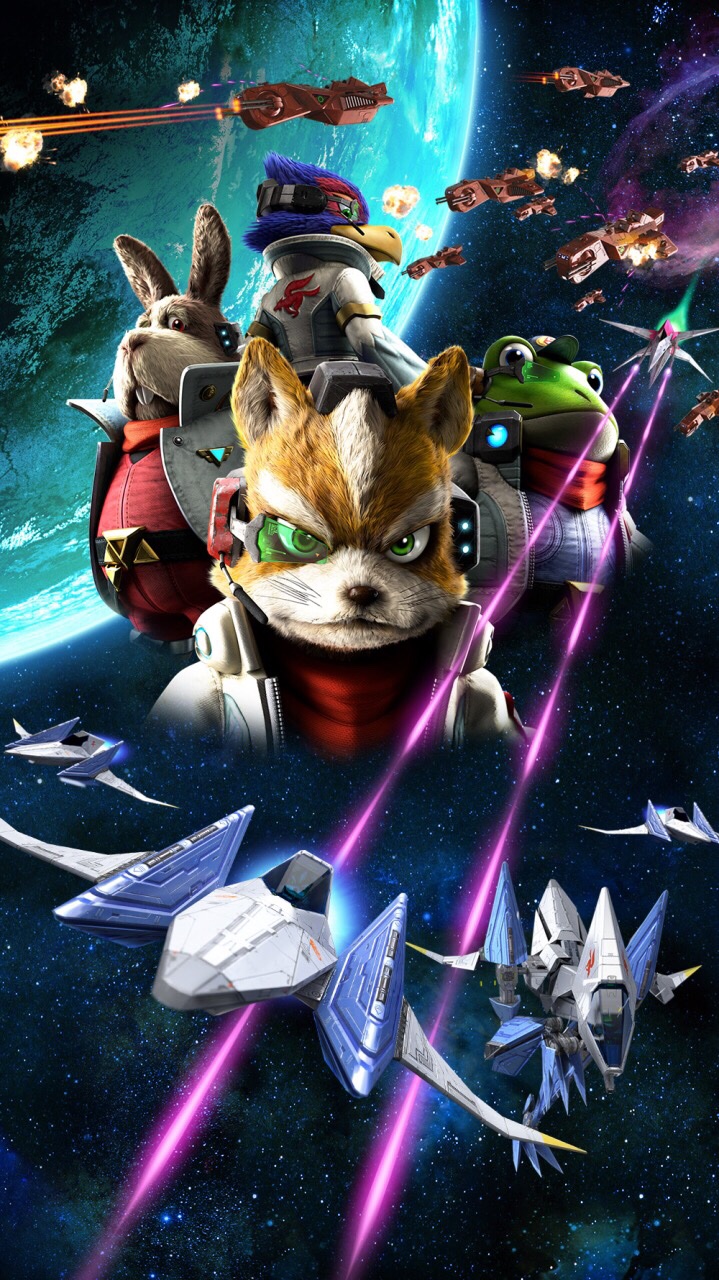