Don't forget to take your vitamins
22 February, 2021 by rawmeatcowboy | Comments: 0 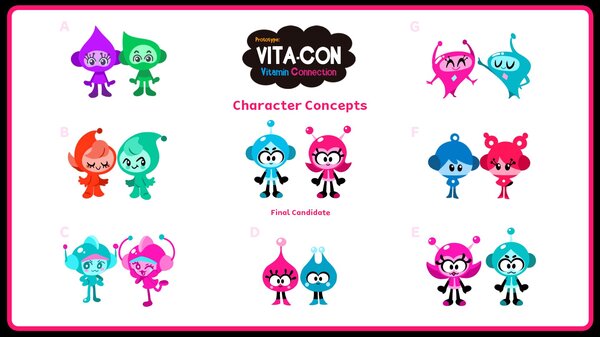 WayForward's Switch-exclusive title Vitamin Connection is currently 30% off, making it $15. You can snag this deal until Feb. 25th, 2021, leaving just a few days left to get in on the offer. To celebrate the sale and the game in general, WayForward shared the above image, which features concept art for the game's main characters.

Bakugan: Champions of Vestroia devs explain how Bakugan were chosen for the game

Plenty to choose from
04 November, 2020 by rawmeatcowboy | Comments: 0 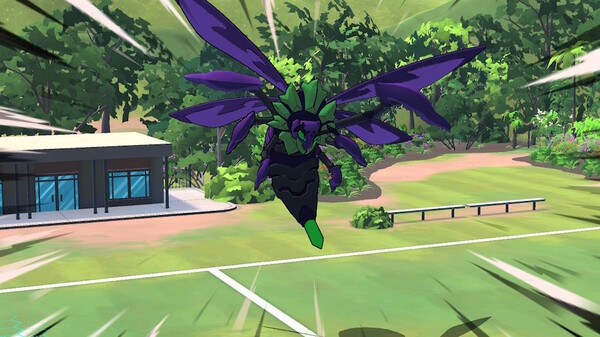 Bakugan: Champions of Vestroia is now available on Switch, and it includes all sorts of fan-favorite Bakugan, but not every creature was included. Wondering how the team chosen which Bakugan made the cut? Kenny Ilko, Executive Producer at WayForward, explained in an interview with Siliconera.

This was primarily a list created by our friends at Spin Master. I don’t know the full inner workings, but what I do know is that they took a long, hard look at the Bakugan found in the anime as well as some of the fan favorites from the toy and created a list that just made sense. With over 80 Bakugan, there are a ton of options for fans who lean more on the Bakugan species and just as many for ones who lean more into the various factions. I’m not going to lie, one of my favorite Bakugan in the game, Darkus Cycloid, did not start there at the beginning of development.

Bakugan: Champions of Vestroia error announces itself in grand fashion 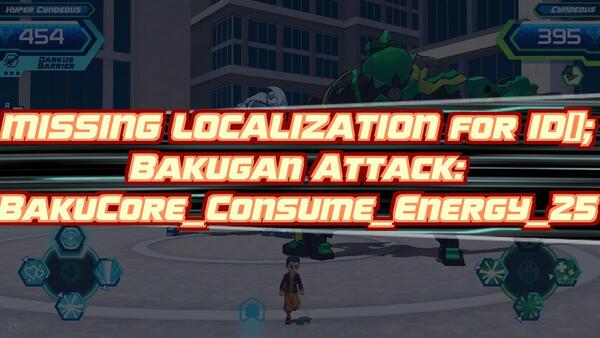 A Bakugan: Champions of Vestroia player has shown off one of the errors he's come across in the game, which is tied to an attack in the game. Rather than having the correct localized name displayed, the game mentions that the info is missing. The thing is, the error flies in with the appropriate background graphics and anime style. At least it's a flashy error! 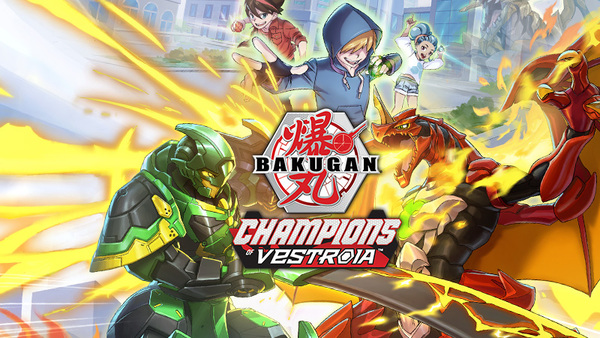 The WayForward-developed Bakugan: Champions of Vestroia has made its way to Switch as of today. Need to learn a bit more about the game before you jump in on a purchase? Have a read of the press release below to get full details.

Bakugan: Champions of Vestroia is an all-new action role-playing game with an original story that expands on the hit TV series and brings the Bakugan universe to the Nintendo Switch™ system for the very first time.

The adventure takes players on the ultimate Bakugan journey as they befriend powerful creatures known as Bakugan, gear up and customize Bakugan teams for epic strategic battles, and master their skills to become the Champion of Vestroia. Players can also play online* in head-to-head multiplayer.

Build the Perfect Team: Assemble three of your strongest Bakugan, each with their own customizable abilities, and equip Baku-Gear to form the ultimate team synergy.

Take on the World: Test your skills against the world in head-to-head Online Multiplayer Brawls using the Bakugan teams you have trained on your adventure.

WayForward and 13AM Games Join Forces for "Dawn of the Monsters"

WayForward has announced that they're stepping in to publish 13 AM Games' upcoming Kaiju battler, Dawn of the Monsters. You can see some of the game in action above, and then read all about it in the press release below.

Independent game studio WayForward is excited to announce that it has entered into a partnership with 13AM Games to publish the developer's upcoming giant-monster action game Dawn of the Monsters. Under the agreement, 13AM Games will continue to lead the game's development, while WayForward will provide creative support and handle digital publishing, distribution, and marketing duties in North America and Europe. A co-op beat-'em-up featuring an original cast of giant monsters (AKA kaiju), Dawn of the Monsters is currently planned for a late 2021 release on Nintendo Switch, PlayStation 4, PlayStation 5, Xbox One, Xbox Series X, and PC.

"From the moment we laid eyes on Dawn of the Monsters, we knew it had the potential to be something special," said WayForward Tyrannical Overlord Voldi Way. "13AM Games is a phenomenal developer that has been a great collaborative partner in the past, and we are very excited to help them bring this unique vision to life."

"I've been a WayForward fan ever since I first got my hands on Godzilla: Domination! on the GBA, and my passion for the work they do has only grown since then," added 13AM Games CEO Alex Rushdy. "So it’s not only very exciting but also very fitting that we are partnering up for Dawn of the Monsters. For many of us this partnership is a dream come true! This is our biggest game to date and we're really happy to have WayForward in our corner. Since they are traditionally a developer, they really understand all the process that goes into making a game, which has made the working relationship smooth and fruitful. We can't wait to share our work on Dawn of the Monsters, we're really pushing a bold, new, visceral vision of what a co-op 2D action game can be."

Further information about Dawn of the Monsters, including specifics on gameplay, features, and pricing, will be revealed at a later date.

Shantae: Risky's Revenge Director's Cut - another round of gameplay

The decade-old title lives on
15 October, 2020 by rawmeatcowboy | Comments: 0

10 years after launching on DSiWare, Shantae: Risky's Revenge has found a new home on the Switch. See what this classic Shantae adventure is all about in the rundown below.

Revenge is a dish best served multiplatform, which is why independent development studio WayForward is pleased to announce that Shantae: Risky's Revenge - Director's Cut, the second game in the 3-million-plus-selling Shantae series, is now available digitally on Nintendo Switch, Xbox One, and Windows 10. Featuring crisp 2D visuals and all the action, exploration, and magical dance transformations one could wish for, the game is priced at $9.99 and is rated E10+ by the ESRB. A new launch trailer showcasing the game's highlights can be seen at https://youtu.be/y27IXsYV5Z8.

An upgraded version of the second entry in the Shantae series, Shantae: Risky's Revenge - Director's Cut once again puts players in control of Shantae, the Half-Genie heroine, who's on a quest to thwart her archenemy, the dastardly lady pirate Risky Boots. Shantae's mission will take her to a variety of environments (including deserts, forests, and undersea caverns) where she'll learn numerous abilities, encounter outlandish NPCs, and confront the sinister Barons of Sequin Land.

First released on DSiWare in 2010, the initial version of Shantae: Risky's Revenge was awarded IGN’s Best DS Game of the Year and was the year's highest-rated handheld game on Metacritic before arriving on PlayStation 4 and Steam as an enhanced Director's Cut. As with those editions, the Switch, Xbox One, and Windows 10 versions feature numerous upgrades over the original, including improved navigation capabilities, HD character portraits, and an unlockable Magic Mode.

Experience Shantae's sensational second adventure, now on Switch, Xbox One, and Windows 10!
Journey across magical Sequin Land, from scorching deserts to the ocean depths!
Meet colorful characters such as Sky, Bolo, Uncle Mimic, and Rottytops!
Dance to transform into a monkey, an elephant, and a mermaid, each with unique abilities!
Detailed pixel-art graphics and stellar soundtrack!
Explore puzzle-filled labyrinths and overcome challenging bosses!
Discover numerous spells and upgrades!
Unlockable Magic Mode with an alternate costume!