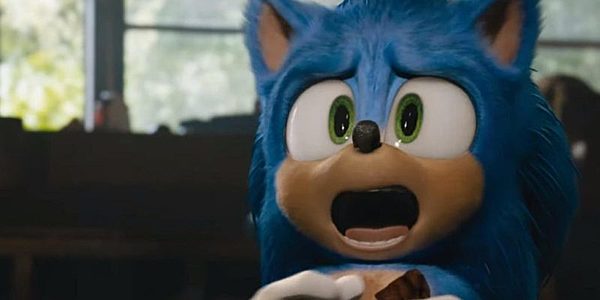 The Sonic the Hedgehog movie was slated to debut in China on Feb. 28th, 2020, but that's no longer the case. The film has been delayed to an unspecified date, due to theaters in China closing down because of the coronavirus. Paramount has offered up a statement on the film's delay, which you can read below.

Sonic will only be slowing down his pace temporarily, and we look forward to bringing him zooming onto the big screen in China once it is appropriate to do so. As the whole country and world unite together to fight the outbreak of coronavirus, we would like to express our gratitude and respect to all the medical staff, the rescue personnel, and people in service who provide us with much-needed assistance and support during this time. 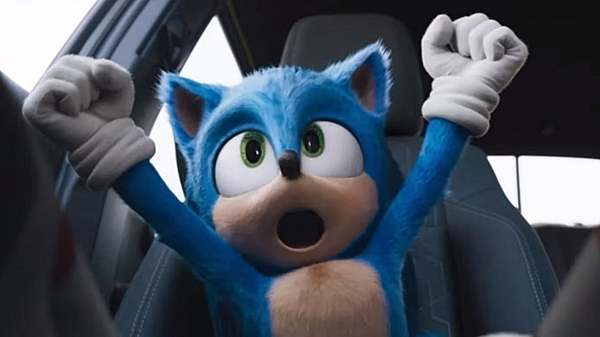 The success story for Sonic the Hedgehog continues at the box office, and the week two data has come in. Not surprisingly, Sonic was #1 at the box office yet again, and has amassed $106 million in the United States alone. That means there's just $38 million more to go before Sonic overtakes Detective Pikachu's domestic total.

On a worldwide scale, the movie has managed to make $203.1 million so far. Quite an impressive total for just 10 days of being out in the public. It'll be really interesting to see where the movie ends up in total gross once its theatrical run is over.

Thanks to Dondom95 for the heads up!
Submitted by: dondom95
Source: Link
Rating: 4

New to the Sonic franchise? Just need a quick refresher? We’ve got you covered.

Hailed as one of the most successful Genesis games, Sonic The Hedgehog 2 garnered critical acclaim swiftly after its 1992 release. Follow Sonic and Tails (in his debut!) as they team up against Dr. Eggman in order to save the Chaos Emeralds from the clutches of evil.

SEGA has hosted their first Sonic Station LIVE event, which you can see in full above. If you just want the details on what was shared, read up below!

First up, SEGA revealed some new Sonic merch. The lineup includes a pair of jackets, a new round of shirts and hoodies at H&M, and sneakers, shirts, and hoodies from PUMA. PUMA in particular has a Sonic hoodie, and Shadow/Knuckles shirts, alongside the previously-revealed sneakers. There's even a set of Amy-themed sneakers and sandals! 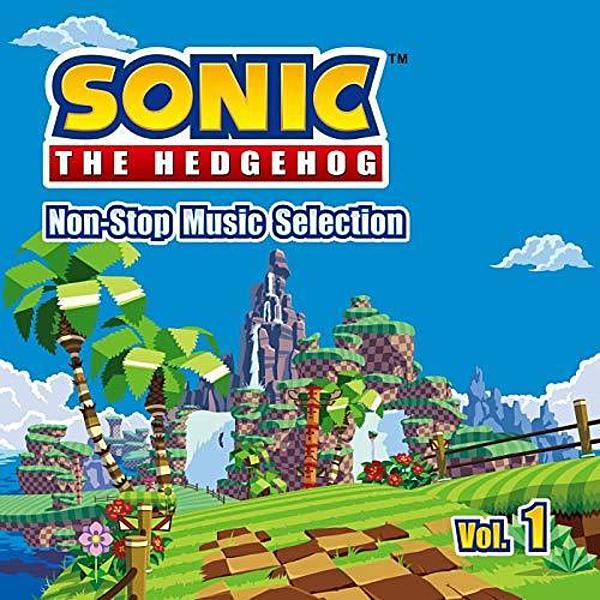 SEGA also revealed Sonic the Hedgehog: Non-Stop Music Selction - Vol. 1, which is available to stream on various services right now. You can check out the full track list below. 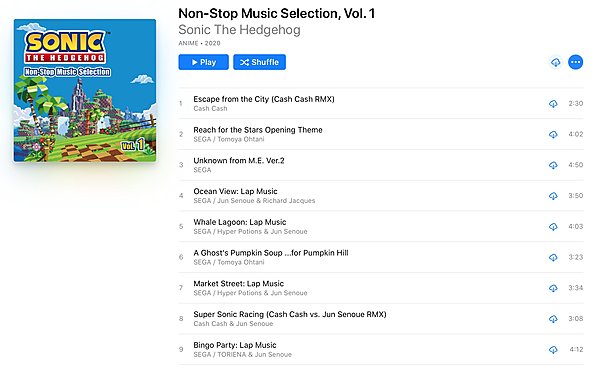 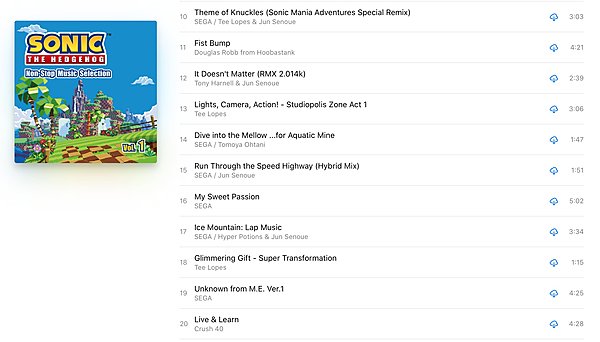 Thanks to RobRmanX for the heads up!
Source: Link
Rating: 0

God of War art director puts his spin on Sonic, Tails, and Knuckles

God of War art director Raf Grassetti has turned his attention away from the Smash Bros. series to focus a bit more on Sonic and his friends. His latest round of artwork features Sonic, Tails, and Knuckles, all of which are inspired by the Sonic the Hedgehog movie design. I'd say he really nailed the style!

Sonic the Hedgehog actress Tika Sumpter says "fans got it right" with Sonic redesign requests, thanks fans with special artwork

Goooood Morning! I hope every one of you have a fantastic and uplifting day!! Thank you again for making our 4 day weekend such a success! Much love!!! #sonic #sonicthehedgehog

Tika Sumpter plays the love interest of James Marsden in the Sonic the Hedgehog movie, and she couldn't be happier with the support the film is getting. Sumpter took to Instagram to share kind words with fans, and also show off a great bit of custom art!

TMZ also spoke with Sumpter in a quick interview, in which Sumpter says the fans asking for a SOnic redesign had the right idea.

I think this one...the fans got it right. I'm so happy Paramount listened, and they helped us make what we are today, which is $70 million out the box, which is rare nowadays. 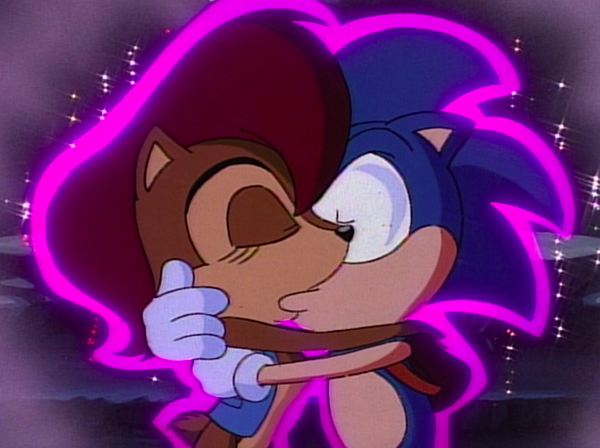 All the way back in 1993, you couldn't find a hotter character than Sonic the Hedgehog. SEGA had created a monster license in just two years, and everyone was scrambling to get a piece of the pie. That includes TV executives who were looking for their next hit.

Those who grew up in the 90s no doubt remember that there was not one, but two Sonic cartoons at the same time. There was the slapstick Adventures of Sonic the Hedgehog, alongside the darker Sonic the Hedgehog. These two shows started airing juts two weeks apart from one another, and many have wondered how that came to be. Today we finally get our answer.

DIC Executive Vice President of Creative Affairs, Robby London, talked to Polygon to explain how everything went down. DIC originally wanted to to have Sonic the Hedgehog air on a network an in syndication at the same time. ABC was interested in Sonic the Hedgehog, but Mark Pedowitz, former Senior Vice President of Business Affairs and Contracts at ABC, shot down the idea of syndication. He said the show would either air on their network or in syndication, but not both.

London was eager to find a way around this issue, which is what lead to Adventures of Sonic the Hedgehog. London figured that as long as the two shows were wildly different, no one would confuse them for one another, and the idea for syndication would be more palatable. The idea was taken back to ABC, and the network decided to go along with it.

Unfortunately, neither series garnered much in the way of popularity. Sonic the Hedgehog only ran for 26 episodes, while Adventures of Sonic the Hedgehog fared better at 65. As we all know, Sonic would have many, many more cartoon adaptations as the years rolled on, and continues to dabble with animation to this day. While the original Sonic cartoons may not have set the world on fire, they were certainly an important stepping stone to where Sonic is today.

Sonic the Hedgehog director thanks fans for a record-breaking weekend

There’s one word in my head this morning and it’s GRATITUDE. THANK YOU to all the amazing people that helped make the #SonicMovie and most importantly thank you to the FANS for sticking with us and delivering an extraordinary RECORD-BREAKING weekend. Much 💙💙💙 to all of you!!! pic.twitter.com/ZrggANo593

Sonic the Hedgehog is now the video game-to-movie adaptation with the biggest opening weekend domestically, and director Jeff Fowler couldn't be happier. Fowler took to Twitter to share some kind words with fans on the achievement, which you can read above. From an absolutely disastrous reveal trailer to a record-breaking weekend...it's sure been one heck of a wild ride for the Blue Blur!

Sonic the Hedgehog co-writer Josh Miller has some ideas for who he'd like to see in a sequel to the movie. He's got a pick for a classic character, as well as someone else you might not expect! Check out his thoughts in the clip above.