Watch the trailer for "Mother to Earth," a documentary chronicling the journey of Earthbound Beginnings

Mother to Earth is an independent film documenting the hidden history behind the localization of the cult classic, Earthbound Beginnings, better known in Japan as Mother.

Our film will offer in-depth interviews and behind-the-scenes looks at this game's localization from Japan to North America, a process that took a quarter of a century.

This project was initially funded using Kickstarter, but if you missed the fundraising campaign, that's fine! With our new online store, you have another chance to pre-order a copy of the film, some of our amazing posters and t-shirts, and even more great stuff!

Earthbound Beginnings didn't see official release from Nintendo until all the way in 2015, but the game was actually planned for localization on the NES. This documentary takes a look at that cancelled localization, leak, fan translations, and so much more. If you want to learn even more about the project, check out the official site for the documentary here.

Check out more pics of the recently-released Mother vinyl album 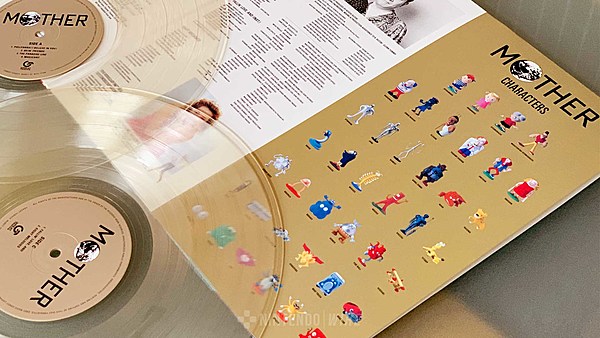 We've covered the Mother vinyl album a few times now. The album saw release not too long ago, and gives you a collection of tunes from the game. If you want to get another look at this absolutely gorgeous album, which includes a pair of see-through vinyls, you can check in on a gallery here. You can also import a copy for yourself via Play-Asia.

Could a new Earthbound/Mother manga series be in early production? The franchise owners, Hobonichi, have taken to Twitter in search of manga artists with a strong passion for the games. Those who apply to that criteria are encouraged to message them on Twitter @1101complus, or email them at postman@1101.com. This wouldn't be the first time Mother has received a manga adaptation, but it has certainly been quite some time. Hopefully something comes from it in the future!

Check out more pics of the Mother Original Soundtrack

The motherload of pics
30 December, 2019 by rawmeatcowboy | Comments: 0

The Mother Original Soundtrack saw release in Japan on Dec. 25th, 2019, and a number of people have already snatched theirs up. If you want to get a better look at what the albums look like, and see what's included in the liner notes, you can see all sorts of pictures in the gallery above.

Mother original soundtrack album to get a second pressing in Japan 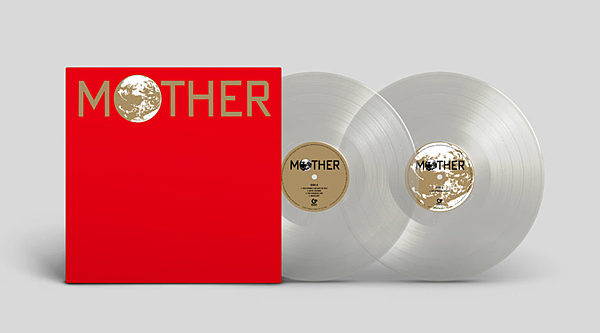 Turns out Japan was really into the idea of the original Mother soundtrack on vinyl. Preorders for the album almost instantly sold out, leaving many wondering how they could secure a copy. Thankfully Hobonnichi has announced plans for a second pressing in Japan, due to the overwhelming response. You can expect this second pressing to come out sometime in January 2020, while the very first round launches December 25th, 2019.

Details on the cancelled Nintendo 64 port of Mother 3, commonly known as "Earthbound 64", have emerged thanks to a translation from Kody "NOKOLO" via Source Gaming. Check out the video above, highlighting the details, or visit here to see the full translation and magazine scans from Dengeki Nintendo 64.

We ran a summary recently of Reggie's lecture that he gave at Cornell, which included a number of questions from the audience. One person in attendance hit Reggie with the infamous Mother 3 question yet again. While we posted on what Reggie said, seeing his response in the video above adds a lot more flavor to the reaction.

Thanks to Dondom95 for the heads up!
Rating: 0

Shigesato Itoi recalls his initial pitch for Mother/Earthbound Beginnings to Nintendo, and how it left him depressed and in tears

A fantastic story from the man himself
21 October, 2019 by rawmeatcowboy | Comments: 4 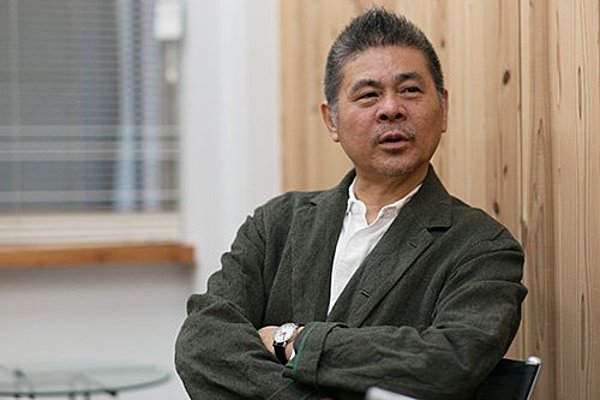 An absolutely fascinating interview with Shigesato Itoi, the creator of Mother/Earthbound has surfaced, and it includes a very detailed look at how the original Mother/Earthbound Beginnings game was pitched to Nintendo. Check out a summary straight from Itoi himself below, which is just a small snippet of the full interview.

“I owe a lot to Mario. I have asthma, and I start coughing when I lay down. I’ve always had a hard time sleeping, and for a while I had to sit up at all times or else I just couldn’t stop coughing. The only things I could really do while sitting up at night were read a book or play a game. So I’d wake up and grab a controller, and Mario would see me through my asthma at night. ...It’s more like I felt indebted to Nintendo.

...one day I finally started playing a copy of Dragon Quest that someone had given me. It’d been sitting around for a while, but it was raining and I had nothing better to do. ...I started it with pretty low expectations, and before I knew it, I was having a great time.

...It was fun. At first I was simply enjoying the game, but then it occurred to me that there’s someone out there who’s entertaining me through this game.

Yeah, it’s like laughing at a comedian’s joke and realizing, “Hey, that person on stage is the one making me laugh!” After a while I found myself thinking about what kind of things I’d do if I made the same sort of game. I wondered why all the role-playing games that were popular at the time had swords and magic.

Games were more unpopular back then. I was defending them on TV, saying something like, “Manga used to be taboo — you’d be scorned for having manga as a college student. Video games are in the same position today, and although it sounds a little extreme, I think games will eventually be an even bigger part of our culture than manga.”

People at Nintendo wondered who I was after that, and Yamauchi said he wanted to meet me. They invited me to their office to ask me what I thought of a game, and after that, we chatted for a while. That’s when (Shigeru) Miyamoto came in. We ended up becoming really close — we got along quite well from the start. I told him I actually had an idea of my own, and pulled out some copies of the notes I’d taken, asking him if he thought it would work as a game.

I pictured them jumping up from their chairs, saying, “Wow, what an idea! We must try it!” It was a dream of mine that they’d make a game using that idea, but instead the conversation just kind of stopped at Miyamoto asking me how serious I was about it. Itoi, how involved do you plan on being in it? Being totally involved in a project can be very demanding.” He sounded very solemn.

He probably assumed I wasn’t interested in being involved. Plus the extent to which he warned me ended up being on a totally different level than the extent to which I assumed it would be demanding. ...From Miyamoto’s perspective, it’s easy for someone to say they want to make a game. It’s the ‘making’ part that’s incredibly difficult. Just like it’s easy to say, “Some old guy in overalls is gonna jump around and save the princess.”

...I knew I wanted to make a game, but when my resolve was questioned, I was very sad about it. ...I went back to Tokyo totally crushed. I thought Miyamoto and I had hit it off well at first, but then I was like, “What a taskmaster.” (Laughs)

He did say to me, “Give me some time to figure this out and see how we can get a team together.” So he was earnest in making it happen. But from my perspective, since he didn’t say how interesting it looked, I’d assumed that meant he didn’t like it. ...I’d never made a game before, so I interpreted his response as, “Well, it’s not great, but if you’re going to keep insisting on it, I guess I’ll think about whether we should bother putting a team together. As someone without any experience, it was easy to get paranoid.

He was kind enough to take it seriously. I didn’t know anything, so I just mumbled a thank you and quickly headed home. They gave me a ride in a black car and treated me well, but I just got more and more depressed. I’d been expecting a torrent of praise, but by the time I got on the bullet train back to Tokyo, I was actually in tears.

...It turned out that it was all in my head. He put together a team for me. Their internal teams had their hands full, so he went to the trouble of reaching out to a company that would help me make the game. ...I met up with the development team at a tiny Japanese restaurant so that they could gauge how involved I’d actually be in all the hard work Miyamoto had warned me about, and so we could get to know each other.

This interview, conducted by Game Center CX, gives an extremely personal and interesting look at Itoi's work with Nintendo, as well as Itoi himself. Make sure to take some time and read the full thing.

Famitsu reader survey shows Mother 2 as the series' most popular, players reveal the order in which they played the games 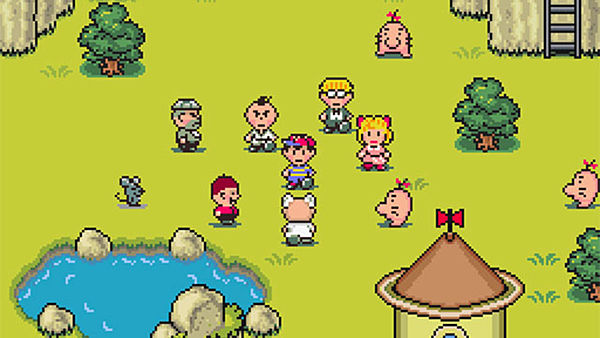 As was covered a few weeks back, Famitsu held a survey about the Earthbound/Mother series. All in all, Famitsu got 2,528 responses to the survey, with 1,679 males and 690 females, with the split being 1,314 Japanese, and 1,176 from overseas. Check out the results of the survey below. 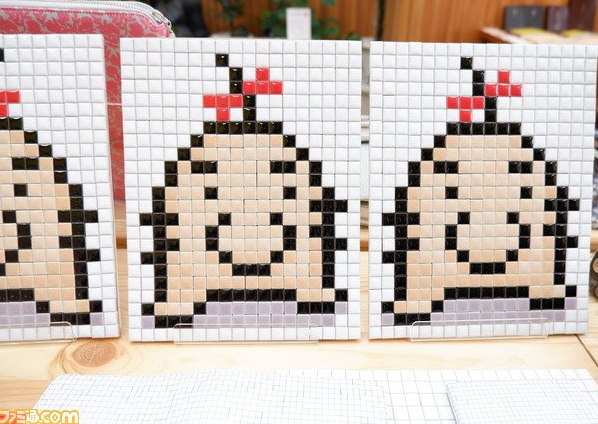 While we might not be getting a new Earthbound game, Shigesato Itoi's Hobonichi company continues to pump out designs based on the franchise. The stationary business has revealed the design of their 2020 notebook, which is a blown-up version of Mr. Saturn's sprite. When this item goes up for sale, we'll be sure to let you know.