Jeff Hardy and The Miz confirmed for WWE 2K Battlegrounds

Two more WWE superstars have been revealed for WWE 2K Battlegrounds. 2K has confirmed that the charismatic enigma Jeff Hardy and MC M-I-Z The Miz will be joining the roster to mix things up. Check out the tweet above to see a quick video of the two in action.

Will the Role Model Feel The Glow? 🤩 @itsBayleyWWE AND @NaomiWWE are coming to #WWE2KBattlegrounds! pic.twitter.com/Q1vU2DLodX

Two more WWE Superstars have been confirmed for WWE 2K Battlegrounds. As you'll see in the video above, both Bayley and Naomi have been announced for the roster.

WWE 2K Battlegrounds got a Switch-specific promo during today's Nintendo Direct Mini: Partner Showcase, and along with that, some screens have been released. To my knowledge, these are the first screens direct from the Switch version of the game. Sift through and see what you think!

2K has announced new details for Saber Interactive's WWE 2K Battlegrounds. Coming to Switch on September 18th, the Standard Edition will be available both physically and digitally for $39.99, while the Deluxe Edition will only be available digitally for $49.99. The deluxe edition will include the Digital Deluxe Bonus pack (Raise some hell with Stone Cold Steve Austin, lay the SmackDown with the Attitude Era version of The Rock and get rowdy with Ronda Rousey. The WWE 2K Battlegrounds Digital Deluxe Edition includes three versions of each Superstar.), and Currency Pack (Includes 1100 Golden Bucks, used to unlock additional Superstars and vanity items.) Pre-orders are now available for both editions, and will include a special bonus of the WWE Hall of Famer, Edge. Check out all the details for the game below!

Featuring a roster of more than 70 WWE Superstars and Legends at launch, with additional Superstars to be released thereafter, WWE 2K Battlegrounds is now available for pre-order in digital formats and at participating retailers.

Developed by Saber Interactive, WWE 2K Battlegrounds offers explosive excitement in an approachable experience for everyone from passionate WWE fans to casual players, with several ways to play:

– Exhibition: Take part in Exhibition matches at home or on-the-go, anytime and anywhere, in local and online multiplayer action for up to four players;
– Campaign: Join the adventures of seven new WWE hopefuls – created exclusively for WWE 2K Battlegrounds – in Campaign mode and compete for the chance to earn a WWE contract. Along the way, you’ll unlock new arenas, inspired by locations such as the Everglades, a military-style Bootcamp, Mexico, New York and Scotland, while receiving guidance from legendary personalities including “Stone Cold” Steve Austin® and Paul Heyman™;
– King of the Battleground: Take on all comers in the King of the Battleground, an online, last-man-standing mode where four players start in the ring while four more wait outside to enter, challenging you to run the gauntlet and defeat them all;
– Online: Test your toughness in online tournaments and Exhibition matches.

Eight unique Battlegrounds environments play a major role in the action, many of them featuring interactive elements adding to the mayhem alongside a variety of outrageous melee weapons players can use to pummel opponents. Soar from military helicopters, smash opponents with cars in an auto shop and toss them into the jaws of a hungry alligator in the swamp. Bombastic play-by-play is provided by WWE commentators Mauro Ranallo and Jerry “The King” Lawler to complete the mood.

Players can also customize their own arenas to give each brawl a personal touch and use the Superstar Creator to build their own, unique WWE Superstar with different body types and sizes, facial features, clothing, hair and fighting styles.

WWE 2K Battlegrounds is designed to be easy to pick up and play, but challenging to master, with more advanced techniques to be learned and skills to be unlocked so players of all skill levels can enjoy the action. A roster of today’s biggest WWE Superstars, including Roman Reigns, Drew McIntyre, Charlotte Flair, Becky Lynch, Asuka, Daniel Bryan, Kofi Kingston, Randy Orton – combined with Legends – including Andre the Giant, Undertaker, Mankind, Shawn Michaels, Yokozuna, Sgt. Slaughter and many more, offers fan favorites for all generations of the WWE Universe to enjoy, with more unlockable Superstars to come via free updates in the future. Each Superstar utilizes one of five class styles, and each class style has its own combat moves, strengths and weaknesses. Choose from the Powerhouse, Technician, High-Flyer, Brawler and All-Rounder to find the style that works best for you. Arcade-style powerups, such as Flaming Fist, Ice Breath and Earthquake, are accompanied by colorful visual effects, offering extra excitement and an additional dimension of strategy that can quickly change the direction of a match.

WWE 2K Battlegrounds, which was revealed a few days back, has now been officially confirmed for Switch release. This info comes to us from an ESRB listing, which also includes some new details on the game itself. Check out the official announcement, as well as the ESRB listing below.

We’re thrilled to introduce you to WWE 2K Battlegrounds, a completely new WWE gaming experience that will feature arcade-style action and over-the-top Superstar designs, environments and moves. We’re focusing on social pick-up-and-play fun, but with plenty of depth for those who want to get way into it.

Whether you’re a casual gamer just learning the ropes or a passionate fan ready for all the action, WWE 2K Battlegrounds provides another way to enjoy WWE video game action. The game is being developed by Saber Interactive, the studio behind NBA 2K Playgrounds, who have been hard at work on WWE 2K Battlegrounds and are excited to let you smell what they’re cookin’.

WWE 2K Battlegrounds is scheduled to launch this fall and we look forward to sharing more information about the game in the coming months.

This is an arcade-style fighting game in which players engage in wrestling matches using custom characters and WWE Superstars. Characters punch, kick, and throw each other during matches; players can also attack opponents by using chairs, poles, alligators, exploding barrels, and falling cars. Wrestlers react to damage by crying out in pain, and/or writhing on the floor. Matches are depicted in a somewhat exaggerated cartoon style—highlighted by impact sounds, slow-motion effects, and occasional explosions. In one sequence, wrestlers climb and are shocked by an electrified cage while grabbing bags of cash. Some female wrestlers wear outfits that expose moderate amounts of cleavage and/or buttocks; characters can perform taunt actions that are somewhat suggestive (e.g., a hula-styled circular dance).

I smell what Ubisoft is cooking
07 August, 2019 by rawmeatcowboy | Comments: 0

The following WWE Superstar Epic Crossovers will be available for 300 Mammoth coins each:

Dwayne “The Rock” Johnson is an Epic Crossover for Sentinel – Signature attacks include a flaming bull, lava, and magma rocks.

John Cena is an Epic Crossover for Hattori – Signature attacks use the ring ropes, fog and camera flashes.

Becky Lynch is an Epic Crossover for Gnash – Signature attacks include a giant green fire fist and a table to send her opponents flying.

Xavier Woods is an Epic Crossover for Bodvar – Signature attacks include his tag team partners, Kofi Kingston and Big E from The New Day.

Developed by Blue Mammoth, Brawlhalla is an epic free-to-play platform fighting game that brings players to the fight for glory in the halls of Valhalla. Choosing from over 40 unique characters, players can jump into single-player and co-op modes as well as online and local competitions. With more than 25 million players, Brawlhalla is available on PC, the PlayStation®4 computer entertainment system, the Xbox One family of devices including Xbox One X, and the Nintendo Switch™ system.

For the latest news on Brawlhalla and all of Ubisoft’s games, visit Ubisoft News: https://news.ubisoft.com/ 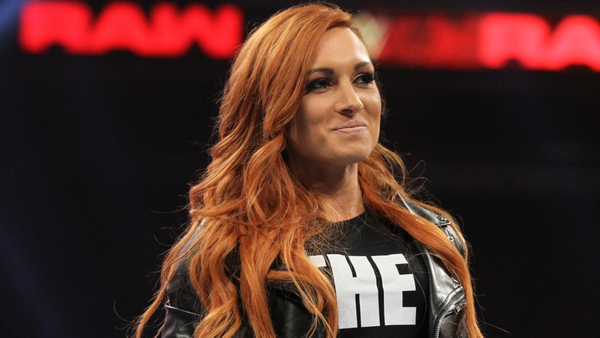 WWE fans didn't get last year's WWE 2K game on Switch, which was disappointing, but perhaps not as disappointing as the previous efforts on the platform. The first and only WWE game on Switch was absolutely abysmal, and is considered by many to be the worst port on the platform. Is it a one-and-done situation for WWE on Switch? A recent listing shows that might not be the case.

Base.com has added in a Switch listing for WWE 2K20, but it doesn't feature any other details. It would certainly be nice if the game made its way over, and perhaps the team taking a year off could lead to a more solid project. We'll try to get word from 2K on the situation, but they'll likely remain quiet until an official public reveal is made.

2K decided to support Switch right out of the gate with both NBA 2K18 and WWE 2K18. In an interview with 2K president David Ismailer at E3, we find out that 2K was quite happy with how these games performed.

This interview was conducted at E3 2018, and since then we've officially learned that WWE 2K19 is not coming to Switch. I guess that continued support Ismailer talked about is going to be quite selective.

Further in the interview, Ismailer addresses the required download for games like NBA 2K18, and says that it didn't impact sales. He also explains why something like this is necessary.

We learned the other day that WWE 2K19 is not coming to Switch. If you wanted the official statement from Take-Two confirming that information, we have it for you below.

“The game will not be available on Nintendo Switch. 2K is focused on making the best possible experience for WWE 2K fans and will continue evaluating all opportunities to deliver the franchise across additional platforms.”