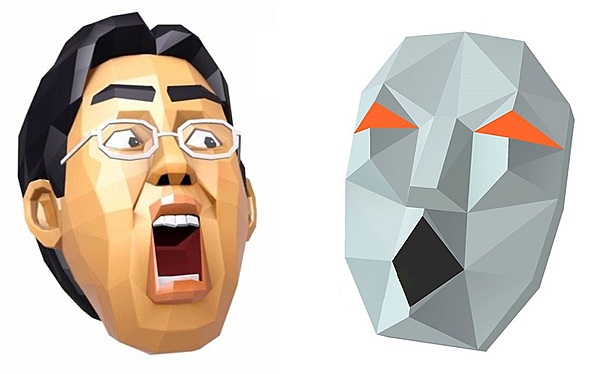 Ever since Dr. Kawashima first appeared in the Brain Age series, he's sported a very polygonal face. It's a look that Nintendo has stuck with for every iteration of the character, and now we know where it comes from. In an interview with Nintendo and Dr. Kawashima himself, Nintendo developer and producer Kouichi Kawamoto reveals that none other than Andross from StarFox was the team's inspiration. Check out the details below, as translated by Oni Dino.

In our initial proposal, we planned to use Dr. Kawashima’s actual likeness, but it felt really strange having his actual face appear in the DS game. So afterward, we put together another idea that had Dr. Kawashima illustrated as a character with a graduation cap on, but our department head at the time, Takahashi, saw it and said, “Nah, this is no good.” He gave us a few suggestions and from there we imagined the final boss from “Star Fox”, and that’s how we decided on this rough, polygonal look.

...but we of course had to make some changes to make him more of an amusing character. Takahashi and the head designer put a lot of love into it, but I was still worried if Dr. Kawashima would give us his approval on the design. Many university professors are quite serious, right? I remember being on my way to the university to talk with him, figuring he was going to hate it.

There's really not much out there from the Big N when it comes to StarFox spin-offs. We have StarFox Guard and StarFox Adventures, and that's about it. Wouldn't it be nice to see the franchise branch out with some other ideas? Indie dev Suitntie22 thought so, which is why he set out to make StarFox: Grounded.

StarFox: Grounded is a JRPG-style Game Boy game that puts Falco in the lead role. Check out official game details below, and hit up the link to give it a go yourself.

A Fan Game for the StarFox franchise where you get to experience an original adventure as the ace pilot Falco Lombardi!

After a simple retrieval mission goes wrong for the StarFox crew, They find themselves grounded and scattered across a mysterious planet. Play as Falco trying to fix his ship and look for his crew mates as he fights against the mysterious assimilating robot species that are slowly taking over the planet. 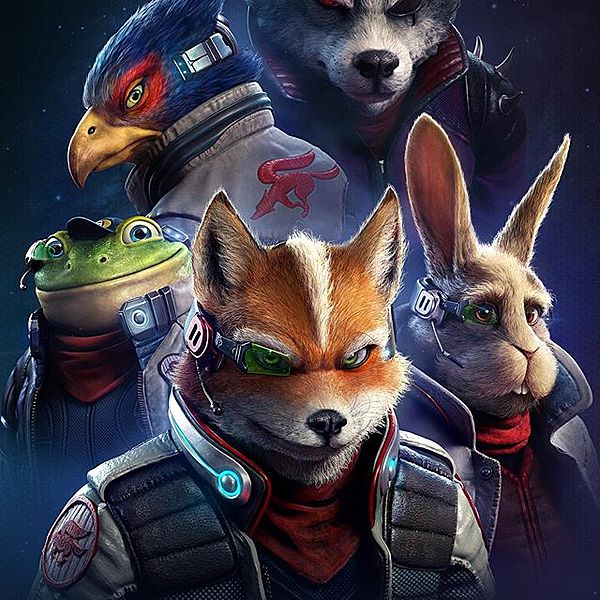 💫 STAR FOX 🦊 🐰 🐸 🐦 🐺 __ Thanks to everybody who followed this project, all the comments, likes and shares. You guys are awesome. Star Fox was a big part of my intro to video games growing up and I feel very happy and fortunate to be able to create my own version of the characters. Hope you like it and that this image brings back memories and somehow makes you happy. Video games are amazing ❤️ Cheers! . #starfox #conceptart #nintendo #nintendoswitch @nintendomag @nintendolife @igndotcom @ignbrasil @kotakudotcom #art #characterdesign #doabarrelroll

The Smash Bros. Ultimate/Star Fox tribute series from God of War artist Raf Grassetti has come to an end with a nod to the villains. Raf has given Wolf O'Donnell a revamp, and he's looking more dangerous than ever. Hopefully it's not too long before we see Star Fox and Star Wolf going at it again in a new game.

God of War art director Raf Grassetti is back into the swing of things with his Smash Bros. Ultimate tribute series. We've already had Fox, Slippy, and Falco, and today we get the wise Peppy Hare. Peppy's kind nature really comes through in this pic, doesn't it?

God of War art director Raf Grassetti is back into the swing of things with his Smash Bros. Ultimate tribute series. We've already had Fox and Slippy, and today we get everyone's favorite jerk, Falco Lombardi. You can really see that snarky attitude coming through in this pic!

💫 Slippy Toad 🐸 ___ “Slippy’s not such a screw up after all." Swipe left to see Fox in case you missed it yesterday! Falco tomorrow? #starfox #slippytoad #nintendo #n64 #smashbrosultimate @nintendo @nintendomag @nintendolife #sketchbook #falco

As we shared yesterday, God of War art director Raf Grassetti is finally getting back to his Smash Bros. Ultimate tribute series. He started off with Fox McCloud yesterday, and for the next few features, he'll be focusing on Team Star Fox in general. Slippy gets the special treatment today, and I don't think he's ever looked better!

God of War art director gets back to his Smash Bros. Ultimate tribute series with Fox McCloud

💫 Fox McCloud ___ Happy 2020 guys! I’m taking the first week of the year to finish a project I’ve been wanting to do since the beginning of 2019 when I started the Smash bro characters. Star Fox is one of those franchises that changed everything for me. I remember playing Nintendo 64 with friends and just being completely mesmerized by only a few polygons 😂 Swipe left and let me know which character from the series you would like to see me do next! (Dbz is returning soon) #nintendo #starfox #doabarrelroll @nintendolife @nintendomag #smashbrosultimate #characterdesign

Last year, God of War art director Raf Grassetti started doing tribute pieces for the roster of Smash Bros. Ultimate. He made a considerable dent in the lineup, but other work got in the way, and Grassetti had to pause his series. Now with 2020 underway, Grassetti is able to return to the tributes, and he kicks things off with Fox McCloud himself.

Grassetti has said that he's going to do the full Star Fox team, and is looking for input on which character he should tackle next. Hit him up on the Instagram comments above and let him know!

ICYMI: #NintendoSwitchOnline members can play #StarFox 2, the sequel that was never released on #SuperNES! And hey, you can also get into spirit with these two mobile phone wallpapers! pic.twitter.com/S8WALS3xaW

Nintendo of Europe is celebrating the launch of StarFox 2 on the Switch Online SNES Collection with some special wallpapers. You can grab two mobile wallpapers above, which both feature artwork from the original launch plans of the game.

Two great games in one package
25 November, 2019 by rawmeatcowboy | Comments: 1

Here's a unique bundle that you'll only find at Walmart. Ubisoft has combined Mario + Rabbids Kingdom Battle and Starlink: Battle for Atlas into one package for Walmart customers, and it appears to be in stores now. Unfortunately, we don't have word on what the package costs, but hopefully it's both titles for the price of a single game.