Ubisoft details their support for the Switch in China

Ubisoft has released a video showing it will support Nintendo Switch in China with 4 titles initially.

Ubisoft is continuing their friendly relationship with Nintendo by bringing 4 of their titles to the Switch in China. The company's lineup includes Mario + Rabbids Kingdom Battle, Just Dance 2020, Rayman Legends, and Rabbids: Adventure Party. You can check out a promo trailer for all four games above.

Rayman animated series in the works 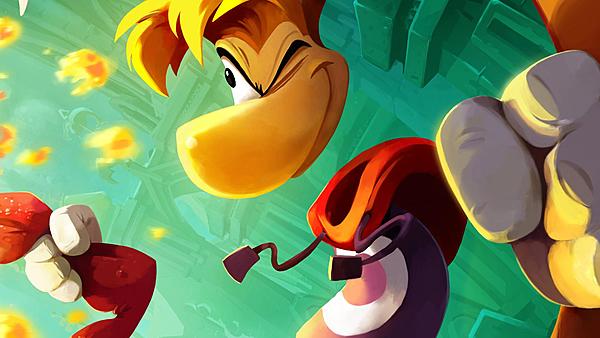 Ubisoft revealed interest in creating some TV projects awhile back, and now they're moving ahead with a franchise Nintendo fans can appreciate. Its been confirmed that Rayman is getting a cartoon adventure, and it's going to be a 'comedy-adventure," according to reports. Other than that, we don't have any details on when it'll release, or where we can expect to watch it.

Remi Gazel, the composer for the original Rayman, has passed away 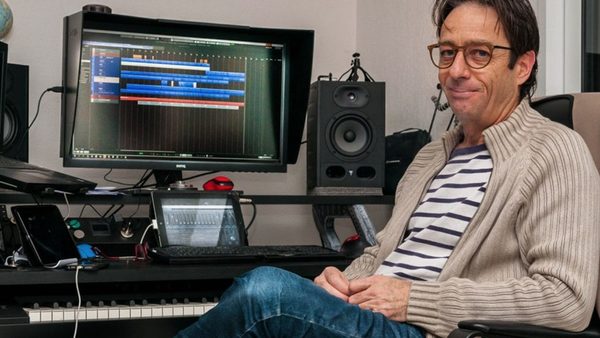 We're sad to report that Remi Gazel, the composer for the original Rayman, has passed away. Gazel unfortunately lost his years-long battle with cancer. Funeral services for Mr. Gazel will be held on May 31st, 2019.

Our hearts go out to Mr. Gazel, his family, friends, and anyone else impacted by his passing.
Source: Link
Rating: -5

This is one of those stories that transports me back to the early days of the internet. The days when people scoured images of games and claimed that insane secrets were hiding in plain site. Those discussions lead to very passionate people who believed the rumors to be fact, and others who thought those fans were crazy.

The video above takes a look at Smash Bros. Ultimate's Battlefield stage, where some people claim they can see Rayman frozen in a block of ice. As you might suspect, some think Rayman is 100% there, and others think it's nothing more than a visual trick. Which team are you on?

During the three-week Rayman event, Kung Foot will replace the Brawl of the Week, so you can queue for Kung Foot matches as well as play with your friends locally or online. The default mode is 2v2, but in couch mode and custom lobbies, you can create Kung Foot games with anywhere from two to eight players.

Brawlhalla: An eternal battle arena where the greatest warriors in history brawl to prove who's the best that ever was, is, or will be. Every match is an epic test of skill, speed, and strength, and every victory brings additional glory and bragging rights to the winners. 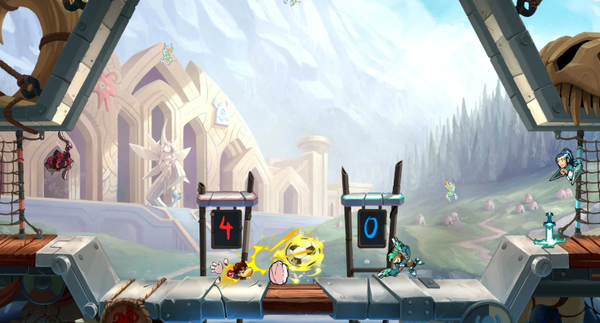 Rayman is coming to Brawlhalla on November 6, and Brawlhalla is coming to Nintendo Switch and Xbox One the same day! As part of the launch celebration, we're adding a new game mode: Kung Foot! Based on the Kung Foot minigame from Rayman Legends, players compete to hit, kick, and blast a soccer ball into their opponent's goal while defending their own. Anyone who has played Kung Foot in Rayman Legends will be familiar with the game. Really, anyone who's ever seen a soccer ball will get the idea pretty quickly. One twist is that the more the ball gets hit, the farther and faster it travels, so things can get out of hand fast.

We've had a blast here at Blue Mammoth adapting Kung Foot to Brawlhalla. It's fun to rediscover each Legend's signature moves in this new context, and it's even more fun to confound your opponent with surprise angles of attack.

During the three-week Rayman event, Kung Foot will replace the Brawl of the Week, so you can queue for Kung Foot matches as well as play with your friends locally or online. The default mode is 2v2, but in couch mode and custom lobbies, you can create Kung Foot games with anywhere from two to eight players.

Rayman has a special place in my heart. We founded Blue Mammoth in 2009 to make great online games in the hand-drawn style we love. When Rayman Origins came out in 2011, it sent a breath of fresh air into the hand-animated adventure game genre, and was an inspiration to us. We're really happy to get to bring Rayman to Brawlhalla, and we hope you enjoy playing Kung Foot as much as we've enjoyed bringing it to Brawlhalla.

On November 6, Brawlhalla will be available on PS4, Xbox One, Nintendo Switch, and PC. As always, Brawlhalla is fully free to play, and of course Kung Foot is free as well. 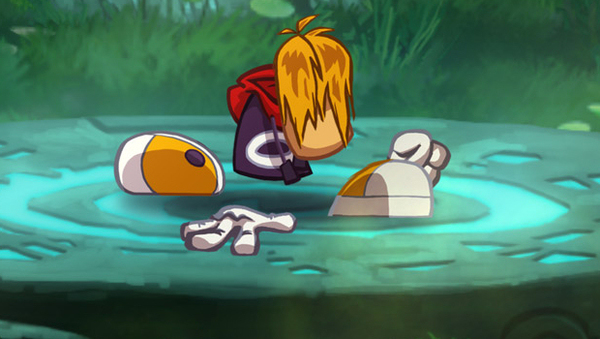 Did you know that the Rayman franchise isn't very popular in Japan? I honestly had no idea until right now, but apparently that's the case. Sadly, not even Rayman Legends: Definitive Edition on Switch could change that fact. The first day sell-through for the Switch title was just 10% of the initial shipment. While that may seem shockingly low, that figure is in-line with the series' sales in Japan. 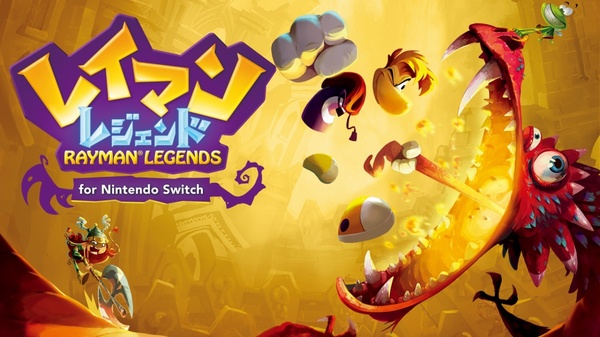