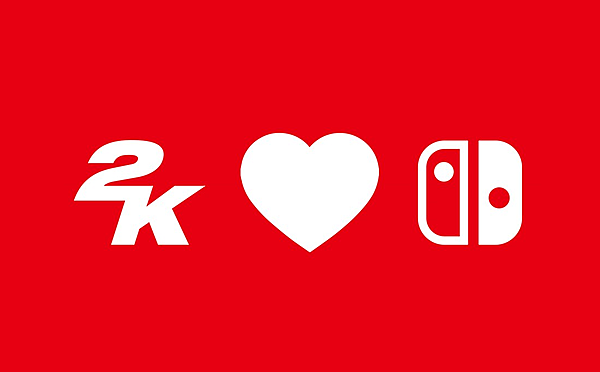 2K is running a Switch eShop sale right now, and it lasts until Sept. 11th, 2020. You can grab the games below at the discount prices listed.

2K today revealed details about the new NBA 2K21 MyCAREER mode and Neighborhood for current-generation consoles leading up to game launch on September 4. NBA 2K21 features a new MyCAREER storyline that takes your player from high school through college - incorporating ten officially-licensed college programs - and eventually the NBA. Players will also be able to soak up the sun at 2K Beach, the newest Neighborhood coming to NBA 2K21!

In NBA 2K21, this year’s narrative, The Long Shadow, tells the story of Junior – the son of a beloved baller who faces the challenges of trying to make it to the NBA, balancing legacy while carving his own path through high school to college. Making this journey more authentic to real life, NBA 2K21 will feature 10 officially licensed college programs to choose from in the story: Michigan State, UConn, Florida, Gonzaga, Syracuse, Texas Tech, Oklahoma, UCLA, Villanova University and West Virginia. Players will be joined by MyCAREER’s star-studded cast with performances from Jesse Williams, Dijmon Hounsou, Mirelle Enos, Michael K. Williams, cover athletes Damian Lillard and Zion Williamson, and more.

2K Beach is the latest location in the Neighborhood, where players live out their day-to-day 2K basketball experience. Jump into 3v3 streetball runs with your crew, 5v5 ProAm games for something more serious and take part in plenty of events providing even more reasons to come back all year long.

Check out all the new details in the NBA 2K21 MyCAREER and Neighborhood Courtside Report here. 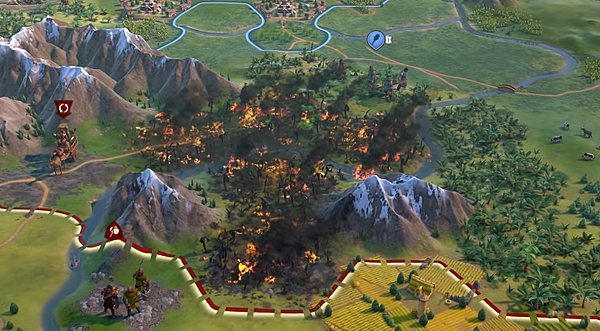 Civilization VI's August 2020 update is now available. You can check out the full patch notes for this update below.

While we were testing the August game update, we encountered an issue that was causing PC and Mac/Linux cross-play to become desynced around the mid-game point. For now, we’ll be turning off cross-play while we work with our partners at Aspyr to investigate a fix and we’ll be sharing updates as soon as we get them. Everyone will still receive the update tomorrow and Mac/Linux users will still be able to play with each other; we wanted to make sure this didn’t come as a surprise and really appreciate everyone’s patience and understanding here.

This new game mode adds variety to the tech tree, as it shuffles techs and civics within their historical eras, leading to different costs and prerequisites than normal. The resulting trees are the same for all players. Techs and civics are also hidden until a prerequisite is earned, preserving the mystery of discovery all the way until the end of the game.

Sick of the Bermuda Triangle? Want to break the Delicate Arch? In Advanced Setup, you can now bring up a new menu to choose which Natural Wonders you would like to include in your next game. Wonders checked are not guaranteed to be in your next game, rather, they are part of the pool of Wonders that will then be randomly selected and placed.

Items in the list below apply to the Gathering Storm ruleset only.

Removed the free population amenity.
Added an amenity to the palace.
Increased the Golf Course amenities by 1.
Decreased all negative amenity level thresholds by 1. Increase Happy and Ecstatic’s minimum by 2.

The Theater Square now gains a major adjacency bonus with the Entertainment complex and Water Park.

The Naturalist unit now initially costs 600 Faith and will increase by 100 Faith after each purchase.
Fixed issues that prevented Apostles from receiving all available promotions.
The Appeal stat has been added to the trait section of the Districts, Terrains, Improvements, and Features Civilopedia pages.
The text for the Acropolis district now correctly shows major adjacency bonuses for adjacent Wonders.

Added some bias towards getting governments with lots of wild card slots.
Fixed an issue where the AI was overvaluing bonuses from governments for cities with governors.
Increased desire for civics that unlock new governments. Capped desire for Theology for high Faith income civs (ensures they can move on to tier 3 or 4 governments).
Various AI improvements.

Governors assigned to a City-State are now displayed in the City-States panel.
Fixed an issue that caused map selection to break.
Various UI bug fixes and polish.

Fixing balanced start positions choosing invalid placements.
Added bias for starting in the center of a continent the player does not share with other majors.

Fix crash when forming a Corps and the unit that is joining is not on the map.
Additional crash fixes.

A new trailer for WWE 2K Battlegrounds was shown today, and it confirms that Mauro Ranallo and Jerry 'The King' Lawler will be handling commentary duties. The trailer also shows off more gameplay for the title, which you can check out above.

Want a look at how NBA 2K21 is shaping up on Switch? You can download a free demo today and give it a go, or just watch the gameplay video above!

2K today released the NBA 2K21 current-generation demo for PlayStation 4, Xbox One and Nintendo Switch. This year’s demo includes four playable teams. Tap into your Mamba mentality with Kobe Bryant and the All-Time Lakers, experience greatness with the iconic Bill Russell and the All-Time Celtics or dominate the court through Giannis Antetokounmpo and Kawhi Leonard with NBA title contenders Milwaukee Bucks and Los Angeles Clippers.

The NBA 2K21 demo offers ballers an opportunity to try out some of the latest gameplay innovations that are detailed in the Current-Gen Gameplay Courtside Report. From major innovations to the Pro Stick to a redesigned shooting system, NBA 2K21 features plenty of new upgrades, improvements and changes that bring the series to a new level.

Additionally, the demo heralds the return of the ever popular MyPLAYER Builder. Select your position, set your attributes and get a first look at what type of builds will be able in NBA 2K21. There's plenty of new things to check out, including the new addition of oversized 6'8 point guards, and your created build carries over from the demo into the full game when it launches on Sept. 4, enabling you to jump in right away. Whether you want to slash to the basket like Russell Westbrook, create space and nail jumpers like Jayson Tatum or command the court from the high post like Nikola Jokić, everything is game in NBA 2K21.

More information on NBA 2K21 for next-gen consoles will be announced at a later date.

PGA Tour 2K21 - another round of Switch gameplay

Play against the pros. Play with your crew. In PGA TOUR 2K21, you can play by the rules or create your own!

PGA Tour 2K21 is now available on the Switch! I'm a big fan of golf games, so I'm hopping in to see how things turned out. So far, so good! 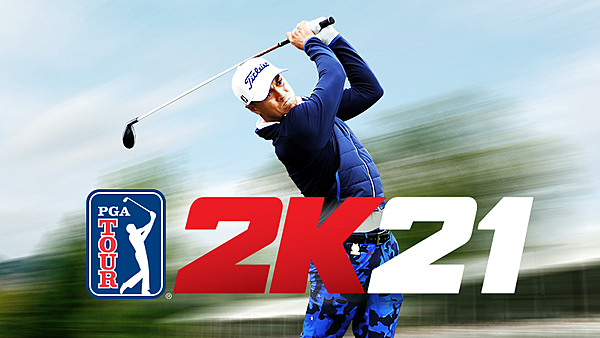 Grab your clubs and get ready to swing with swag in PGA TOUR 2K21! Enjoy stunning recreations of real-life courses, like TPC Sawgrass and East Lake Golf Club, while Luke Elvy and Rich Beem call your shots. Play against the pros or with your crew—the choice is yours!

PGA TOUR Career Mode: Prove that you’ve got what it takes to become the FedEx Cup Champion by facing off against PGA TOUR Pros like Justin Thomas.

Build your MyPLAYER: Earn in-game rewards and gear along the way to customize your MyPLAYER with clothes and equipment from top brands.

Check out the clubhouse without leaving the house: Hit the links with friends in local* or online** multiplayer modes, or run full seasons and tournaments with Online Societies—all from the comfort of your couch.

Fun for all skill levels: Rookies can enjoy real-time tutorials, tips, shot suggestions, and customizable difficulty settings. Experienced players can challenge themselves with the Pro Vision that puts distance, swing, and tempo controls in the player’s hands.

Digital Deluxe: Up your game with PGA TOUR 2K21 Digital Deluxe, which includes the base game, a 2,300 in-game currency bonus, and the Golden Touch Pack. This pack features an in-game gold-plated putter and gold-plated 10.5 driver that will turn heads while you dominate the green. You can also get the 2K/adidas CodeChaos MyPLAYER Pack (to deck out your MyPLAYER with a signal green and black look featuring an in-game version of adidas CodeChaos BOA Golf Shoes), and custom 2K/adidas CodeChaos polo, pants, and hat, designed by adidas exclusively for PGA TOUR 2K21 if you purchase the Digital Deluxe edition on or before 9/3/2020.

Check out gameplay footage of PGA Tour 2K21 on Switch

PGA Tour 2K21 is hitting the Switch tomorrow, but we haven't seen a single bit of gameplay footage for that version. Thankfully an in-depth video review featuring the Switch version has popped up, and you can check out the game in action above.