With the launch of Sword and Shield, Pokemon news isn't slowing down
15 November, 2019 by nintendojam | Comments: 0 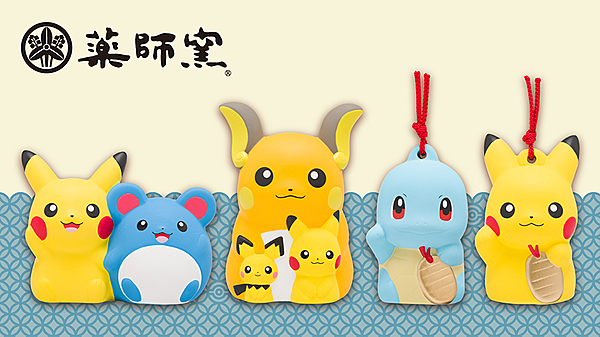 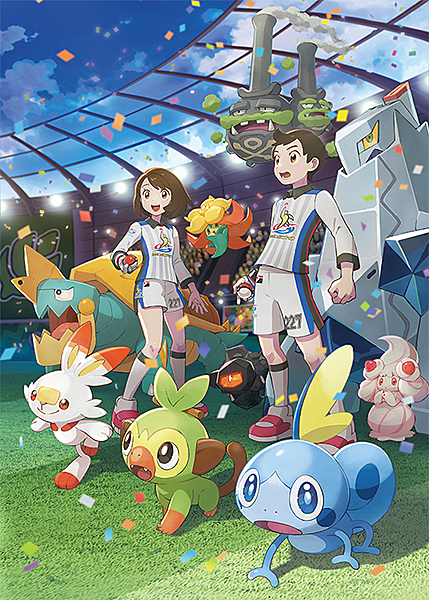 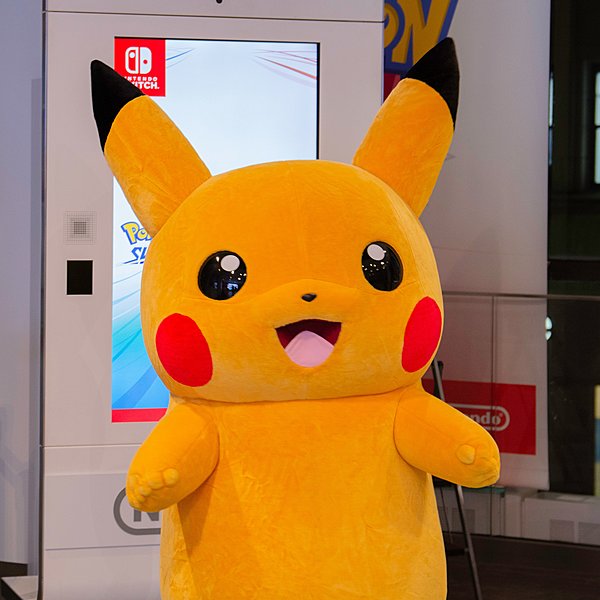 No one’s more excited to explore the Galar region than @GAMEFREAK_info’s @Junichi_Masuda!

⚔️🛡️ Check out his special launch day message, then go behind the scenes with this exclusive interview: https://t.co/szgpVVm1HL#PokemonSwordShield pic.twitter.com/GK8GKfQCpc

New horror game in developement from Suda51 and Swery65, something "light and easy to play" 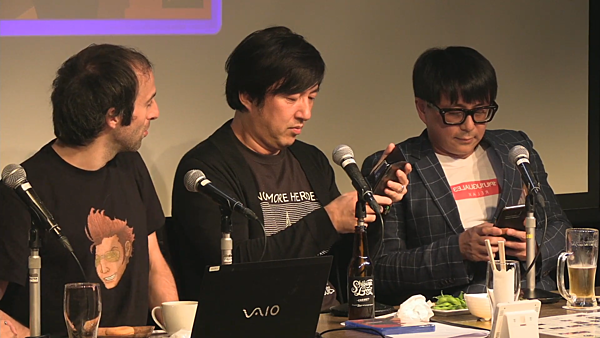 Suda51 (creator of No More Heroes) and Swery65 (Deadly Premonition) both made an appearance on IGN Japan to discuss plans of an upcoming horror collaboration title, 'Hotel Barcelona'. Final details have not been decided, but they both have been discussing working on a project together since 2018. Most of their ideas were forgotten after getting drunk, so the recent stream was a way to force the two developers to discuss some ideas.

The current concept for the game is about a magazine journalist visiting a modern new hotel, ensuing horror throughout. "Each [room] which represents a different person, or a different dimension, or a different look at what happens in this period of time." Nothing about the release is set-in-stone yet, as the translator clarified, "Don't take this for the final word on anything, please."

Both 'Siren' for the PlayStation 2, and projects from American filmmaker, David Lynch, are said to be inspirations. Suda51 and Swery65 texted the director of Siren, Keiichiro Toyama, asking on the spot if he would help make the game. After deciding they wanted his involvement, they quickly received a solidified yes!

Suda came up with the title for the game, Hotel Barcelona, just 30 minutes before the stream aired. However, it's likely this won't be the final name for the project, based on him later changing his mind about where the game could take place. While his initial plan was for you to visit Barcelona, he said Tokyo, South Africa, or Venezuela are other possibilities for the game's location.

Devolver Digital are in talks with the two developers about helping to publish the title, reportedly offering around one million USD for production. Hotel Barcelona will be an indie release, and not developed by a AAA studio.

The upcoming horror title will be "light and easy to play", and the Switch will very likely be one of the platforms for release. Next week, more concepts will be thought of from Swery, and a logo will be designed by Suda. Hotel Barcelona certainly seems like something we should keep our eye on! 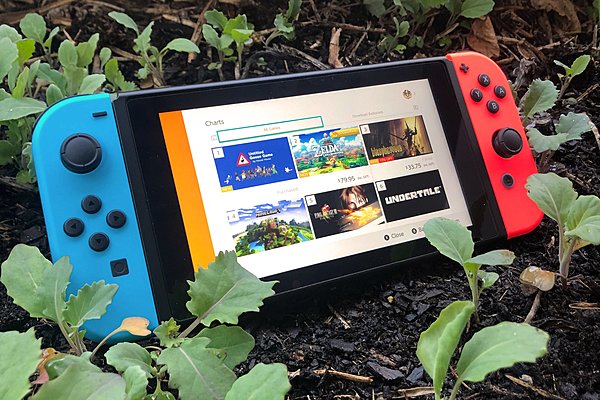 Fans just can't get enough of the untitled goose game known as Untitled Goose Game! Jacob Strasser from development studio 'House House' took to TIME magazine to talk a little bit about why Nintendo Switch was the chosen platform for their wacky title. Based on his comment, the Switch really does feel like the perfect fit for the goose's antagonistic adventure.

“It’s the nice, friendly console. Its whole aura is one of friendliness, and it feels more inviting to non-gamers, or non-traditional gamers or players. When it came down to the decision of where we would launch, it felt like the right emotional fit.”

Check out 'Inside FINAL FANTASY VIII Remastered', a newly released developer featurette giving a closer look at the game's development

The sixth in an ongoing series of developer featurettes, “Inside FINAL FANTASY” takes viewers on a deep dive into the legacy of the series bringing together interviews with a variety of original creators, artists and developers.

Slideshow presentations have never been so interesting!
09 October, 2019 by nintendojam | Comments: 0

Producer of "YU-NO: A Girl Who Chants Love at the Bound" discusses upcoming remake in new interview 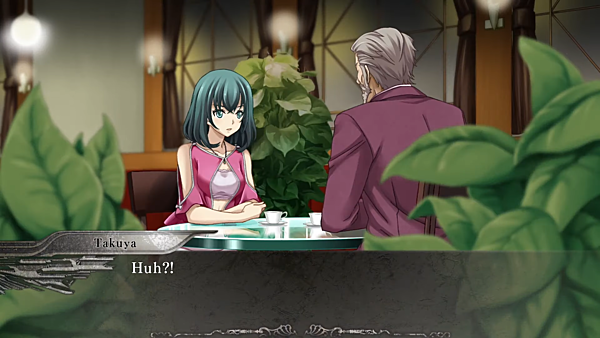 YU-NO: A Girl Who Chants Love at the Bound of this World is coming very soon to Switch, releasing on October 1st! Gematsu recently got a chance to talk with the producer of the game, Makoto Asada, and discuss some details about the 1996 remake! Check out a snippet of the interview below.

Makoto Asada: “We announced it at that time because we happened to receive the rights from the original publisher, ELF Corporation, and finalized the transfer process right around Comiket season.

“Due to the passing of Kanno-san, the original writer and producer, they were hesitant to carry on with the project, but rather than allowing it to lose its recognition, we wanted it to be carried on by those who had a connection to the game. That is how the transfer moved forward.”

—Browsing through game forums and comments, some fans are concerned about the change of art style in the remake. What went into determining the right style for the remake of a visual novel classic?

Asada: “First of all, the decision to create an anime had already been made when we decided on making a remake of the game. Part of the reason we changed the art style was because we wanted something that was easier to transfer to the anime medium. I expected there would be users who prefer the original art style, but thought it would be hard as a business to bring it back to the same aesthetic as 20 years ago.

"fault - milestone one" gets a developer interview for the upcoming Switch port, livestream announced 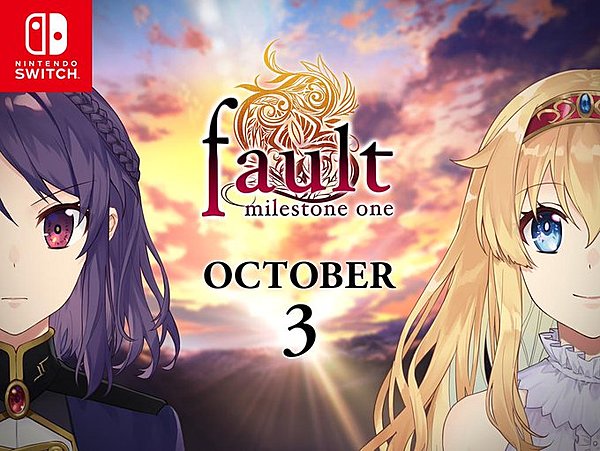 A new developer interview for the upcoming Switch port of visual novel "fault - milestone one" has been released from noisy pixel! A livestream for the game has also been announced for TODAY at 3 PM PT / 6 PM ET. Check out a snippet from the interview below! The game is set to launch on the Nintendo Switch eShop on October 3rd.

Azario Lopez: fault – milestone one originally released in 2013, during its development did you ever think that six years from release it’d be finding a new audience on new platforms?

Munisix: It’s been so long now so it’s kind of hard to recall but I know for a fact that the rational side of me was expecting to just fade into obscurity. Visual Novels sales, especially at the time of development, were tanking in Japan and the boom clearly seemed like it was over. I’ve known developers that would pour their heart and soul into their titles and it would sell no more than maybe 20 copies throughout its lifetime.

Then on top of that, you take something like fault where the focus isn’t on sex appeal which much of the industry is known for and it was just simply unreasonable to expect anything out of it. The emotional side of me though, knew I was onto something. Sometimes you gotta trust your instinct and do something stupid like drop your entire life, move to Japan and make Visual Novels. Sometimes it works out. I’m ecstatic that fault is finally going to be on the Switch.

AL: After releasing fault – milestone one on Switch, would you like to see your other titles, both released and upcoming, on the console as well?

M: Absolutely. We’re pretty much timing our release schedule so console can be in sync with the PC side. That was our plan all along. Porting the first game over to Unity was and is the groundwork for our future titles. It took forever… but things are finally coming together now. Also, something like Mhakna Gramura and Fairy Bell would be absolutely perfect for the Switch even as a stand-alone title.

AL: Was it important for you to bring the best version of fault – milestone one to the Switch?

M: The IP of fault seems perfect for the Switch and consoles in general. The series is known among fans for being a great introduction to Visual Novels because of its tightly packed length, lack of adult content, story structure and presentation that is heavily influenced by cinema and art that is easy on the eyes. You only get one chance to make a first impression and we wanted to make sure that we knock it out of the park with our introduction to the console market. 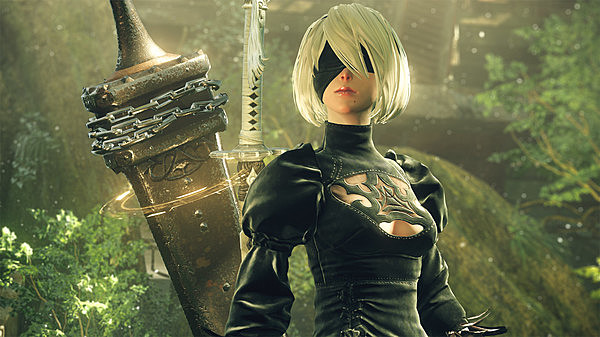 Director of Nier: Automata, Yoko Taro, sits down in a recent interview with Bunnygaming to answer a variety of questions. One of these questions, is about the much desired Switch port of the Square Enix published title.

When asked about the possibility of Nier Automata being released on Switch, Yoko Taro stated: 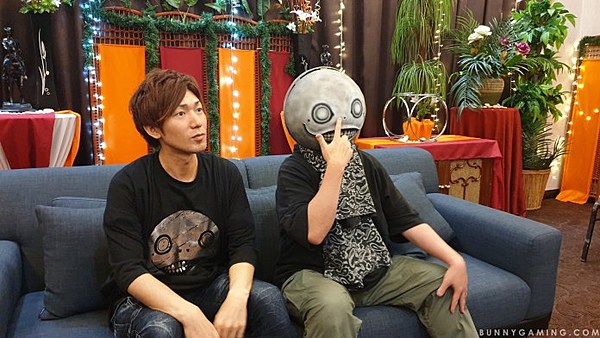 An exclusive interview from Bunnygaming sits down with Taura Takahisa to talk about Platinum Games' recently released title Astral Chain. In the interview, Takahisa reveals he is unsure about the possibility of a sequel. He also notes that his previous remark from a different interview on Astral Chain being part of a trilogy was actually a mistranslation. Check out the snippet from the interview below.

BG – "Taura-san, you have mentioned in a previous interview that a sequel to Astral Chain is subjected to how well the game sells in the market. Does the studio have an expectation on how much sales at least to justify a sequel?"

Taura Takahisa – "I can only say that the idea of a sequel at this point is something I am unsure of and I do not have the current sales figure right now. But I will be very happy if the game is well received and sells well!"

BG – "It was rumoured that Astral Chain is part of a possible trilogy, do you already have an idea on how the next Astral Chain game would look in gameplay and story should you get to direct one?"

Taura Takahisa – "The trilogy remark was actually a mistranslation from a previous interview. I actually meant to say that I do have a lot of ideas at my disposal and if there’s an opportunity to make a sequel or more entries, I’d be able to do so." The following portion comes from an interview with Ahmed Bin Fahad on Nintendo Life:

It all began 20 years ago when I automatically started asking my parents to buy me the latest consoles and the latest games. Although I used to get them occasionally as presents, I made sure the old ones I had were stored in their boxes and were kept in a safe place; then I realized that I was obsessed with Nintendo.

Therefore a thought came to my head of collecting some clean copies of the old games of my childhood, as their memories are close to my heart.