Numerous reasons to return to the game
06 January, 2020 by rawmeatcowboy | Comments: 1

Konami has released another major update for Contra Rogue Corps. The update packs in new content and tweaked features. Check out a full rundown of what's in this update below. 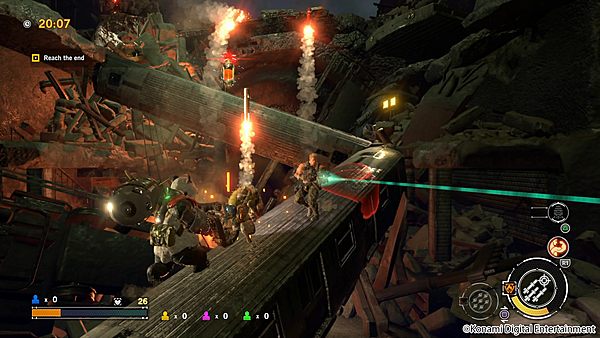 Contra Rogue Corps has been updated to add in some new, free content for players. You can now access two additional hardcore missions, the Underground Cave Adventure and Angry Megaton Skyscraper. Check out footage from those stages below.

This update also includes a host of other content, fixes and tweaks, which are as follows.

Contra: Rogue Corps' motion comics lead illustrator on throwing in as many Easter eggs as he could 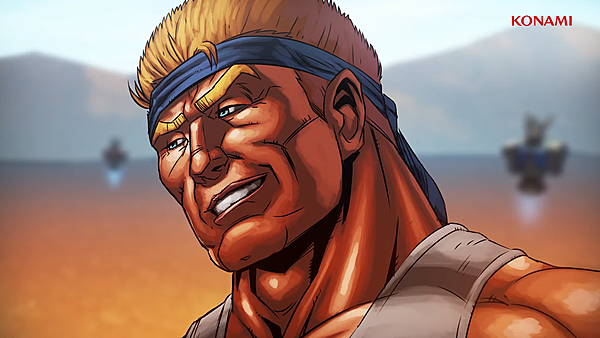 Konami has been releasing a series of motion comics to promote Contra: Rogue Corps. The comics are over-the-top in every way possible, filled with goofy jokes and nods to Konami franchises. In an interview with Comicbook.com, lead illustrator Emilio Lopez talks about sneaking in as many references as possible into those comics.

I left a couple of, at least with the original motion comics, I tried to get as much little Konami things in there, kind of fun things and we try to also do little stuff like tributes to some of the previous Contra games. I tried to get Probotector or two in there for the folks out in Europe. And I also tried, at one point [the ship captain,] she used to have little charms on the side, because I always saw the character as kind of an otaku or big video game fan, and I wanted to do a little bit more of stuff like that. Like she had a little more video game paraphernalia. So one of the ones that... for the Japanese market, I put a little LovePlus, just because I know our games are going everywhere. So I wanted to get a little something that they sort of know, and they kind of said, "Ah no, maybe you want to just pull it out." So that's the only thing that I wish; I wish I got the little LovePlus thing in there, just for the folks out in Japan, to be like, "I know what that is!"

A new installment to the Contra franchise is here! Join the most resilient team, the CONTRA: ROGUE CORPS, in an action-packed, run-and-gun frenzy! Defeat the aliens and save the world! The original Contras Bill 'an Lance showed us the way. Now, it's our turn.

Konami explains why now was the right time for Contra to return with Contra: Rogue Corps 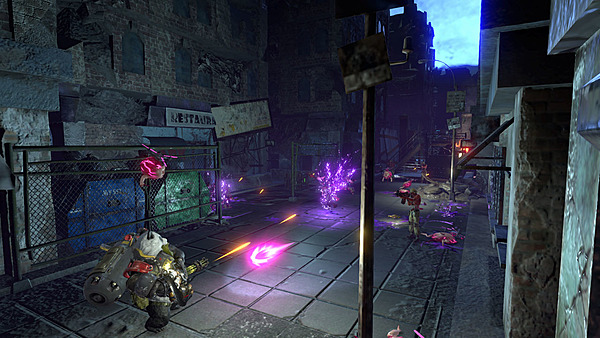 Contra: Rogue Corps is available now, ending quite the hiatus between Contra releases. Why did it take so long for this classic IP to get a new installment? Director Nobuya Nakazato explained in an interview with NintendoEverything.

As you may now, it’s actually our 32nd anniversary for Contra. What a better time to celebrate the series as a whole? One of the reasons why we kicked off this project is because we’ve seen a lot of just fan hype based around when the games were released within the Famicom Mini series. So that’s when we realized we have such a huge fan base, and there’s a lot of people who actually love Contra out there worldwide. Right now there’s a retro gaming boom, it’s trending, and we thought this would be a perfect time to bring such an iconic, retro IP back into modern gaming. 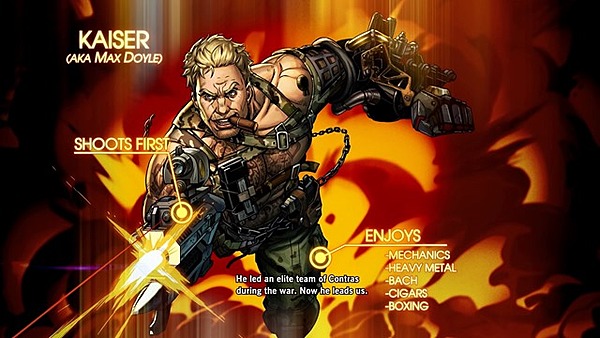 Contra: Rogue Corps has some of the strangest characters in the Contra franchise by far, but it also has Kaiser, who is pretty old-school Contra. In an interview with Siliconera, director and executive producer Nobuya Nakazato explains his approach to characters in Rogue Corps.

I’m not really thinking too hard about the nuances of these characters during the dev process. I can definitely say there needs to be the buff, muscled guy as part of the Contra universe. That’s sort of the base definition of the franchise. If I start there, then I think about the other characters that may fill in the group. I’ll think about character designs and capabilities that complement and bring new and fun angles, but it’s not like I’m necessarily approaching each character with those design angles.

Check out the Japanese launch trailer for Contra: Rogue Corps, as well as more screens 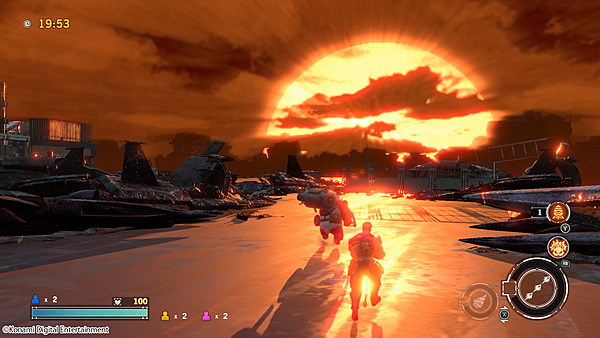 Contra: Rogue Corps gets a second motion comic, and a launch trailer

Contra: Rogue Corps is available now, and Konami is celebrating with two new videos. You can check out the second installment in their motion comic series above, as well as a launch trailer for the title.

A Season Pass Bundle, providing fans full access to the game and DLC for the first four months post-launch, is also available at SRP $44.99.

A twin stick, third-person action game, CONTRA: ROGUE CORPS has players complete missions and gather resources to upgrade their guns and body parts in a desperate attempt to stay alive in the Damned City. Players have the option to team up with friends online, bringing them to the campaign to mow-down enemies together. Additionally, players will have access to a local Couch CO-OP mode and a unique, up to 4v4 PVP online mode called Carnage League.

From the director of CONTRA III: THE ALIEN WARS and CONTRA: HARD CORPS, Nobuya Nakazato brings more than 25 years of franchise pedigree into CONTRA: ROGUE CORPS with enormous crazed enemies, over-the-top action, and a cast of diverse playable characters that add to the irreverent tone of the game.

Several years after the events of the Alien Wars, CONTRA: ROGUE CORPS follows a group of former military mercenaries living on the fringes as bounty hunters and treasure finders in the Damned City. Survival requires fast reactions, powerful weapons, and the occasional organ and cybernetic augmentation.

Nintendo re-ups trademarks for 39 existing games
Jan 28, 05:50 by smasher89 Jan 28, 00:18 by socar
The Witcher author has not played the game adaptations
Jan 28, 04:49 by seansneachta
Not Tonight: Take Back Control Edition publisher has no idea if the game will sell well on Switch
Jan 28, 02:50 by jumpmanfr
Go for glory in the Tetris 99 11th MAXIMUS CUP Lunar New Year Challenge
Jan 28, 02:18 by autumnalblake
Sakurai looks back on his first interview with Iwata, and what it was like working alongside him
Jan 28, 00:20 by socar