The next season of MyTEAM in NBA 2K21 is now live. To read more about this season, check out the official press release below.

2K today announced the next season of MyTEAM for NBA® 2K21 on PlayStation 4 and 5, Xbox One and Xbox Series X|S, Nintendo Switch, Google Stadia and PC, featuring the Modern Age vs. the Golden Age of the NBA with player alter egos on full display. From Modern Age heroes like Zion Williamson smashing dunks to experiencing the power of flight as Golden Age hero Michael Jordan, MyTEAM Season 5 lets fans unleash their powers with new players, challenges, rewards and hero themed cards.

Continuing the debut season structure in the franchise’s history, Season 5 - Age of Heroes features power, progression, rewards and more, in a variety of new content for ballers to enjoy, including:

Build Your Own Hero: Evolve a Sapphire Evo LeBron James at the start of the season into a Diamond;

Collect 30 brand new hero themed cards from the Modern and Golden Age of the NBA featuring superstars like Luka Doncic, Mitchell Robinson, Big Fella Shaq, Manu Ginobili and more. Complete the set for a special reward that will be announced at a later date;

New players in the Exchange, including Larry Legend and Khris Middleton;

The $250,000 MyTEAM Unlimited Tournament kicks off with 32 hopeful qualifiers competing on February 20 in a knockout Tournament running up to the Grand Finals on March 6 (full rules can be found here) and;

There’s no better place to celebrate All-Star than in MyTEAM; stay tuned for more details.

Check out the full Courtside Report here for all the details on the latest season. 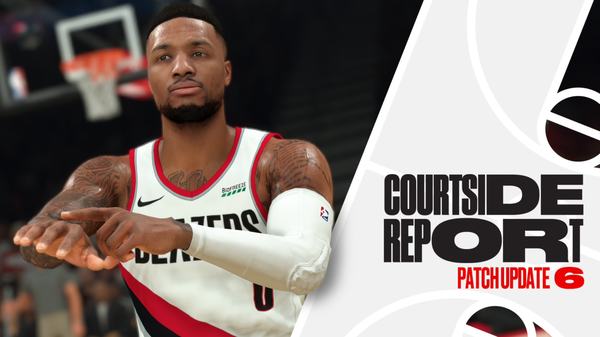 NBA 2K21 is getting its 6th patch in the near future. While we don't have a release date for Switch, we can at least take a peek at what's coming our way. Check out the full details below.

Today’s update brings new seasonal decorations for the Lunar New Year at 2K Beach as well as a number of updates for MyTEAM and additional fixes included to improve the overall experience of NBA 2K21 across all game modes.

More details on the latest updates are available below:

The traveling Big Top has arrived at 2K Beach. Keep your eyes out in the coming weeks.

Addressed a rare hang that could occur when starting a multiplayer match with a specific type of lineup
Various other stability and performance issues have been addressed to further improve the overall experience
Various non-gameplay updates in preparation for the MyTEAM Unlimited $250,000 Tournament on February 20th**. Watch games live with 2KStreamcast during the Tournament!

*Update is available on Xbox One, PlayStation 4 and Steam; will roll out to additional platforms at a later date. 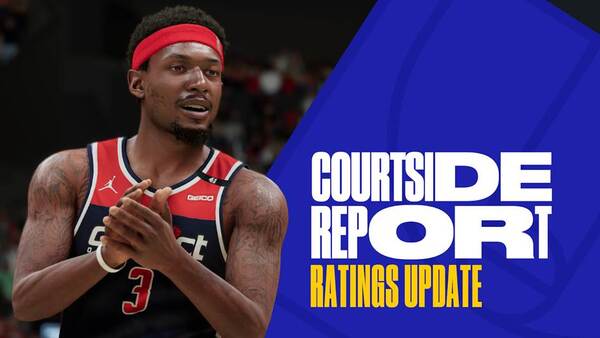 The player ratings in NBA 2K21 have been updated for the second time, and there's quite a few changes. Check out complete details on what's been tweaked below.

With the NBA season well and truly underway we have another player ratings update for NBA 2K21. With strong recent play, Jerami Grant (+4), Mikal Bridges (+4) and Bradley Beal (+3) are among the biggest risers.

The next season of NBA 2K21 is live starting today. New challenges, new prizes, and more have been added to the title. Check out the full details below.

2K today announced that NBA 2K is releasing the next season of MyTEAM for NBA® 2K21 on PlayStation 4 and 5, Xbox One and Xbox Series X|S, Nintendo Switch, Google Stadia and PC, continuing the debut season structure in the franchise’s history. Season 4 - The Return - brings additional prizes, challenges and more tied with the NBA season.

MyTEAM Season 4 brings a variety of new content for ballers to enjoy including: 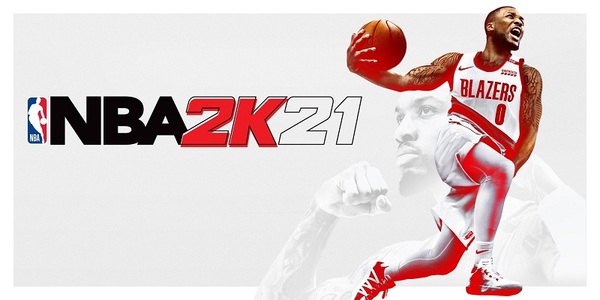 A new update is available for NBA 2K21. Check out the details below.

Added Online VS, the difficulty used in MyTEAM Unlimited & Limited, to Play With Friends games.

MyTEAM Season 3 has kicked off today in NBA 2K21, and it includes a bunch of new content. Get a full rundown of Season 3's features in the press release below.

2K today announced that NBA 2K is releasing the next season of MyTEAM for NBA® 2K21 on PlayStation 4 and 5, Xbox One and Xbox Series X|S, Nintendo Switch and PC, continuing the debut season structure in the franchise’s history. In the season of giving, MyTEAM Season 3 is giving you tons of new players, challenges, rewards and more.

Living up to its name, MyTEAM Season 3 brings an array of new content for players, including:

A new level 40 prize: Galaxy Opal Dwyane Wade. There will be 45 total levels this season, with extra prizes through levels 41-45; 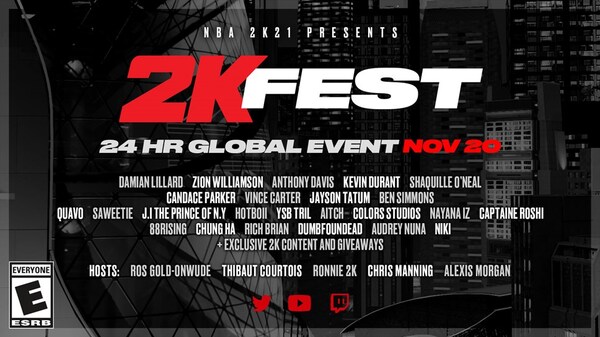 2K has announced a special event that celebrates both a 2K milestone and the NBA 2K series. The event, dubbed 2KFest, will feature all sorts of basketball-themed content, musical guests, and much more. Get the full details in the press release below.

2K today announced 2KFest, a global celebration of music, basketball, gaming and culture, featuring NBA and WNBA All-Stars and legends, musical talent and influencers from around the world in the 24-hour event.

On the heels of the global launch of NBA 2K21 for next-gen consoles*, the inaugural 24-hour livestream event is the first of its kind for 2K, and will bring an action-packed day of experiences and exclusive 2K content that you don’t want to miss. Hosted by sports broadcaster, Ros Gold-Onwude, and FIFA World Cup Golden Glove winner and current Real Madrid goalkeeper, Thibaut Courtois, 2KFest features the NBA’s biggest superstars and legends including cover athletes, Damian Lillard and Zion Williamson, along with Anthony Davis, Kevin Durant, Candace Parker, Ben Simmons, Jayson Tatum, Vince Carter, and Shaquille O’Neal, and will include performances from some of the hottest artists in the game including D.A.M.E. Dolla, Quavo, Saweetie, 88rising, Aitch, and more.

2KFest will run from November 20, 12:00 a.m. PST to November 21, 12:00 a.m. PST and can be watched live on Twitter, with additional live streams on YouTube and Twitch. Fans can join the conversation using #2KFest. Find more details at NBA.2K.com/2KFest, and stay tuned to 2K’s social media channels daily, starting tomorrow, as more details on #2KFest are revealed, from exclusive content previews to an early look at some of the 2K giveaways happening during the event.

Developed by Visual Concepts, NBA 2K21 for PlayStation 5, Xbox Series X and Xbox Series S is Rated E for Everyone from the ESRB. For more information on NBA 2K21, please visit https://nba.2k.com/.

Good numbers all around
05 November, 2020 by rawmeatcowboy | Comments: 2 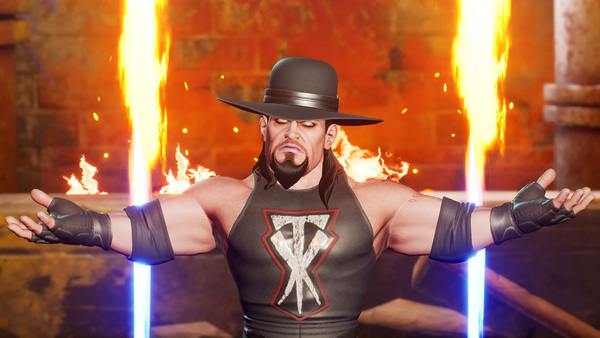 Take-Two has shared its financial results for the quarter ended September 30th, 2020, and it gives us some sales update on a handful of their titles. Check out the rundown of those titles below.

Unskippable ads returns once again, this time in NBA 2K21 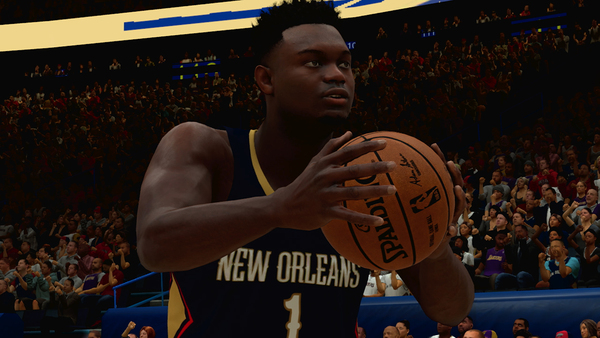 NBA 2K20 faced backlash for featuring unskippable ads in the full, paid version of the game. 2K eventually removed those spots from the game after apologizing for the issue. Now those same ads appear to be back, this time in 2K21.

NBA 2K21 hasn't been out all that long, but players are already being frustrated by unskippable ads. Players have to sit back and let a full ad play out before they can edit their lineups or move on. Obviously this has people even more frustrated than last time, as it seemed like 2K was moving away from ads like this after the last fiasco.

2K is yet to comment on the matter, but hopefully they end up taking the same path as they did with last year's game.

It's time for the next season in NBA 2K21. MyTEAM Season 2 is now live, and you can see what it packs in via the press release below.

2K today announced that NBA 2K is unleashing the next season of MyTEAM for NBA 2K21 on current-generation consoles, continuing the first season structure in the franchise’s history. Season 2 will focus on highlighting the NBA’s off-season and the young talent emerging in the NBA.

MyTEAM Season 2 brings a variety of new content for ballers to enjoy including:

Check out the full Courtside Report written by the NBA 2K dev team for all the details on the latest season here.