To promote Rabbids: Adventure Party on the Switch (Ubisoft's answer to Super Mario Party essentially), @UbisoftChengdu
put a Chinese courtyard at ChinaJoy, possibly themed on Journey to the West as that's a theme in the game. pic.twitter.com/3yVynJJ7J1

Ubisoft is party of the ChinaJoy 2020 exhibition, and they've brought their China-exclusive Rabbids game with them. Not only can show-goers give Rabbids Adventure Party a shot at the event, they can also wander around a special section of Ubisoft's booth dedicated to the game. Check out the booth's design in the pictures above. 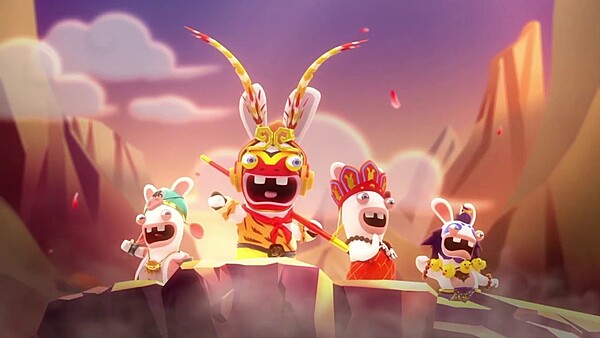 Ubisoft has released a demo for Rabbids Adventure Party in China. The demo can be accessed by redeeming the code “D3GM-3304-381B-X07B” on the Switch eShop. This will only work on Tencent Switch systems sold in China, and the demo is playable from July 31st to August 10th, 2020.

Take a look back on the event that crowned our Grand Champion of the Community Competition during the finals on the Ubi Stage at Gamescom 2019!

A special bundle for Spain
15 December, 2019 by rawmeatcowboy | Comments: 2 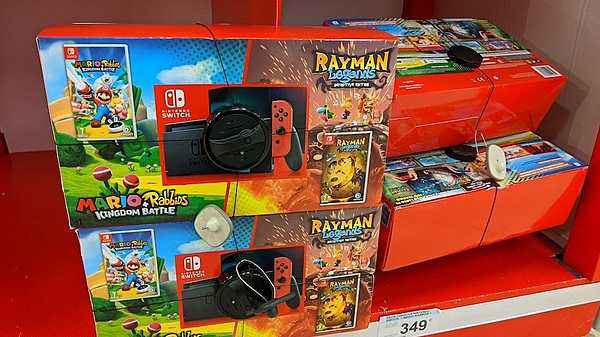 Another region-exclusive bundle has been spotted, and this time its popped up in Spain. Ubisoft has put together a special Mario + Rabbids Kingdom Battle bundle, which includes the game, alongside a regular Switch, or a Switch Lite. The Switch bundle is priced at 249€, while the Switch Lite bundle is 349€. 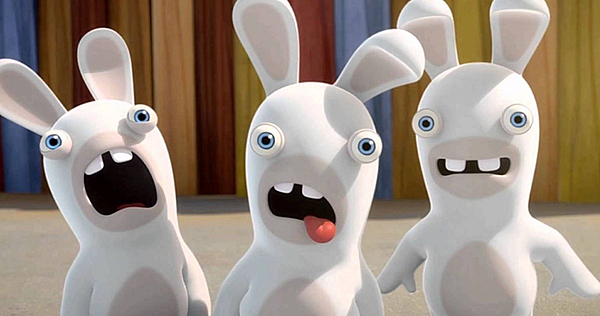 Get ready for the Rabbids to hit the big screen. Lionsgate has inked a deal that will allow them to create a movie adaptation of the long-running Ubisoft franchise, which apparently took some time to put together. Check out the few details we know about the project below.

- hybrid live-action movie
- Mandeville Films’ Todd Lieberman and David Hoberman (Beauty and the Beast, Wonder) are producing
- also being produced by Jason Altman and Margaret Boykin for Ubisoft Film & Television
- in talks with Isn’t It Romantic‘s Todd Strauss-Schulson to direct
- Alex Young from Mandeville will serve as an executive producer

Ubisoft details their support for the Switch in China

Ubisoft has released a video showing it will support Nintendo Switch in China with 4 titles initially.

Ubisoft is continuing their friendly relationship with Nintendo by bringing 4 of their titles to the Switch in China. The company's lineup includes Mario + Rabbids Kingdom Battle, Just Dance 2020, Rayman Legends, and Rabbids: Adventure Party. You can check out a promo trailer for all four games above.

Two great games in one package
25 November, 2019 by rawmeatcowboy | Comments: 1

Here's a unique bundle that you'll only find at Walmart. Ubisoft has combined Mario + Rabbids Kingdom Battle and Starlink: Battle for Atlas into one package for Walmart customers, and it appears to be in stores now. Unfortunately, we don't have word on what the package costs, but hopefully it's both titles for the price of a single game.

Ubisoft is working on Rabbids: Adventure Party, a Switch title that seems to be exclusive to China for the time being. There's been quite a bit of coverage on the game from Chinese gaming media, which has lead to Ubisoft sending out a special gift to some fans and press alike. As you can see above, Ubisoft sent out special Rabbids-themed mooncakes in honor of the upcoming mid-Autumn festival. 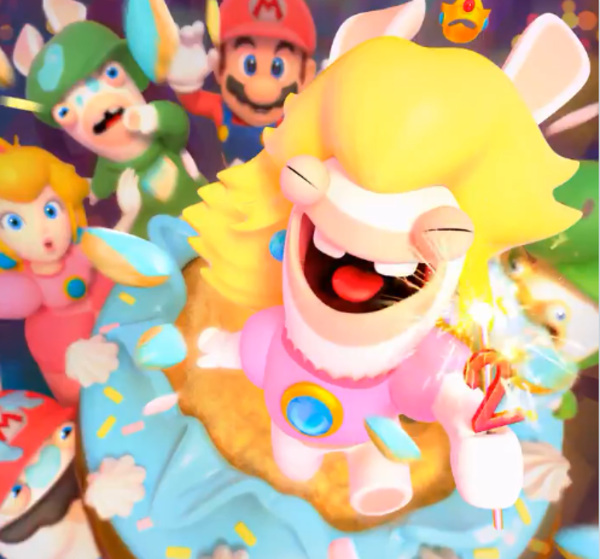 Believe it or not, today marks the two-year anniversary of Mario + Rabbids Kingdom Battle's release. To celebrate, Ubisoft has put out a special piece of art, and also kicked off a sale. Check out the sale prices available below.