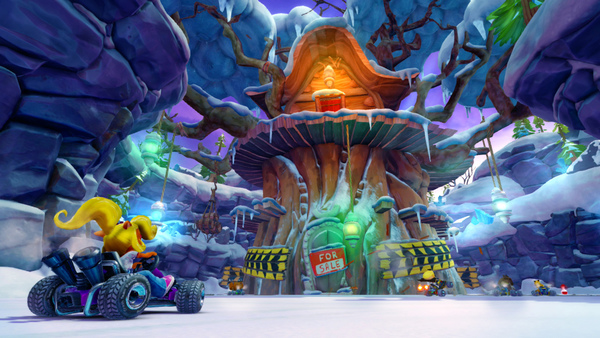 Crash Team Racing: Nitro-Fueled has a big round of new content on the way, and it's set to launch July 3rd, 2019. A full rundown of what the update includes has been shared by the developers, which you can find below.

The update is set to go live on July 3*, along with the first Grand Prix**, the amazing Nitro Tour. Below are details of what will be included in the patch.

The Nitro Tour Grand Prix will be going live and you can begin earning Nitro Points and unlocking a variety of bonus customization content by completing challenges found within the Grand Prix menu†.

“Twilight Tour” will be a brand-new track available to Local Arcade and Online modes. The character Tawna will able to be earned through completing Grand Prix challenges and earning Nitro Points. You will also be able to earn additional new items including karts, skins, stickers, decal, and paint jobs!

2. Introduction of Online Leaderboards:
Leaderboards will be added to the Grand Prix Menu.

You can earn Nitro Points by completing challenges accessible in the Grand Prix menu. The more Nitro Points you gather, the higher you’ll climb the leaderboard!

You can earn points based on your performance while playing online multiplayer: You’re given a number of points each time you complete a race in online multiplayer†. You receive more points the higher your placement is when each race is over (first is the most, and eighth place is the least). The Leaderboard is unlocked after you finish your first online race.

Leaderboard rewards will be distributed on the first day following the Grand Prix and will reset at the end of each Grand Prix season.

A variety of new content will be added to the Pit Stop including karts, characters, character skins, decals, paint jobs, wheels, and kart stickers that can be redeemed with Wumpa Coins†. Don’t forget to check the Pit Stop to see refreshed content!

When visiting the Pit Stop, you’ll notice that items that were added as part of the Nitro Tour Grand Prix have little Nitro cannisters over their icons. You’ll notice the same thing in the customization menu over the same icons. This small Nitro cannister with a percentage tied to it denotes the extra Nitro Point boost you’ll get whenever completing challenges with these customization options equipped. The percentage increase stacks with each customization item you have equipped. So get collecting, and get stacking!

As a special call-out to some of the new additions, the “Nitro Squad” characters Ami, Megumi, Isabella, and Liz can be redeemed using Wumpa Coins in the Pit Stop and flags from nations around the world will be added as kart stickers.

4. Online
Podium animations will be added to online matches when you finish in the top 3 of an online multiplayer race.

A “Message of the Day” feature will be added to the Main Menu. Check back daily when your system is connected to the internet for important messages!

Adjustments will be made to the Wumpa Coin earn rate, and additional information on the earn rate will be added to the end-of-race report, so you can know how you got to your number.

The mini-map icons and racer icons will now represent the character skin that you have equipped.

The following issues will be addressed in the patch:

8a. Global Save File Corruption Issue on PS4:

Will address an issue where Users were unable to purchase the “Electron Aqua” paint from the pit stop.

Will address various known online stability issues related to the lobby, arcade, adventure, other parts of the game, and menus.

Collisions of certain maps have been reworked to remove stuck spots and possible exploit areas, along with an improvement to fidelity.

An issue where personal Time Trial and Relic scores are not highlighted in the “Highscores” menu will be addressed.

All villains from CNK will now be protected by the Velo mask when racing with that Power Up.

That’s it for this patch. If you have a question or issue while playing the game, feel free to reach out to Activision Support; we’re more than happy to assist you! 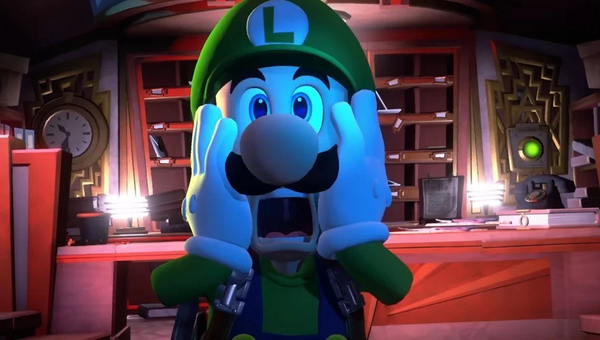 The dust has settled, and the Game Critics Awards have named their picks for top titles at E3 2019. We've included the Nintendo-related winners below, but hit up the link for the full rundown.

We know the Switch version of Crash Team Racing: Nitro-Fueled isn't going to be the prettiest of the bunch, but that doesn't mean it has to be a visual slouch. Check out the video above to see just how things measure up to the PS4 and Xbox One versions, both in graphical fidelity and framerate. 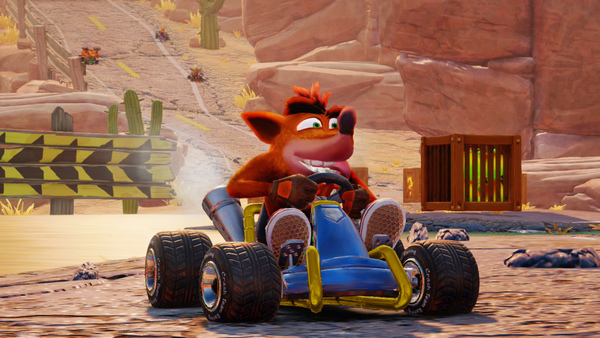 Activision and Beenox are turning to the public for help in taking care of any bugs or glitches that pop up in Crash Team Racing Nitro-Fueled. They've opened an official page on the Activision website where you can submit tips on any issues that you come across while playing. Hopefully they'll read up on your experience, and get right to work on a fix.

Crash is back in the driver’s seat! Get ready to go fur-throttle with Crash™ Team Racing Nitro-Fueled. It’s the authentic CTR experience plus a whole lot more, now fully-remastered and revved up to the max.

Crash is back in the driver’s seat! Get ready to go fur-throttle with Crash™ Team Racing Nitro-Fueled. It’s the authentic CTR experience plus a whole lot more, now fully-remastered and revved up to the max.

During a Crash Team Racing: Nitro-Fueled segment on YouTube's E3 2019 gaming show, Activision revealed that Penta Penguin is going to be a part of the game. Check out the character in action above. 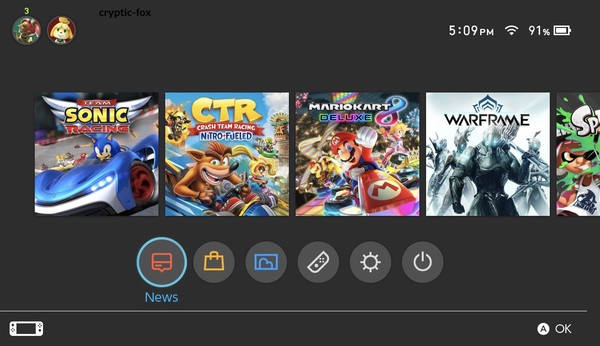 We shared the icon for Crash Team Racing: Nitro-Fueled the other day, which was a bit basic, but got the job done. Activision has already pushed an update live for those who've preloaded the game, and one thing the update does is change the game's icon. Now the icon features artwork from the game's cover, and it's certainly better than the last offering.

Nintendo has shared a Switch-specific trailer for Crash Team Racing: Nitro-Fueled to showcase the Electron Skins Pack, which is available to those who preload the game. You can grab your preload right now, which is priced at $40. We don't have file size info at this time.

Thanks to Motwera for the heads up!
Submitted by: motwera
Source: Link
Rating: 0