The first trailer for the Mortal Kombat movie came out a few days back, and it seems the vast majority of fans who watched it were extremely pleased. There's no doubt the cast of the movie is happy with that reaction, but what did they think of the trailer? The video above showcases much of the cast joining together virtually to watch the reveal trailer together. Give it a look to see their reaction! 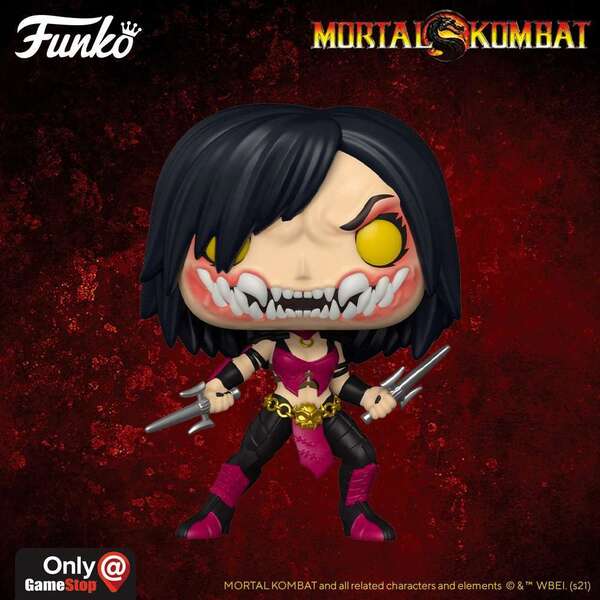 Coming in hot on the heels of the Mortal Kombat movie trailer, Funko has released their latest Mortal Kombat POP! figurine. The Mortal Kombat Mileena Funko POP! is priced at $12, and it's a GameStop exclusive. You can pre-order the figurine here, and it's set to ship out on March 12th, 2021.

With the bloody, ultraviolent new Mortal Kombat movi trailer offering our first look at the upcoming R-Rated movie, IGN teamed up with director Simon McQuoid to deliver his own breakdown of the trailer. McQuoid explains what's going on in key moments of the trailer and offers fascinating behind-the-scenes trivia about how the movie was made, from the setting of Outworld to the gruesome and over-the-top Fatalities.

Check out the debut trailer for the new Mortal Kombat movie

We've been waiting for a long time to get a look at the new Mortal Kombat movie, with just a few stills and behind-the-scenes pics to go off of. Today that changes, as the official debut trailer has been released. Check it out above, and see what you think of the upcoming reboot!

Some wild ideas were considered
27 January, 2021 by rawmeatcowboy | Comments: 0 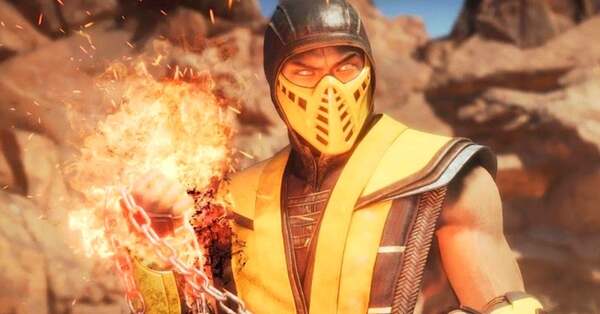 Mortal Kombat 11 certainly had a fun and engaging story mode to play through, but things almost played out quite differently. Shawn Kittelsen, a writer at NetherRealm Studios revealed that the writing team once considered a story featuring alternate realities.

That's just the start of what was being considered, though. Kittelsen also reveals that they were considering reviving Onaga, along with a story involving Dark Raiden, who was going to try to destroy Netherrealm to protect Earthrealm. There was even consideration of a "Friday the 13th" theme where classic Mortal Kombat characters would be murdered along the way. Finally, another potential story involved Liu Kang and Kung Lao as a pair of street kids that were going up against a corporation headed by Shang Tsung.

The dev team decided to scratch all of those ideas and go with something that picked up more directly from the previous game. This move was made to please fans, as they didn't want to leave them hanging on what happened next.

While we're expecting the first trailer for Mortal Kombat to release sometime in February, we've actually gotten our first footage from the film today. Warner Bros. has released a promo reel for their upcoming slate of films, Mortal Kombat included. While there's just a sprinkling of clips from the movie in the trailer, it's still our first look at things in action. Give the video above a watch to see Sub-Zero, Sonya Blade, and more spotlighted. 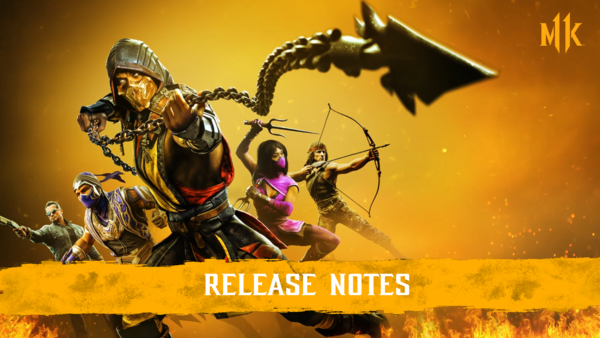 A new update for Mortal Kombat 11 has gone live on other platforms, but not Switch. The update will eventually come our way, but we can sift through the patch notes while we wait. Read the full details below.

D’Vorah - Number of Wasps currently affecting an opponent will no longer sometimes be reset if Strepsiptera connects while opponent is in the hit reaction to Swarm
Kano - The first hit of Snake Bite now has 1 more active frame and the second hit has 1 less startup frame
Kano - The hit reaction to Figjam Amplified (Back Punch, Back Punch, Front Kick, Amplify) will no longer sometimes use the incorrect blood color against some opponents
Kotal Kahn - Now has 1050 health (down from 1100)
Kotal Kahn - Fixed issue with Eztli Totem providing higher then intended healing when stacked with other Totem types
Kotal Kahn - Chicahtoc & Eztli Totems no longer have Kustom Variation restrictions in Kompetitive modes
Kotal Kahn - The first hit of Yeyecame Disk Amplify now has slightly farther reach and the projectile now has 10 less frames of hit advantage
Kung Lao - Sweeping Razor (Away + Back kick) while having no Hat now properly triggers Krushing Blow reset conditions
Shao Kahn - Now has 1100 health (up from 1050)
RoboCop - Now has 1050 health (up from 1000)
RoboCop - Adjusted the hit region of Getup/Flawless Block Attack (Up + Back Punch)
Sheeva - Dragon Drop is now off-screen for 2 more frames before her drop attack begins
Sheeva - Dragon Stance now has 2 more startup frames
Mileena - Poisonous Butterfly (Towards + Back Kick) now has airborne frames when Mileena is off the ground
Mileena - The hit reactions to Kahnum Dash Amplify, Kahnum Dash Further Amplify, & Ridin' Dirty (Front Punch, Front Punch, Front Punch + Front Kick) now have airborne frames when Mileena is off the ground
Mileena - Fixed a rare issue where Play Time (Towards + Front Punch, Back Punch, Back Kick) could leave a lingering visual effect on certain costumes
Rambo - Slightly adjusted the hit regions & repel regions of Basic Training (Away + Front Punch)
Rambo - Lieutenant Drop (Towards + Back Kick) now has airborne frames when Rambo is off the ground
Rambo - Hidden M60 & Hidden M60 Amplify will no longer sometimes use an incorrect animation when Rambo is hit by Kronika's Reverse Time 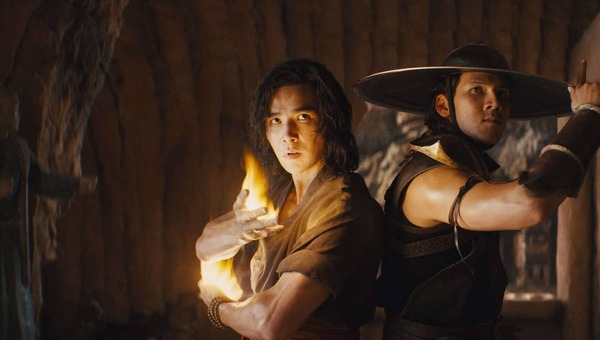 It's been quite a torturous wait to see anything from the upcoming Mortal Kombat movie. It took forever to get just a few stills from the film, and we're still waiting on a trailer. The good news is that we won't have to wait much longer.

New Line Cinema has confirmed that the first trailer for Mortal Kombat is going to release in February. What they didn't say is when, though. Some are speculating it'll be a part of the Super Bowl, but there's no concrete proof of that right now. We'll just have to hang tight and see how February plays out.

LEGO Star Wars: The Skywalker Saga will feature 800 unique characters, with 300 of them being playable

The cast is strong with this one
25 January, 2021 by rawmeatcowboy | Comments: 5 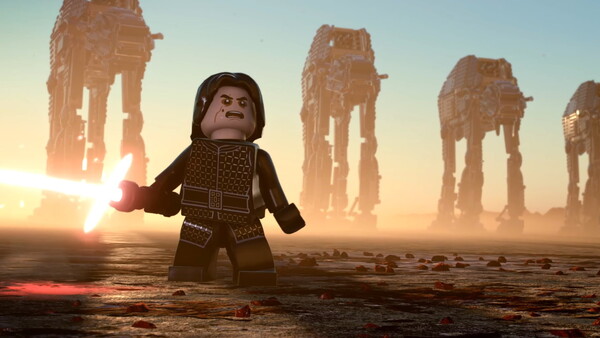 LEGO Star Wars: The Skywalker Saga is going to be the biggest LEGO Star Wars game by far, and it's going to pack in more characters than ever before.

Dawn McDiarmid, lead hub designer at TT Games, confirmed that hte game is going to feature 800 unique characters, 300 of which will be playable. Also, characters from the latest trilogy will make the cut, including the much-loved Babu Frik.

LEGO Star Wars: The Skywalker Saga uses a new engine to let players enjoy an explorable open world, complete with space battles. There are 23 planets and moons, and a total of 28 unique locations to visit.

A new video for Mortal Kombat 11 has been released, and it goes over a number of different stats for the game. Wondering just how many Fatalities players have performed? Want to know the most-liked Friendship? You can find that out and more in the awards video above. If you just want to know the most popular characters, you can find them below.