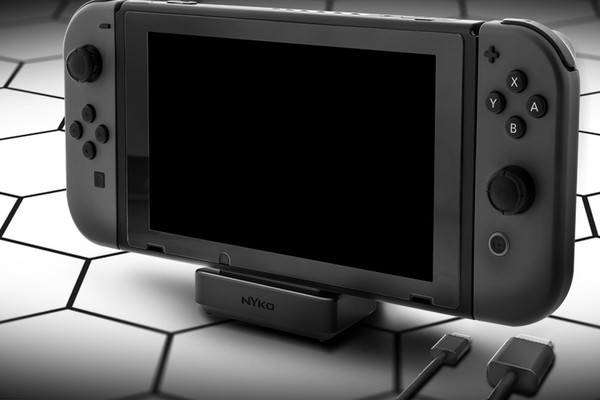 For awhile now, we've heard about some Switch owners having trouble with third party docks. Most of the attention has centered on Nyko's Switch dock, which has lead to many a bricked Switch. This only seemed to escalate with the Version 5.0 firmware the Switch recently received. Nyko has been aware of the issue since the first reports came in, and they're still addressing the issue after Version 5.0.

“We are aware of the issue some Portable Docking Kit owners are facing after updating the firmware on their Nintendo Switch to version 5.0. Though further testing is still required to determine the exact root cause of the problem, we believe it is related to the way the Switch handles AV output for an external TV/monitor while the console is docked on the Portable Docking Kit.”

When Nintendo was contacted about the Switch third party dock issue, they didn't come right out and say the recent firmware update was the problem. As usual, they commented on the matter in a roundabout way.

“Unlicensed products and accessories do not undergo Nintendo’s testing and evaluation process. They might not work at all with our game systems, and they could have compatibility problems with certain games, the Nintendo Switch system itself, and other licensed accessories and peripherals.” 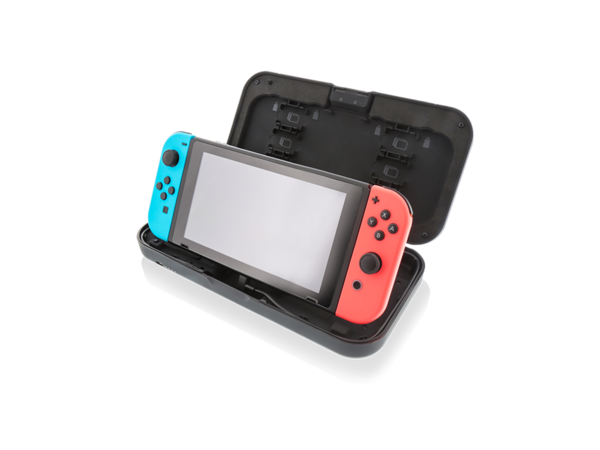 Power Shell Case for Nintendo Switch features a durable hard shell and an internal 5000 mAh battery that charges the Switch via the case’s stowaway Type-C charging cable -- doubling the console’s battery life! Gamers who want to get even more out of their Switch while on-the-go can utilize Power Shell Case’s built-in fold out stand for tabletop gameplay and storage slots to store up to 12 games and two microSD cards. The LED indicators show the Power Shell Case’s charge levels, so you always know how much battery life you have left at a glance.

“With a flexible set of features including a built-in charging cable and storage options for games and microSD cards, the Power Shell Case is the Swiss Army Knife of Nintendo Switch Accessories,” said Chris Arbogast, Nyko's Director of Sales and Marketing.

Bubble Case is a protective case for the whole Switch console with Joy-Cons attached, thanks to a durable layer of foam and an included glass screen protector. The Bubble Case’s three-piece construction allows users to disconnect their Joy-Cons without having to remove the case - a unique feature among heavy-duty cases. Bubble Case provides 360-degree protection and is a perfect option for the on-the-go Switch gamer.

Swivel Grips attach to each Joy-Con and improves ergonomics for longer and more comfortable gaming session, as well as a clear protective shell for added durability. Each Swivel Grip has two collapsible handles that swivel out into place and provide a traditional controller-like feel in horizontal orientation. The dock compatible design of the Swivel Grips means that the Joy-Con do not interfere with any buttons or ports even while docked.

“We understand that Switch fans enjoy using their consoles in a variety of environments, so we’ve designed our products to ensure the best protection with minimal impact on its portability,” said Chris Arbogast, Nyko's Director of Sales and Marketing. “While Bubble Case and Swivel Grips are two very different products, they both enhance the defining traits of the Switch and are great for gamers who want to preserve the condition of their console.”

Not quite sure why Nyko felt this video needed to be produced in 360°, but there you have it. Click and drag around the video to see what Nyko has to offer for Switch owners. 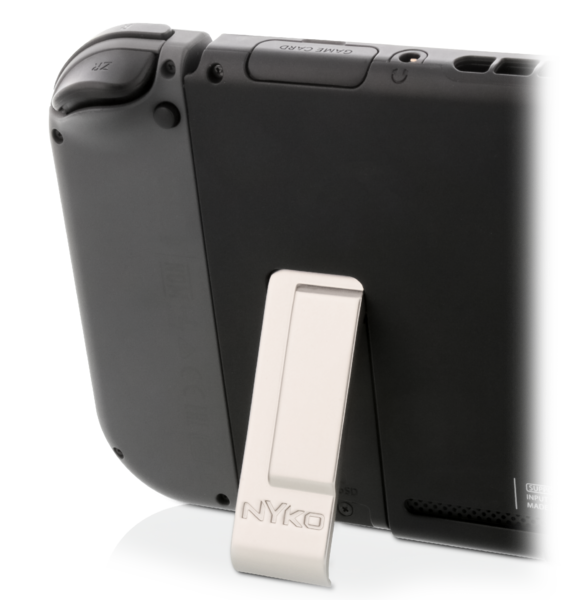 LOS ANGELES - November 14, 2017 - Nyko Technologies, the inventive LA-based video game accessories manufacturer, today announced the launch of Core Controller and Kick Stand for Nintendo Switch. These new additions to Nyko’s Nintendo Switch line of accessories help gamers fully enjoy their game sessions no matter where they play. The Core Controller is available at Amazon and Kick Stand for Nintendo Switch are now available at Amazon and GameStop for an MSRP of $19.99 and $4.99 respectively.

"Core Controller is a great, affordable accessory for those marathon gaming sessions, with a long enough cord to play at comfortable distance while the Switch is docked," said Chris Arbogast, Nyko's Director of Sales and Marketing. "The Kick Stand is made of metal and has become one of our most popular pre-ordered products, so it's clear there's high demand for a sturdier prop for the Nintendo Switch. Both of these strengthen our growing lineup of solutions for the popular console, most recently adding Portable Docking Kit, Thin Case, and Charge Base, among others."

Kick Stand for Nintendo Switch is a replacement kickstand made of metal which can be easily installed to provide a sturdy foundation and extra storage for MicroSD cards. Kick Stand is an affordable solution for gamers who enjoy playing their Nintendo Switch in Tabletop Mode. 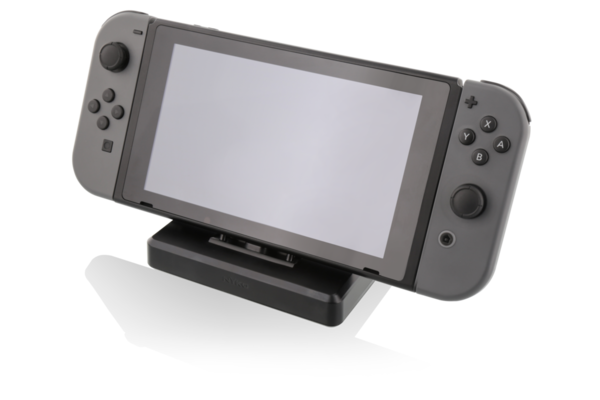 We are pleased to announce that there is a firmware updated available for Portable Docking Kit that will address the issue of waking the Switch after putting it into sleep mode on the dock.

This post will serve as a guide on how to updated you dock to the new firmware.

You will need the following to update the firmware:

SAN FRANCISCO - Oct. 11, 2017 - Inventive console accessories manufacturer Nyko today launched Portable Docking Kit and Boost Pak, two new products for the Nintendo Switch™. The highly anticipated Portable Docking Kit lets gamers connect their Nintendo Switch to any HDMI TV with ease while on-the-go. The kit comes with a Type-C AC adapter and HDMI cable, and the dock features three USB ports. The dockable Boost Pak extends gameplay by after the Switch’s internal battery runs out. Portable Docking Kit is now available at Walmart, GameStop, and Nyko.com for an MRSP of $49.99, while Boost Pak is available at Walmart and Nyko.com for an MSRP of $29.99.

“With Portable Docking Kit, we’ve created an affordable, compact docking solution that suits the on-the-go design of the Switch,” said Chris Arbogast, Nyko’s VP of Sales and Marketing. “Now, gamers can easily charge their Switch and enable TV mode no matter where they are.”