The cold and decisive Sogetsu
01 April, 2020 by rawmeatcowboy | Comments: 0

The tranquil embrace of the SeiryuuDue to his cold and decisive demeanor, there has never been a task he was unable to see through to the end. Past his stoic expression lies a man who cares deeply about his younger brother and sister—willing to drop everything just to make sure they’re safe from danger. His astute hydrokinetic power traps foes and delivers them to a watery grave.Voice Over Actor: Yoshiaki Hasegawa 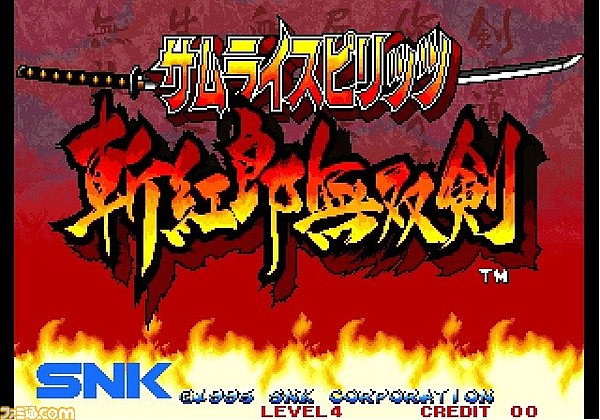 City Connection has announced that SNK ARCADE SOUND DIGITAL COLLECTION Vol.14 is going to see release in Japan on May 27th, 2020, and will be priced at 3,200. This album will include the full soundtracks to both Samurai Shodown III and Samurai Shodown IV: Amakusa’s Revenge. Not surprisingly, there are no plans to release this album outside of Japan at this time.

Samurai Shodown! 2 retains most of the gameplay elements of its source game, albeit modified to work within a 2D setting. The Slash and Bust modes for each character were retained, with all of the moves from the arcade kept intact (except for Yuga, who had a third form in the arcade, which was mostly excised). The original "CD combo", first introduced in Samurai Shodown IV, was also retained, but simplified and streamlined from its origins.

Thanks to TheDreamingHawk for the heads up!
Submitted by: thedreaminghawk
Source: Link
Rating: 1 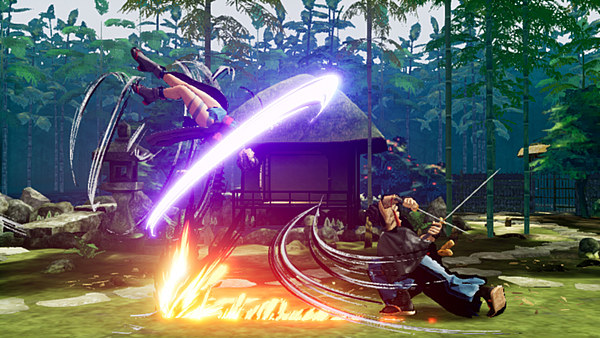 SNK has already had to postpone some tournament events for their various titles, including Samurai Shodown, due to coronavirus concerns. Those events will be rescheduled later down the road, but they're not the only efforts SNK will be making in the tournament scene.

In an interview with DualShockers, Samurai Shodown Lead Producer Yaduyuki Oda was asked about plans for more eSports support for Samurai Shodown. The team definitely has plans for that, but health concerns have to come first.

“Yes, we do have a plan concerning that. After the coronavirus is contained, we hope that we can work something out.” 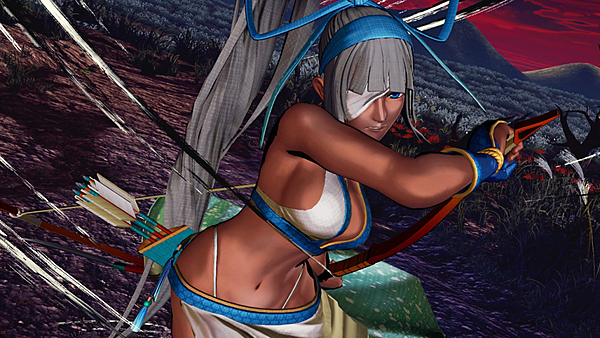 Samurai Spirits has been updated to Version 1.60. Check out details on the patch below.

SAMURAI SHODOWN has enjoyed worldwide success as a blade-wielding fighting game series since its first release in 1993. 11 years have passed since the last series installment, and it is now time for SAMURAI SHODOWN to return in a brand-new game featuring high-end visuals and gameplay! Faithfully reproducing the game mechanics and atmosphere that contributed to the success of the series, SAMURAI SHODOWN includes a revolutionary feature that learns players’ game actions and patterns in order to create CPU-controlled “ghost” characters. With its story set one year before the very first installment, warriors and combatants from various backgrounds and with their own goals are about to battle to fulfill their destinies!

“SAMURAI SHOWDOWN on Nintendo Switch™ gives fans the chance to pick up a Joy-Con and Crescent Moon Slash their enemies to pieces from anywhere on the planet,” says Yasuyuki Oda, Lead Producer of SAMURAI SHODOWN. “We can't wait to witness a fresh group of warriors slice their way to victory as the game’s original roster of icons and brand new Season Pass characters.”

SAMURAI SHOWDOWN’s first Season Pass fighters, RIMURURU, BASARA, KAZUKI KAZAMA and WAN-FU, are now available. The first character of the title’s Season Pass 2 roster, MINA, will be available later this month. She will be joined by SOGETSU KAZAMA, IROHA and a mysterious fourth combatant in the near future. SHIZUMARU HISAME is also making it to the Nintendo Switch roster as a free DLC.

Alongside a captivating art style and a range of competitive in-game modes, SAMURAI SHOWDOWN on Nintendo Switch™ features a unique approach to weapons-based combat. As a testament to SNK’s commitment to evolving the fighting genre, SAMURAI SHODOWN will be a main tournament title at “Evolution Championship Series 2020” (EVO 2020) in Las Vegas, NV from July 31st to Aug. 2nd, 2020.

SAMURAI SHODOWN for Nintendo Switch™ is now available for $49.99 USD. Fans who pre-ordered the physical version can look forward to receiving the port of SAMURAI SHODOWN! 2 (originally released on Neo Geo Pocket) and a bonus controller skin. 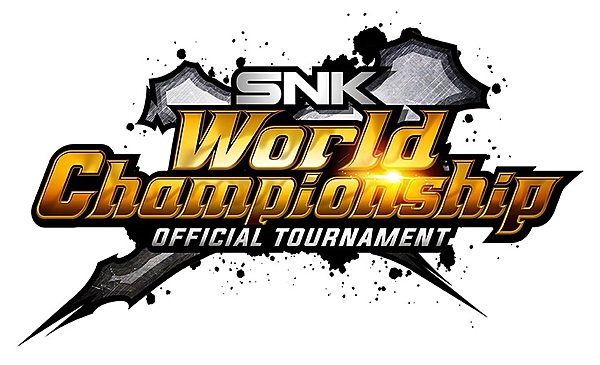 The purpose of these events is to decide the world’s top players in both SAMURAI SHODOWN and THE KING OF FIGHTERS XIV. Qualifier events around the world started in October 2019, and the final Japanese qualifier event (SNK World Championship JAPAN TOUR FINAL) was to take place Feb 29th-Mar 1st, with all the qualifiers from around the world gathering together to duke it out at the SNK World Championship GRAND FINAL scheduled to take place March 28th -29th.

However unfortunately due to rising cases of the Corona Virus (COVID-19) appearing across the globe, for the safety of both the competitors and staff, we have made the difficult decision to postpone these events until further notice.

Updates concerning changed dates will be provided once the situation improves.

We understand that many people involved with this event, including the many fans out there feel let down. It is truly an unfortunate thing to happen, but we wish for your understanding and patience as we wait for this virus to clear up. 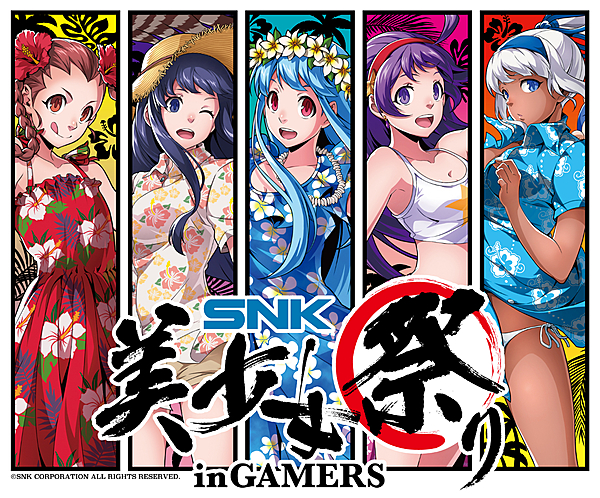 SNK and retailer Gamers are teaming up for a “SNK Beautiful Girls Festival” campaign that will be available in Japan this month. The campaign will include a ton of merch feauting fan favorites and popular characters from SNK's game lineup. Check out full details on this collaboration below.

- the main merch features Athena Asamiya, Kula Diamond, Li Xiangfei, Mina Majikina, and Nakoruru
- there will be other merch featuring Doki Majo, Psycho Soldier, and older King of Fighters characters
- shoppers who spend over ¥10,000 on SNK merchandise during this campaign can receive a limited-edition tote bag
- the tote features Samurai Shodown’s Nakoruru & Mina and KOF’sAthena, Kula, and Li Xiangfei in tropical-themed swimsuits
- locations participating in the collab and the dates for each event are as follows: 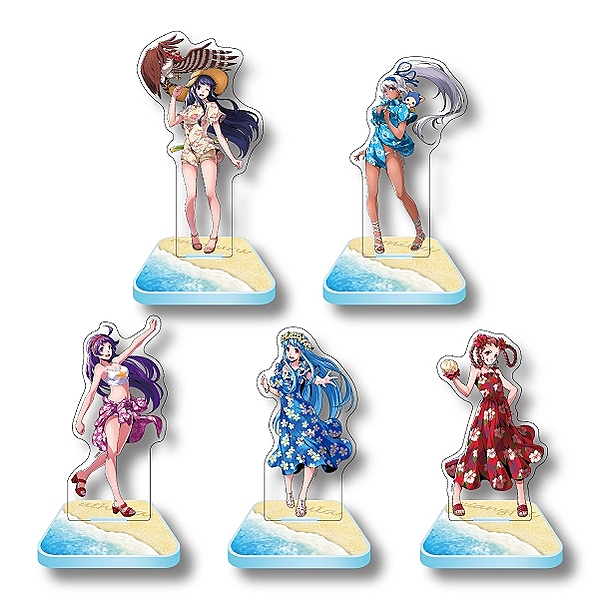 SNK has released the Season Pass 2 trailer for Samurai Shodown, and it gives a look at the upcoming slate of DLC fighters. Mina Majikina has been reconfirmed for the pack, and leaked characters Sogetsu Kazama and Iroha have been confirmed. There's also a fourth mystery character teased as well.