Bee Simulator now available to preload from the Japanese eShop 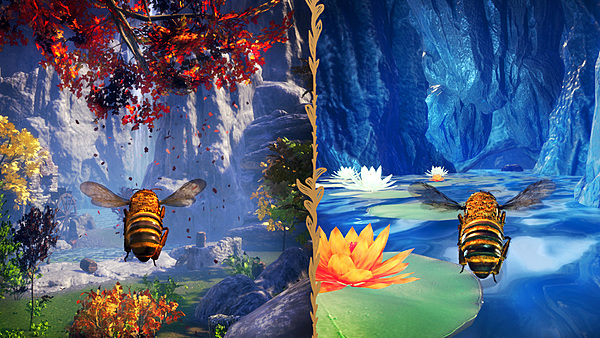 As previously announced, Bee Simulator is fluttering over to Japan on April 23rd, 2020 from publisher Oizumi Amuzio, and now, the Japanese eShop listing has officially gone live. Preloads are currently available with a slight launch discount (lasting until May 13), charging ¥5,382 instead of ¥5,980. Both the English and Japanese languages are supported in the release, and 6.5 GB must be set aside on your console or SD card for download. A summary of this beeutiful game can be found below.

See the world through the eyes of a bee! Explore a world inspired by Central Park where you can take part in bee races, collect pollen from rare flowers and defy dangerous wasps.
Play with friends or family in three game modes, including co-op and PvP on split screen.

The hive awakens as the sun's first rays warm the horizon. It's time to test your wings, receive orders from the Queen and begin your first mission. And that's just the start of your adventures. Humans want to cut down the tree that holds your hive, so your fate – and that of the whole swarm – rests on your tiny shoulders!

SuperEpic: The Entertainment War has been released on the Japanese eShop 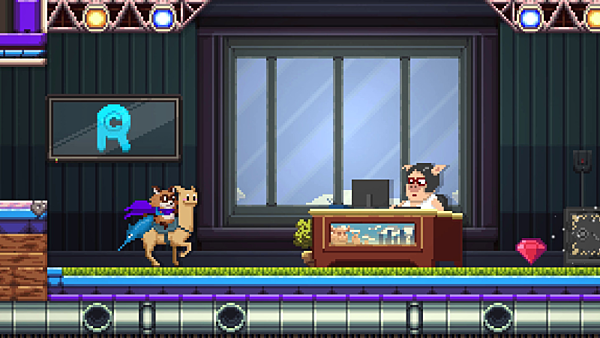 A few months after the games release in the West, SuperEpic: The Entertainment War has seen an official launch in Japan for Nintendo Switch. Check out all the details on this action-adventure game below.

SuperEpic is a satirical and humorous Metroidvania style action-adventure game, starring a raccoon and a llama in their quest to save an Orwellian society from the rule of an evil corporation. RegnantCorp is an enterprise which is controlling minds through abusive micro transactions. 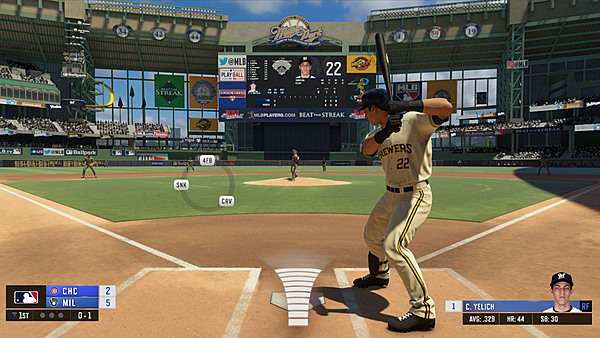 Releasing just a few weeks back in the West, R.B.I. Baseball 20 has now been officially released in Japan for Nintendo Switch by publisher MLBAM. Available for purchase from the Japanese eShop for ¥3,139, make sure you have 6.9 GB of storage space available before downloading. Both the English and Japanese languages are supported.

Flying onto the Japanese eShop
01 April, 2020 by nintendojam | Comments: 0

Panzer Dragoon: Remake is now available on Nintendo Switch in Japan!
Fly high and best your enemies in the beautiful journey through the Ancient World. 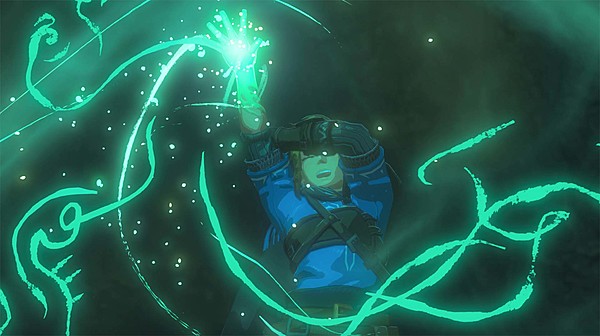 Selma and the Wisp has been released for Switch in Japan 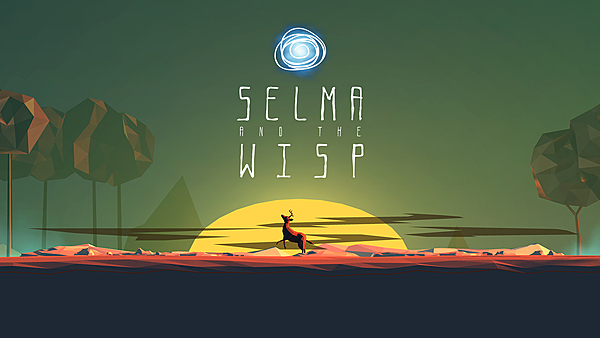 Launching almost one year ago in the West, Selma and the Wisp is finally available in Japan thanks to publisher Oizumi Amuzio. Currently priced at ¥1,100, only the Japanese language is supported, so if you're looking for English you'll have to purchase from a different region's eShop. A 512 MB download will be required after purchase. Check out a synopsis of the game below.

Selma and the Wisp is an astonishing platform game with a particularly eerie feel to it. Densely packed with logical puzzles and unexpected obstacles, the game incorporates innovative gameplay, low-poly models and an spectacular animations. 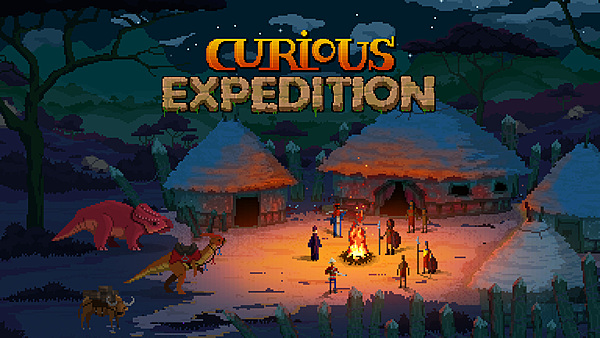 We previously reported that the roguelike simulation game, Curious Expedition (from developer Maschinen-Mensch) would be coming to Switch on April 2nd, 2020. As it is currently April 2nd in Japan, the title is currently available for purchase on the Japanese eShop with the price of ¥1,680 and 424 MB of storage space. English is supported in the Japanese release, but NA and EU should receive access to the game from their respective eShops tomorrow. A summary of Curious Expedition can be found below.

Curious Expedition is a roguelike expedition simulation set in the late 19th century. Together with famous personalities you will venture on unprecedented expeditions to regions never explored before for fame, science and treasures. Put on your pith helmet and khakis and make your way through a lush, procedurally generated world full of wonder and mystery. Now go explore, adventure awaits!

Save Your Nuts also launching in Japan on April 16th, 2020 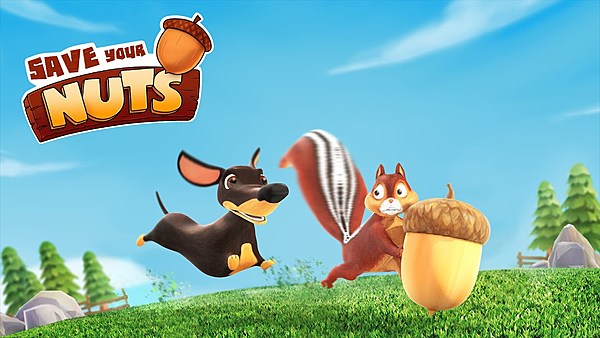 Last week, Triple Scale Games announced their upcoming party game "Save Your Nuts". A Western release date was set for April 16th, 2020, but we weren't quite sure if and when the game would be coming to Japan. Thanks to a listing on the Japanese eShop, we have confirmation the title will also launch in the region on the same day for a worldwide release, self-published by Triple Scale Games. Preloads are currently available, and the price is set for ¥1,520. The English language is supported in the Japanese release, and a 1.3 GB download will be required. 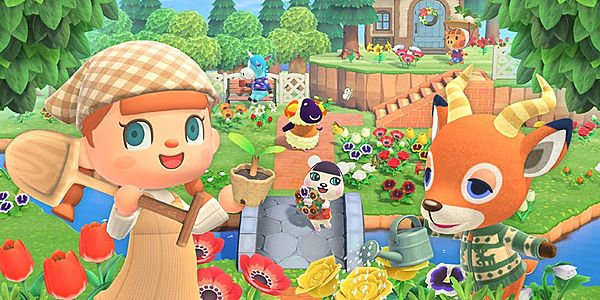 Another week of Japanese software and hardware sales data has been released, this time taking a look at units sold from March 23rd to March 29th, 2020. Unsurprisingly, Animal Crossing New Horizons takes the top spot, selling another 727,791 copies in its second week on the market (giving the island life-sim a sales total of 2,608,417 in Japan). The Switch version of One Piece: Pirate Warriors 4 debuted this week with 61,571 copies, slightly underselling the PS4 version. The Nintendo Switch continues being the best selling weekly console, with another 282,561 units sold between the Switch and Switch Lite (which greatly outsold the regular Switch due to continued stock shortages). Check out the full sales data for this week below! 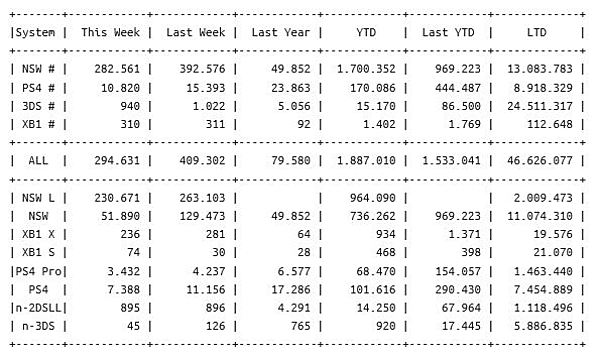 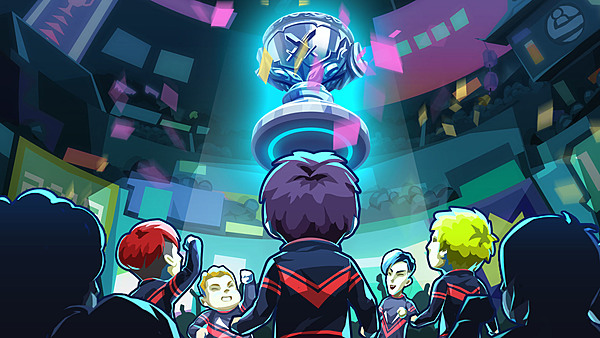 Released back in October 2018 for PC via Steam, eSports Legend is coming to Nintendo Switch this spring. Launching on April 23rd, you can preload the title on the Japanese eShop today to get a 15% discount off the usual ¥1,280 price. A western release date has yet to be confirmed, but we will likely see a worldwide release around the same time since the English language is supported in the Japanese release. Published by Coconut Island games, you can download this simulation game for 1.1 GB.

Esports Legend is a Esports club simulator. You are here to make a unknown amateur team world-famous within several seasons!
Create Your Team
- Schedule carefully. If you fail to be the top in the league's standings, the tickets to the World Tournament will just be a dream!
Recruit Favourite members
- Hundreds of members with unique personalities and skills are waiting for you to recruit!
Dozens of Competitions
- Else than the four major leagues, there are dozens of cups to challenge. Be the winner, win the prize and make your team legendary!
Authentic Competition System
- After the members are confirmed, the game will enter the hero ban stage. Two heroes of each team will be banned, then every memeber can select their own hero. Which makes different lineups and effects.
Realistic Club Management System
- All the simulation systems are merged with eSports, from promotion to sponsorship, from training to strategy, and from raising reputation to building community.
Now, enough introduction. It's time to start your own Esports Legend! Hope this game will surprise all of you!