Between Dimensions is coming to Xbox One, Nintendo Switch and PlayStation 4 on the game's 2nd Anniversary, 29th of May, 2020! Are you prepared to enter the unknown?

The wind of change is blowing through Rynoka. A new, cryptic Portal appeared out of nowhere. Does it bring a new threat? Or is it a new way to make an easy profit?

Features:
• A brand-new Interdimensional Dungeon (and a chance for it to appear as a Corrupted Dungeon in the original dungeons)
• 10 original enemies and 5 minibosses
• Full set of weapons with a new short sword, big sword, bow, gloves, and spear
• Set of armor with a new helmet, chest, and boots
• Trick Weapons – 10 unique weapons – both powerful… and punishing!
• New Rings – which are boosting Will’s passive abilities
• New Shop upgrade – allowing Will to showcase his new Interdimensional Items
• New Customers asking to trade and an unfamiliar NPC: The Trader
• Additional story and lore

CALABASAS, Calif. – May 13, 2020 – Portal Knights Legendary Edition debuts digitally today for Nintendo Switch™, PlayStation 4, Steam for PC and Xbox One offering the definitive experience of the award-winning fantasy sandbox game in a single package for £24.99.

With Portal Knights Legendary Edition, publisher 505 Games compiles every fan-cherished expansion, including the recently released Druids, Furfolk, and Relic Defense, bundled into a single offering alongside the original base game, packaging years of paid content and updates for one low price from Steam, PlayStation Store, Microsoft Store and the Nintendo eShop.

Players at home will find worlds to explore at their fingertips in Portal Knights:

Adventure mode – Choose from five classes including the Rogue and Druid and customise your character with three races to choose from including the mysterious Elves and ferocious Furfolk.. Battle enemies with friends, explore dozens of islands, complete quests, craft new armor and weapons, defeat six challenging bosses, take on three hard mode variants and save Elysia from the Hollow King.

Continue your adventure in Faynore – Enjoy two new game modes on Elysia’s moon, Faynore as you help the Elves in challenging roguelike rifts, defend the Star Stones for the Furfolk and earn unique rewards including Mythical mounts.

In addition to the Druids, Furfolk, and Relic Defense and Elves, Rogues, and Rifts expansions Portal Knights Legendary Edition also includes all content from the following previously released add-ons:

In Portal Knights, players begin their journey as a Warrior, Mage, Ranger, Rogue or Druid customizing their character while leveling up and gathering resources to craft powerful weapons, armor and spells to defeat formidable monsters and epic bosses in real-time combat. Players can work cooperatively with friends or family to build structures, explore dungeons and combine the unique attack styles of all classes to overcome challenging perils together while traveling between expansive, imaginative 3D worlds.

Assemble your Ultimate Team with some heroic new additions. The Fantastic Four will join the alliance to take on the man in the iron mask himself, Doctor Doom, when MARVEL ULTIMATE ALLIANCE 3: The Black Order DLC Pack 3 – Fantastic Four: Shadow of Doom releases on 3/26! #MUA3 pic.twitter.com/2ZZwCdLTEs

Nintendo has announced the third DLC Pack for the Marvel Ultimate Alliance 3: The Black Order Expansion Pass. Fantastic Four: Shadow of Doom will add the Fantastic Four to the game to improve your team on March 26th. 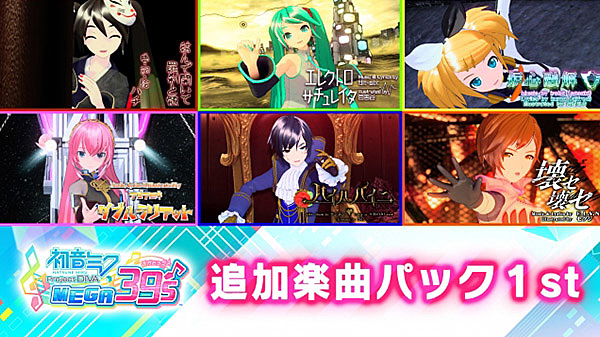 Hatsune Miku: Project DIVA Mega Mix will be receiving a bunch of DLC content in the near future. Sega has confirmed a Season Pass for the Vocaloid rhythm-game, which will include 6 individual content packs of new songs and costumes. The first pack will be available on February 13th, and the rest will be gradually released from March until May. All DLC content can be purchased in the form of a Season Pass for ¥4,950 (approx. $45.00). An "Item Unlock Key" DLC has also been announced, immediately unlocking all the customization items in the game for ¥1000. Below, you can find the list of songs and modules included in the first content pack:

Prepare for trouble, and make it double
08 January, 2020 by nintendojam | Comments: 1

Developer and Publisher Chucklefish are proud to announce that the forthcoming free DLC, Wargroove: Double Trouble, is coming to PC, Nintendo Switch, and Xbox One on February 6th 2020. The DLC will be dropping on PlayStation 4 soon after, date to be revealed.

The Chucklefish development team have been hard at work over the past year to bring the strategy games community a chunky, new DLC campaign, adding lots of features to discover, as a big thank you for the wonderful support for Wargroove’s initial launch. We hope you’ll enjoy getting to know the new cast of Commanders and further exploring the world of Wargroove!

Grab a fellow ruffian, set up your Hideout and take on Wargroove: Double Trouble. Designed with co-op play in mind, this expansion adds a new story campaign that introduces Outlaw Commanders; the mighty Wulfar, troublemaker twins Errol and Orla, as well as the maleficent Vesper.

After an unexpected kidnapping and some severe ransom demands, your group of rogues have no choice but to perform the biggest heist that Aurania has ever seen - plundering riches from the Imperial Palace of Heavensong, Stone Mountain Fort of Felheim, the Celandine Vault of Cherrystone and the Floran’s Iron Roots reserves. But do you have the chops to get the job done?

It won’t be easy, but at least you’ll have two new units at your command - Thieves and Riflemen! Take tactical advantage of these new recruits, sending forth your Thief to ransack enemy gold and carefully position your Rifleman to take out enemy troops.

The DLC will be launching at the same time as an upcoming patch which will also include balance adjustments to a number of units and Commanders. More details about balance changes and Editor tool features can be found at: https://wargroove.com/introducing-double-trouble/ 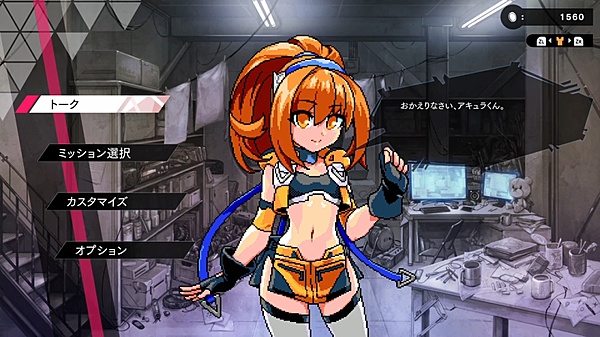 Gunvolt Chronicles: Luminous Avenger iX just got some new DLC from Inti Creates! Now available on the Japanese eShop, the two downloads will be free until December 31st, 2019. A new mission is available with a 5MB download, and a new song and Lola costume require an 8MB download. Don't wait until after the end of December! 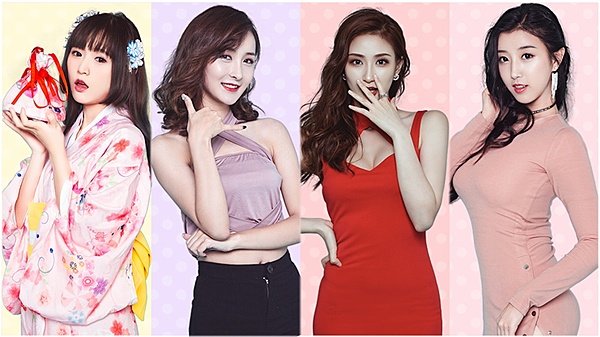 Free DLC was just released for Summer Sweetheart on the Japanese eShop. The pack includes 4 new character outfits, new stories, and 5 new interactive videos. Only 4.0 MB is required for download.

'IGA’s Back Pack' DLC now available for 'Bloodstained: Ritual of the Night' in Japan 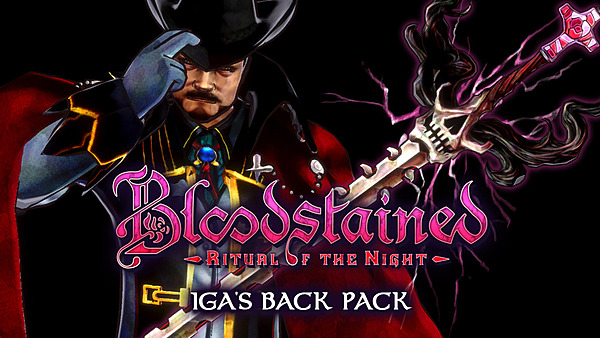 Previously available on other platforms and for Switch in the West, the 'IGA’s Back Pack' DLC has been released for Bloodstained: Ritual of the Night in Japan! The additional content costs ¥1,408 on the Japanese eShop, and includes a boss fight against Koji Igarashi, and a highly powerful Swordwhip weapon. The full game and DLC is published by 505 Games. 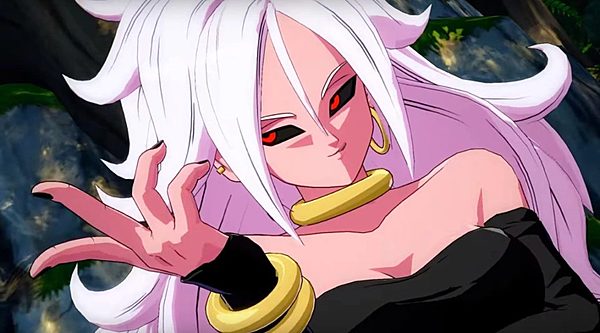 Exciting news for fans of Android 21! Bandai Namco has revealed that the Dragon Ball FighterZ villain will soon be available as a playable character with DLC for Dragon Ball Xenoverse 2.

'À La Carte Rush' and 'Excellent Full Course' are two of the special attacks confirmed for the upcoming fighter.

An exact release date has yet to be given, but with a confirmed "Winter" release date, we know it's coming sooner rather than later.

Build and manage your own medieval tavern while making questionable decisions in Graveyard Keeper: Stranger Sins, a full-on 4-8 hours DLC for the infamous cemetery management sim.

As of posting this trailer we're 100% locked in for Steam, Switch, and Xbox One. There's a very high chance we'll pass on PlayStation as well.