North American eShop downloads for the week of July 16th, 2020 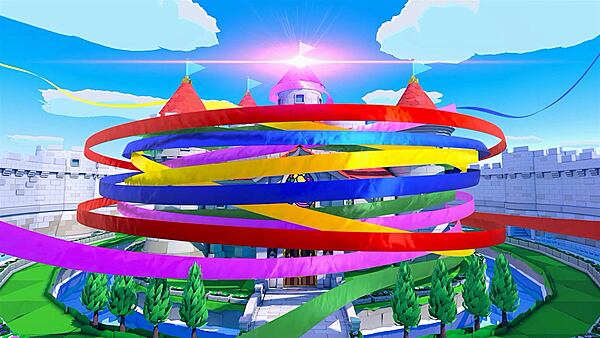 - Neversong – Upon waking from a coma, Peet’s girlfriend is nowhere to be found. Take on bosses, monsters and zombie grownups with your trusty baseball bat. Investigate the screams coming from the heart of Neverwood and the strange truth about Peet’s past in this side-scrolling adventure game that tells a hauntingly dreamlike fable.

- Panzer Paladin – The sinister Ravenous and his legions of brutal demons are poised for battle. The situation is dire, but humanity has one final ace in the hole: the Panzer Paladin! The showdown between the forces of the occult and the power of cutting-edge technology has begun. Seize weapons from the demonic invaders and use your swordsmanship to slash, bash and thrust your way through 17 mind-blowing action-platformer levels. Hop in your Paladin and take up arms! Panzer Paladin will be available on July 21.

- Warhammer 40,000: Mechanicus – Take control of the most technologically advanced army in the Imperium – The Adeptus Mechanicus – in this critically acclaimed turn-based tactical game. Your every decision will shape the battles ahead and decide the fate of the troops under your command in over 50 hand-crafted missions, including the Heretek DLC missions. Choose your path carefully. The Imperium depends on it! Warhammer 40,000: Mechanicus will be available on July 17. 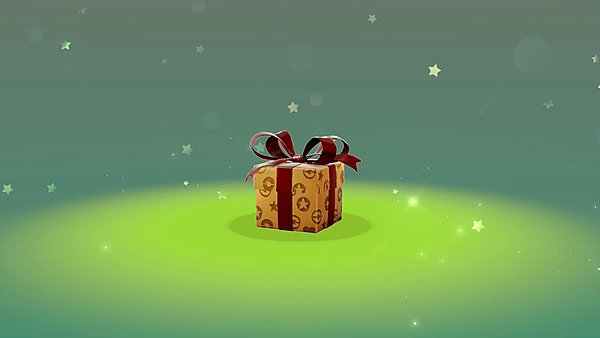 Serial codes have provided special cosmetic items for Pokémon players for many generations, but a previous restriction is now removed in the newest entry in the series. While the feature was available for Pokémon Let's Go Pikachu and Eevee, this documents the first time that serial codes are region free in a mainline Pokémon title.

Japanese, American, and European special events will no longer be exclusive to their particular region, as the codes can now be activated on any version of the game. Special thanks to Serebii for discovering the new region free feature.

'Under Night In-Birth Exe:Late[cl-r]' has officially been given a release date of February 20th, 2020 for NA 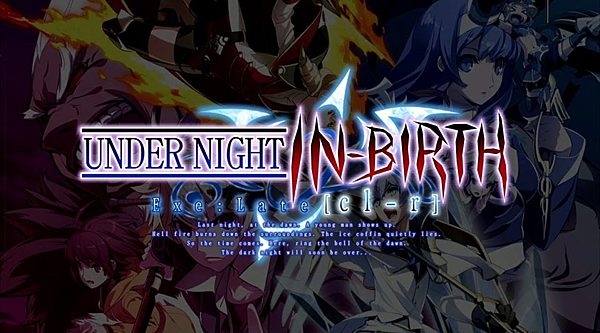 An official date has finally been given for the anticipated release of 'Under Night In-Birth Exe:Late[cl-r]'. The game will be available ($39.99) alongside the collectors edition ($59.99) on February 20th, 2020. Published by Aksys Games in North America, and developed by French-Bread. Release dates have yet to be given for Japan and Europe, but we can expect to see an announcement from publishers Arc System Works and PQube soon.

Take a look at the final box art for #OCTOPATHTRAVELER, coming to #NintendoSwitch on 13/07. pic.twitter.com/csymDPxuUx

Well, I know we got the Japanese cover art for Octopath Traveler earlier today, but I didn't expect to see the NA/EU cover art today as well! So glad to see Nintendo kept things as they are for the cover art in other regions. This is just a gorgeous looking piece of art!

Thanks to Sligeach_eire for the heads up!
Submitted by: sligeach_eire
Source: Link
Rating: 7

Nintendo eShop on Wii UTM
Dr. LuigiTM - There's a new doctor in the house! Dr. Mar - or, uh, Dr. Luigi is a new twist on the classic virus-popping puzzle game. Use L-shaped pills in a new game mode and compete with players locally or online. Dr. Luigi will be available exclusively in the Nintendo eShop on Dec. 31.

Virtual ConsoleTM on Wii U
Super Punch-Out!!TM - Featuring the tight game play and humor the series is known for, this sequel to the NESTM classic sees Little Mac return to the ring with the World Video Boxing Association belt once again at stake. Slug your way through the grueling, sweat-pounding matches against a cast of characters with unique patterns.

Virtual Console on Nintendo 3DSTM
Mario TennisTM - Mario Tennis offers three fun-packed modes of tennis play! Practice your swings and shots in Exhibition Mode; go on the Mario Tour, which offers three different save slots to start your very own tennis adventures; or take a break from the workout, and try your luck on some Mario mini-games.

Nintendo eShop on Nintendo 3DS
PokémonTM Bank - Pokémon Bank is an application and service for Pokémon X and Pokémon Y that allows you to deposit, store and manage your Pokémon in private Boxes on the Internet. Pokémon Bank will be available on Dec. 27 with a free, 30-day trial for everyone who downloads and activates it prior to Jan. 31. After that, Pokémon Bank will be a paid service, with an annual subscription fee of $4.99.

Get active with FREE CLUB ACCESS
Start getting active in the New Year - Get moving with awesome, active games for the Wii U system. We'll help you start the New Year off right with free access to Wii Sports ClubTM from Dec. 31 at 12:01 a.m. PT until 11:59 p.m. PT on Jan. 1. The Wii Sports Club game can be downloaded for free from the Nintendo eShop on Wii U.

Nintendo eShop on Wii U
RUSH - RUSH is the third and last of the Two Tribes classics to arrive in the Nintendo eShop. RUSH is a three-dimensional puzzle game played entirely on the Wii U GamePad controller. Players guide cubes to color-coded exit points with the stylus by placing Conveyor belts, Warps, Stops Signs, Splits and many other helpful tools.

Virtual Console on Wii U
Double Dragon - A group calling themselves the Black Warriors has kidnapped Billy Lee's girlfriend, Marian. Help Billy Lee fight through city streets, buildings, jungles and temples in a quest to find his girl.

03 October, 2013 by nintendaan | Comments: 0
The game Viking Invasion 2 has been permanently marked down to a price of $6.99. This used to be $7.99 before, so you save up a single dollar. There is also a temporary discount on Heavy Fire: Special Operations 3D, which went from %4.99 to $3.99.
Source: Nintendo Everything
Rating: 0

Nintendo eShop on Wii UTM
- Just Dance(r) 2014 - The party is back! Just Dance 2014 is bringing new moves to more than 40 of today's hottest tracks and legendary hits. Take the fun to another level by playing with anyone in the world, leading back-up dancers or using the Wii U GamePad controller to dish out the next move to up to four other players. Just Dance 2014 is available on Oct. 8.

Nintendo eShop on Wii U and Nintendo 3DSTM
- IndieCade - The IndieCade Festival, happening in Los Angeles on Oct. 3 through Oct. 6, is the largest U.S. game celebration to encourage, cultivate and publicize the independent gaming sector. Find out which creative and innovative games will appear in the Nintendo booth.

Nintendo eShop Sales
- Final FightTM Promo - Starting today, buy Final Fight, Final Fight 2 or Final Fight 3 in the Nintendo eShop on Wii U and get 50 percent off the purchase of another fighting game, like Street Fighter II' Turbo: Hyper Fighting and other selected games. This offer is good until 9 a.m. on Oct. 10.
- Little Inferno - Burn flaming logs, screaming robots, credit cards, batteries, exploding fish, unstable nuclear devices and tiny galaxies in an adventure that takes place almost entirely in front of a fireplace. Starting Oct. 3, download Little Inferno in the Nintendo eShop on Wii U at 50 percent off until 9 a.m. PT on Oct. 9.

Heroic Wii U Game Features Epic Game Play Built for a Superhero ... 101 of Them!

REDMOND, Wash.--(BUSINESS WIRE)-- Earth's only hope against an alien invasion is a team of 100 fearless superheroes, and they need YOUR help. Only you can unite these superheroes - not to become the "Just OK 101," or even the "So-So 101," but rather the Wonderful 101! Launching on Sept. 15 exclusively for the Wii U console, The Wonderful 101 is an incredibly vibrant action game that lets players control a team of superheroes that is trying to defeat alien invaders known as GEATHJERK. Individually, these superheroes pack a decent punch, but unite them together and they are unstoppable.

"The Wonderful 101 is one of the most over-the-top games on Wii U - in a good way," said Scott Moffitt, Nintendo of America's executive vice president of Sales & Marketing. "Featuring hordes of heroes and enemies on screen at once, deep game play that rewards experimentation and several different uses for the Wii U GamePad, the game illustrates the kind of original and refreshing experiences that can only be found on Wii U."

The Wonderful 101 is filled with a cast of colorful characters, led by the dynamic Wonder-Red. Players can meet other heroes that will join the team, such as the charming Wonder-Blue and the tough-as-nails Wonder-Pink. These fellow superheroes each grant players access to a new ability.

The touch-screen actions performed on the GamePad controller are vital to the success of the superheroes' brave mission. By drawing certain symbols on the screen or with the right Control Stick, players combine multiple heroes in a Unite Morph. A circle forms Unite Hand, which delivers a powerful blow; a straight line creates Unite Sword, which can be used to attack enemies on all sides; a right angle activates Unite Gun, a morph that is useful against aerial targets; and a wavy line unleashes the power of Unite Whip, which can rip the armor from an enemy's body.

By drawing circles around average citizens and sending them Wonder-Energy, players can recruit them to become heroes in battle. The more citizens players recruit, the more powerful their Unite Morph attacks become. To further bolster their ranks, players can track down and recruit the rest of the Wonderful 100, who have eccentric costumes and wild names, like Wonder-Guitar, Wonder-Locomotive, Wonder-Signal and even Wonder-Toilet.

Unite Morphs are also used for puzzle solving in the sprawling and towering game world. Drawing a straight line might create a ladder for scaling a wall or a bridge to cross between buildings. Unite Hand might be used to turn an oversized crank, while drawing a triangle might create a hang glider to fly through the city. Puzzle solving also takes advantage of the second screen on the Wii U GamePad controller by allowing players to control individual heroes.

The in-game Wonderful Mart lets players spend O-Parts acquired during battles to unlock additional Unite Morphs, as well as new abilities and upgrades. The game also challenges players to get top scores in their missions as they gain strength and experience, and learn more devastating combos.

In addition to the frenetic single-player mode, The Wonderful 101 offers a co-op multiplayer mode for up to five players. With one player controlling with the GamePad and four others each using either a Wii U Pro Controller or Wii Remote with a Classic Controller attached, friends can team up to take on the game's numerous and larger-than-life challenges.

The Wonderful 101 can also be purchased and downloaded in the Nintendo eShop on Wii U. For more information about The Wonderful 101, visit http://www.thewonderful101.nintendo.com.

Remember that Wii U features parental controls that let adults manage the content their children can access. For more information about this and other features, visit http://www.nintendo.com/wiiu.

About Nintendo: The worldwide pioneer in the creation of interactive entertainment, Nintendo Co., Ltd., of Kyoto, Japan, manufactures and markets hardware and software for its Wii UTM and WiiTM home consoles, and Nintendo 3DSTM and Nintendo DSTM families of portable systems. Since 1983, when it launched the Nintendo Entertainment SystemTM, Nintendo has sold more than 4.1 billion video games and more than 655 million hardware units globally, including the current-generation Wii U, Nintendo 3DS and Nintendo 3DS XL, as well as the Game BoyTM, Game Boy Advance, Nintendo DS, Nintendo DSiTM and Nintendo DSi XLTM, Super NESTM, Nintendo 64TM, Nintendo GameCubeTM and Wii systems. It has also created industry icons that have become well-known, household names such as MarioTM, Donkey KongTM, MetroidTM, ZeldaTM and PokémonTM. A wholly owned subsidiary, Nintendo of America Inc., based in Redmond, Wash., serves as headquarters for Nintendo's operations in the Western Hemisphere. For more information about Nintendo, please visit the company's website at http://www.nintendo.com.