The current state of the Wii U eShop.

I know that this is not Nintendo's responsibility and Nintendo themselves clearly don't give a crap about Wii U anymore (and haven't for years), but shouldn't they maybe reach out to some publishers and remind them that the Wii U eShop still exists? What I mean is games from Wii U's launch in 2012 such as Batman: Arkham City Armored Edition, Need For Speed Most Wanted U and Warriors Orochi 3 Hyper (just to name a few) are all still going for $59.99 each in the eShop, despite being brought down to a more reasonable $19.99 in the PlayStation Store and Xbox Marketplace. I'm sure plenty of Wii U consoles got passed down to younger siblings when Switch launched, none of them should be expected to pay those prices. 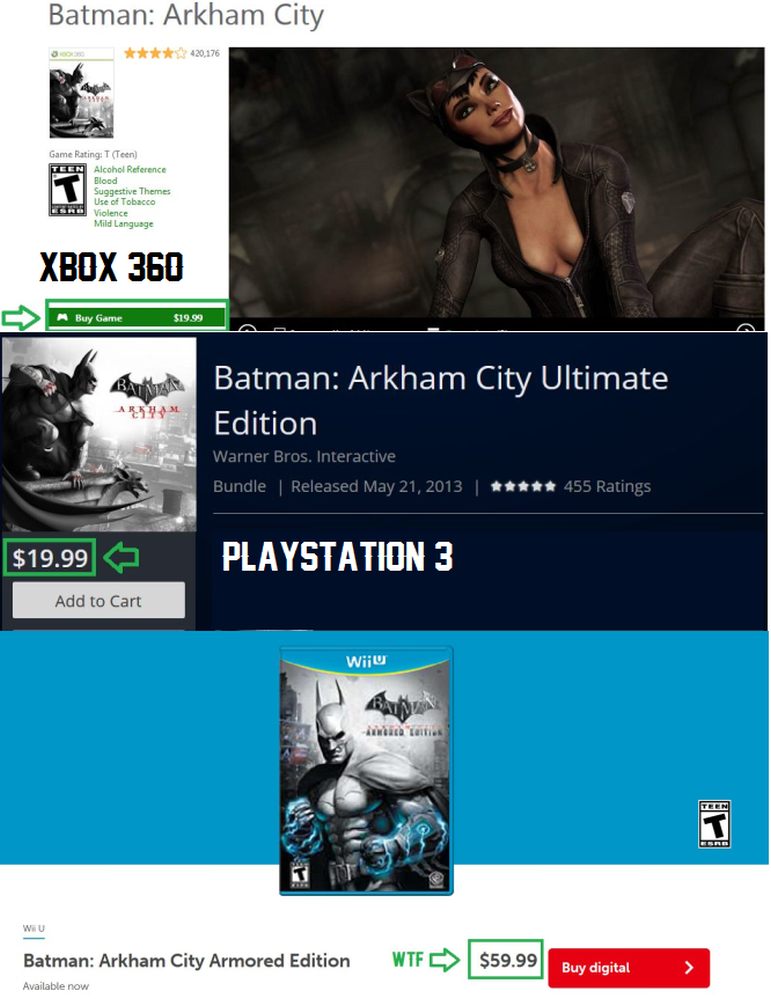 Note that the price of Batman is made even worse because you can buy both Arkham Asylum and Arkham City remasters together for $19.99 on PlayStation 4 and Xbox One.