ARMS - Yabuki reveals the most popular characters and modes, thoughts for the future 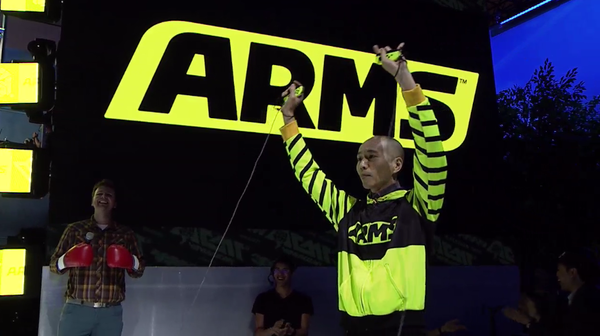 In an interview with French website jeuxvideo, Arms producer Kosuke Yabuki revealed some game statistics regarding the most popular Arms characters and modes. He also revealed a few other tidbits regarding the game's development.

When the first prototype was developed, it was not yet decided which console it would be used for. This prototype of a fighting game seen from the back with the arms relaxing already existed before the presentation of the Switch, and it is really at the moment when we were presented the prototypes of JoyCon that we thought that it could be really nice to use this game prototype that already existed, for this new console, which would later be the Nintendo Switch.

I do not have any memories in particular, but what I can tell you is that there are a lot of ideas that have been tried but have had to be withdrawn at various stages of development. At Nintendo we have a slightly different working methods than other development studios. In the latter, there is usually a project written on paper. The problem is that we can not guess whether a game will be interesting simply by looking at lines on a piece of paper. That’s why we design our prototypes keeping in mind that we must build to destroy, and vice versa. That’s why I have a hard time remembering everything that was introduced and removed in the game.

One of the problems we had had from the start was to introduce this feature of the fist that stretches and contracts in an online gaming environment. It was a real technical challenge because of the lag. A method has thus been devised which makes it possible to absorb the lag during this stretching of the arm. Thanks to this technology, it is impossible to detect latency in the game.

Discussing the most popular characters and modes:

We have all this data through online gambling, actually. The most selected characters are Min Min, first, and Kid Kobra second. The trend is that players raise their level of play in the Grand Prix mode before going online. It is not very obvious, but it is the basketball that is a little more played than the others.

Thoughts for a possible sequel:

Already, let me say that if the game is so successful and the players ask for a sequel, I will be the happiest of men in the world! For now, the only thing I focus on is bring enough content so people can play along. However, if I have this opportunity that happens overnight, I can tell you that we will put the whole team on to have the great idea that will appeal to all.