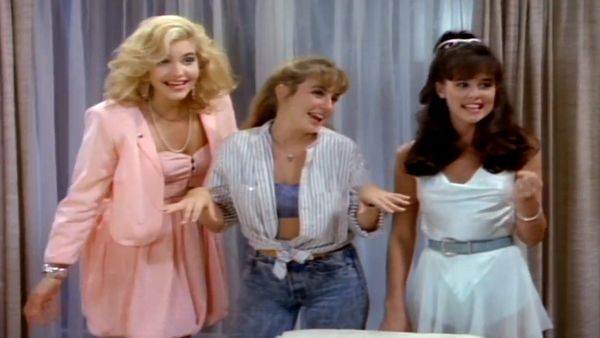 Not happening unfortunately. Nintendo was on board originally but pulled out two days later for a very random reason. I tried.

We don't have any information as to why Nintendo backed out. The only other detail we know is that it's not related to securing a dev kit. Thanks to TheDreamingHawk for the heads up!

UPDATE - The devs have given a bit more info as to why the game wasn't given the green light. Thanks to Asperatology for the heads up!

Time frame issues. That's all that we'll say about it going forward. It sucks but nothing we can do about it so moving on.

well Howard LIncoln did say it would never appear on a nintendo system.

I remember when the Revamped campaign was going on and they actually used that statement as reasoning for not wanting to do a Wii U version. Was really really dumb and I think it led to the game not getting funded as a result (or at least not as funded as it would have been with a Wii U stretch goal).

If it's really that statement as the reason Nintendo won't let the game on the system (even when the devs of this port are willing) then it's really sad that twenty year old grudges won't fade away.

It's because they made a blood oath with Tipper Gore and she was ready to collect.

Is that true? It could be, and that's the scary part.

"night trap has no place in our society" Howard Lincoln (so funny!!)

Lincoln was overly critical of the game in a poor attempt to throw the ball at SEGA and say "we do not make violent games" failing to realize that violence will be the way forward with nintendo jumping in by directly funding mature games 2 gens later. This was bad and I understand their sentiment but I also remember them saying they do not want to publish for the Wiiu (understandable) but this tweet...really showed that it was all a poor marketing stunt.

yet I would still like to play this game (with achievements obviously) and I hope that somewhere down the line, more live action games (point and click) would get the same treatment (tex murphy) but not releasing on nintendo...not a problem really.

The game is garbage anyway.

Imagine how the physical release would be.

"What's worse? The taste for this game, or the taste of this game?"

Hopefully they work it out in the future.
No real reason for this to not be on Switch.

I so much agree. But I also really want to know what exactly the reason was/is.

Senran Kagura is on Nintendo systems. ;)

This game is 100% american. Like, I really don't think anyone cares outside of your country guys. Here in Europe we have no idea what this is. It looks fun as in stupid fun.

I knew very well what it was back in the day and thus still do.

Stupid fun can be good! Would have loved this on the Switch for several reasons. One is that it needs all kinds of games. Another is that it shows Nintendo not being so conservative (they have loosened up a bit the last years).

Okay then. I personaly learned about the game after hearing about the remake and when I looked it up, I noticed most info sources about it were american. And also it made sense that it was mainly american cult classic since the game would have been pretty hard to translate to several countries back in the days.

Also it was not a judgement, I like stupid fun ^^

I'm not saying it's not a very American game. It sure is. Just saying that it was known here in Europe (Norway at least) back when it came out.

Well, I don't think this game should be translated at all. Sub it would be more than enough for those who don't speak too much English ;)

And yes, stupid fun can be great. SPecially on Sundays :D

I'll get the PS4 version, I guess. No biggie.

And what garbage would that be?

Life of Black Tiger for one, Skylight Freerange 2 was another. Jim Sterling recently did a Jimquistion on them and more...

And Nintendo has never had garbage on the eShop? Sony doesn't have a monopoly on shit games. Nintendo isn't suddenly better than everyone else because they didn't support a limited print run of one game. In fact, to the best of my knowledge Limited Run hasn't had any games for Nintendo platforms in their lineup.

This has nothing to do with a Physical Release, Night Trap HD is also coming to Xbox One as well. I'm well aware of Nintendos past, and Sony doesn't have exclusivity to crap, Steam is infamous for letting garbage onto ut's seevice ona weekly basis, I'm just happy atm that it looks like one of the consoles is holding back on cheap crap

One game isn't a trend.

This was a hefty price for "shovelware" back in the day. Mattel was about to make their own VHS powered game console but backed out when they realized that games like Night Trap required their very own studios to make.

Time frame issues? Thanks for answering with a non answer. What's up, Nintendo?

Wouldn't explain why a digital release would be out of the question, but currently Nintendo is prioritizing Switch carts for games that are released to a larger audience while trying to play catch-up on games like Bomberman and Isaac which sold better than the companies involved planned for.

Probably a port situation. They probably wanted to release around a time lot of ports were already supposed to be released and Nintendo said they don't want too many port close together... Would fit with the narrative we got from other devs denied.