Grant Kirkhope would love to work on a Zelda game 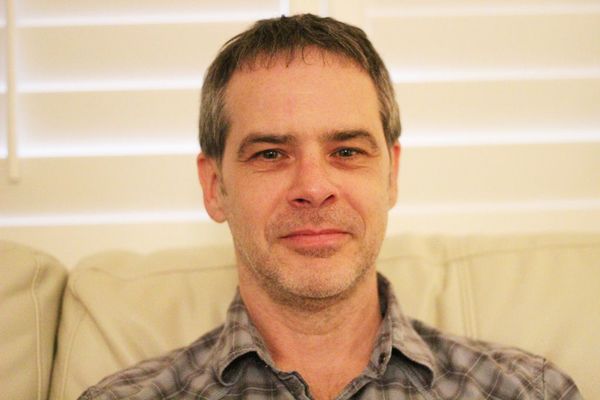 Coming from a GamesMaster interview with composer Grant Kirkhope...

I’d love to get on to Zelda, I think. I’ve got to get to touch Zelda somehow. And I can’t imagine it would ever happen, but I would love to mess around with that… my favorite game of all time is Zelda: Link To The Past on the Super NES, that’s without a doubt my favorite game… the soundtrack to that is awesome. That little dungeon tune you have in there, it’s only like a 30-second loop, but you never get tired of hearing it, it’s just so fantastic. And the main theme is just the best in the world, right? It’s just like, I’d love to, that’s never going to happen, right? But Zelda would be awesome. To get to touch something like Zelda would be amazing.

I'm really loving his work in Mario+Rabbids. I adore his style, but I'm not sure if I could imagine it in a Zelda game.

Then again, I would never have imagined what we got in BotW and I adore what they did with that as well, so what do I know

If it has a vibe similar to Between Worlds I can definitely see his work being much appreciated, even with a few salt shakes of quirkiness for town music.

I've been buzzing since Playtonic formed for Nintendo to hire them to resurrect a Big N franchise. Gush at the thought of them giving their spin on Kid Icarus or an Ice Climbers adventure/platformer/action game. Imagine Grant's musical style with either of those - o.m.g.

Literally throw them at anything, sit back and watch the magic. Nintendo has everything to gain from re-partnering with them.

It would bring me to my knees to see a revival of Diddy Kong Racing, or even a new 3D Donkey Kong game made by them (DK64 successor, or even something more like Mario Galaxy). Or hell, can we get Donkey Kong Racing finally? Amazing concept gone to waste!

Of course, their take on Zelda would surely be whimsical and special in it's own unique way. I'm ready for something fresh, but more in touch with the classical Zelda feel, after Fujibayashi's games (Skyward Sword and Breath of the Wild). If Koizumi can't take the reigns, Playtonic is my runner-up. I like to picture their Zelda as focusing on a younger Link, and having a deeply colorful and atmospheric fairytale vibe which would lean closer to Alice in Wonderland while not forgetting Lord of the Rings.