- another possibly scrapped Ranked game mode found in the testing version of The Reef
- on top of the bridge in the middle of the stage, there is an object called Obj_VictoryBall
- there are additional objects placed TestObj_Lft_VBallGoal placed in one team's spawn area as well
- AirBall is how Nintendo refers to the balloons in single player and in Battle Dojo
- Ball could be a balloon-related game mode
- Nintendo uses AquaBall, InkBall, along with several other items that do not have any relationship to balloons
- more evidence of playable Octolings, including an unused icon that pertains to single player
- possibly scrapped special weapon named Bazooka, which does not related to the Inkzooka 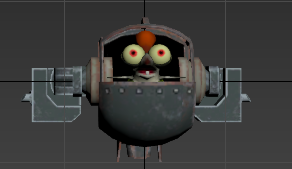 This is exciting, more evidence of Octolings and a new ranked mode! I love the pace of updates and releases in Splatoon 2, been playing it over 100 hours and expect to play much more, my 2nd favorite game on the Switch so far!