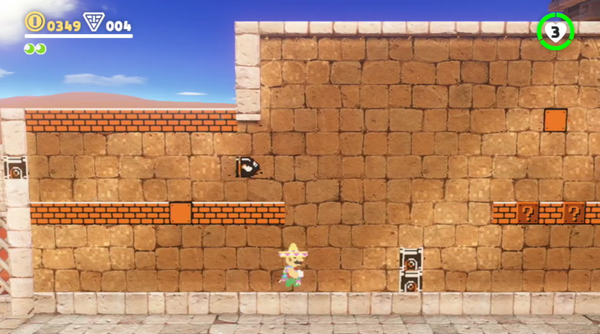 With the Switch, Nintendo has combined their console and portable divisions. Does this mean we're not going to see anymore titles from Nintendo that bring classic gameplay experiences, like a top-down Zelda or a side-scrolling Mario? Verge asked Nintendo's Yoshiaki Koizumi just that.

V: Some people might prefer top-down Zelda games, or for example you also have games like Metroid: Samus Returns for 3DS coming soon. If you were to make future games in those franchises for the Switch, would they be 3D by necessity or would Nintendo still consider a 2D perspective for these types of games?

YK: I wouldn’t necessarily consider a top-down Zelda or a side-scrolling Metroid games that have to be on a handheld, and there are of course people who like those kinds of games. And I think for Nintendo Switch I could definitely imagine those types of games appearing for it. At E3 this year a new side-scrolling Yoshi title was announced, and I imagine that going forward those types of games will be able to be played at home or on the go.

I predict a Zelda game like Link between Worlds being next up for the franchise on Switch. Then Skyward Sword HD ;)

3d gaming isn't always the best thing. Some games are better off to be in 2d like Kirby.

I prefer 2D Mario, Zelda, and Metroid games over the 3D ones. I just hope we don't see another game in the New Super Mario Bros. series, though. Enough of that. Why not a new entry that's similar to Super Mario Bros. 2?

So you want Doki Doki Panic 2?

Yes. Why not? The first game was really fun... one of my favorite NES games, actually. We've seen elements of that game in other titles since then, like the character differences in Super Mario 3D World and Toad pulling turnips out of the ground in Captain Toad: Treasure Tracker. Also, many of its enemies have appeared in other games, too, like Shy Guy, Bob-Omb, Pokey, and Birdo.

Are you against the idea of another Doki Doki Panic type of game? Do you or do you not like Super Mario Bros. 2?

Sure I'd enjoy another Doki Doki Panic.

I'm gonna be honest little burnt out on 2D games. I'm gonna get the new Yoshi as well as Kirby: Star Allies but they aren't exactly hype to me. The only new 2D games I would legit get hyped for would be a Zelda Maker (like that "proof of concept" they showed during that behind the scenes BOTW video) and a 3rd and final entry in Retro's DKC series hopefully with the return of the Kremlings. Other than that maybe a port/sequel of Mario Maker but honestly I could go without a new 2D platformer from Nintendo for a LONG while...