Level-5 planning to focus on Switch in 2018, CEO praises Switch and Zelda: Breath of the Wild 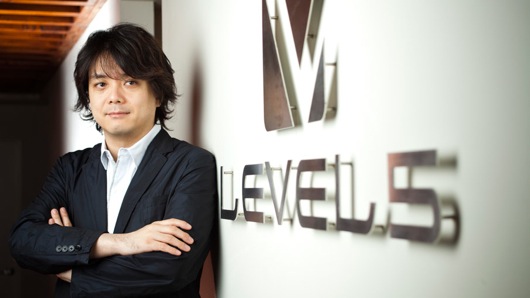 As we mentioned earlier, 4Gamer rounded up some of the game industry's biggest and brightest to get some input on their plans for 2018. Level-5 CEO Akihiro Hino was part of the group, and he had some wonderful news for Nintendo fans. One of Level-5's main goals for the new year is to focus on Switch. No specific games were mentioned, but hopefully we hear some details soon!

It's also worth noting that Mr. Hino himself is a big fan of the Switch. He tells 4Gamer that Zelda: Breath of the Wild was the game that impressed him most in 2017, and he also carried his Switch with him quite a bit. With Hino taking multiple business trips for the company, the Switch was a perfect companion!

That's great news! They're awesome and the Switch is a perfect fit for their stuff. Layton Collection alone could clean up!

Can I get my Nino Kuni 2 ? It's like the one and only PS4 game that's not a remake (Valkyria Chronicles, FFXII, Odin Sphere) and that makes me jealous. That's not actually true, there is Gravity Rush 2 but I know there is no hope there.

Since I'm not buying a system for two freaking games, it's either they put Ni No Kuni where I can play it, or they don't get my money at all.

Is there some sort of paid exclusivity there ? I bet there is. Sony knows this series would nbe right at home on Nintendo and they have been pretty much paying upfront to limit as much as they can the Switch game library. Hell we even know that there is a type of exclusiviy contract now that says "will be released on everything but the switch". Disgusting.

I think that‘s not even a decision to made by Level 5. Looks like the worldwide publishing rights this time are completely with Bandai Namco this time (level 5 published the first one by themselves in Japan). Wouldn‘t rule out a Switch-Port since Bamco is on good terms with Nintendo and Ni no Kuni II will see a release on PC too. But like you said, this can be Console-Exclusive on PlayStation 4 or at least timed exclusive.

It would be really great. And let's not forget the series started up as a Nintendo venture, at least at the very start.

I don't know Ghibli and Nintendo sounds like a perfect match to me. I mean even BotW is openly inspired by Ghibli aesthetic. I have always wanted a Ghibli designed Zelda game and that's almost what it is. Let's hope they will one day really partner up.

Ni no Kuni 2 is always on the PC as well though, if you have a powerful enough machine to handle it. I wouldn't be surprised if the requirements aren't that high and it will probably be customizable as well to make it run nicely.
If anything, I'd like to see the first Ni no Kuni on the Switch. It could run it, no problem, and as it is now it's exclusive to a system which has no forward compatibility whatsoever, and it would be sad if that was left there forever.

Yeah, that was a pretty fantastic title.

Can't say I'm surprised with this as it is to be expected.

I seriously doubt that Ni no Kuni can actually happen on the Switch. But really besides Professor Layton, what else does Level-5 have?

If the first one happened on DS, I don't see why not the Switch?

Maybe because Ni No Kuni on the DS was a different game...
Don't see it happening, Ni No Kuni is one of those games that won't look good with a downgrade in graphics.

I wouldn't say that it would look downgraded honestly...I mean, if its possible for Nintendo to port Wind Waker to the Switch( it kinda is btw), then I don't see how this game can't be ported considering that it also uses cel shading unless I'm missing some technical notes here.

No what I meant on my op is that I doubt that Level-5 would even take the effort to bring it to Switch. Its most likely going to be either a different version for the Switch or that they will make an excuse just like how Square Enix did with the Switch. It may be because of technical reasons but to me, if Wind Waker can be done, then so can this game.

Or that it could possibly be a publishing issue....

@Socar Level 5 support for Nintendo's handhelds has been pretty strong in the past and the Switch is very popular, especially in Japan, so I don't think they'd want to make a poor effort on it. Especially now that they made an official statement that the Switch will be their focus in 2018.

The potential publishing issue I can believe though. For the existing titles for PS3 and PS4 there might be an exclusivity deal that no one knows about (did Sony publish those in the west maybe?). But like I said above in response to the other comment, a new Ninokuni exclusive to the Switch and developed specifically to take advantage of its special features is not out of the realm of possibility. After all the series was birn in Nintendo hardware to begin with.

They could make a Ninokuni for the Switch that is tailored for the hardware just the same way that they did so for the DS. It doesn't have to be a downgraded version of an existing title. Besides, say it was a port of the PS3 game, the Switch is powerful enough that it could be an upgrade over the original.

How about a new Fantasy Life?