Nintendo listed as the publisher for The World Ends with You: Final Remix 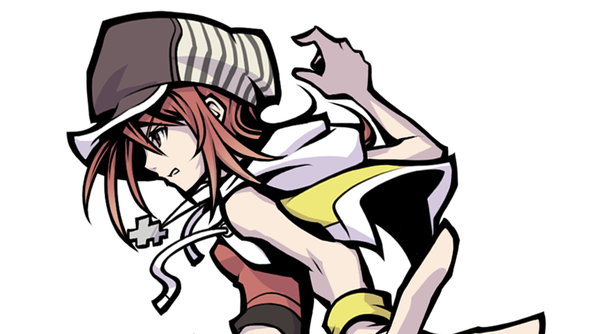 Looks like Nintendo might be doing the heavy lifting of bringing The World Ends with You: Final Remix to both Europe and North America. Both hub pages for the game list Nintendo as the publisher. Nintendo actually has quite a deep history of publishing Square-Enix titles in the states, especially in recent years. To see that Square-Enix and Nintendo went from not talking for 10 years to this kind of situation is pretty damn great.

10 years? You must be mistaken. Square made games for the GBA and GC, remember? It was 5 years tops. Once Yamauchi stepped down, Iwata started talks with Square again.

And when do you think talks to Squaresoft started, in the very same year that GBA game came out? Talks had to start at least in 2001.

I honestly didn't know about Chocobo Land. My mistake, sorry.

There were also 3 Kingdom Hearts games. They always supported the Handhelds and just ignoring most of their Consoles after the big break up.

It means that Square-Enix has no faith in us, so Nintendo has to prop it up. It's kind of sad, really.

Nintendo sure has to be publishing a lot of SE titles lately, but SE has no problem publishing it for the other platforms. Do they really believe TWEWY wont do good enough? It would sure do much better than Lost Sphere thats for sure. Expect the 3DS/Switch versions of DQXI to also be published by Nintendo.

Nintendo publishing and even translating games for SE in the past has ensured exclusivity on some of these titles. That's not only for SE as a matter of fact, the fact that Tales of Symphonia remained exclusive to the Gamecube in the west was simply because Nintendo translated the game themselves for Namco, and Namco coudln't be bothered to do a completely different translation and voice over to get the PS2 version over to the west as well. Such deals aren't necessarily a bad thing for Nintendo, and it's worked well in their favour in the past. Nintendo is publishing Dragon Quest Builders as well in the west by the way, or at least I think they do considering review copies got sent by Nintendo and not Square Enix themselves, at least in Europe.

It's not much different to money hatting but I guess I can see that it's better as you are backing a game that the owners may not have a lot of faith in rather than pay the company off from releasing a reliable franchise on other competing consoles.

Wonder how much $$$ Nintendo had to give SE to even port the game.

If you ask me, I think it was more like Square going “Hey guys, we’re remaking this, want in on it?” and Nintendo was like “Yeah, sure, why not”. I seriously doubt Nintendo asked them about it.

Why can't Nintendo of Japan publish this game? This way, they can have some ownership of the game like Bayonetta 2.

I really hope all this square Enix love Nintendo is showing is repaid by bringing the Kingdom Hearts games and FF7 Remake to the Switch.