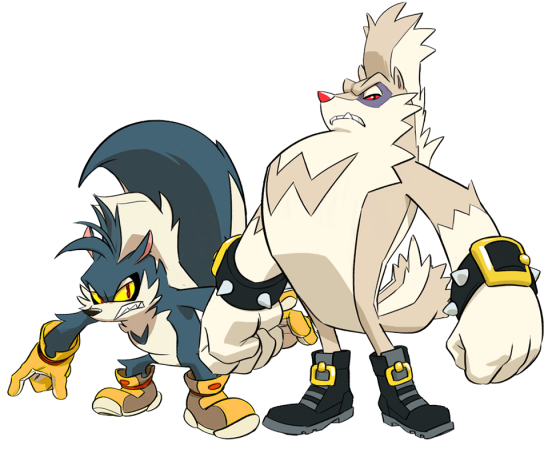 The IDW-helmed Sonic comic series kicks off in April, and it's going to include two more villains for Sonic to tackle. Above are Rough and Tumble, with Rough being the smaller guy and Tumble being the bigger one. We don't have much info on the characters, other than the quick blurb Associate editor David Mariotte shared.

“They’re independent agents, and more bullies than masterminds, but they’re tough enough to maybe become someone’s henchmen down the line.”

Knowing Ian's past with such characters, they'll become henchmen for someone fairly quickly.

I really like their designs. :3
I may start reading these...

You can't fool me

Never been a huge fan of Sonic's character designs in general but I really like these two.